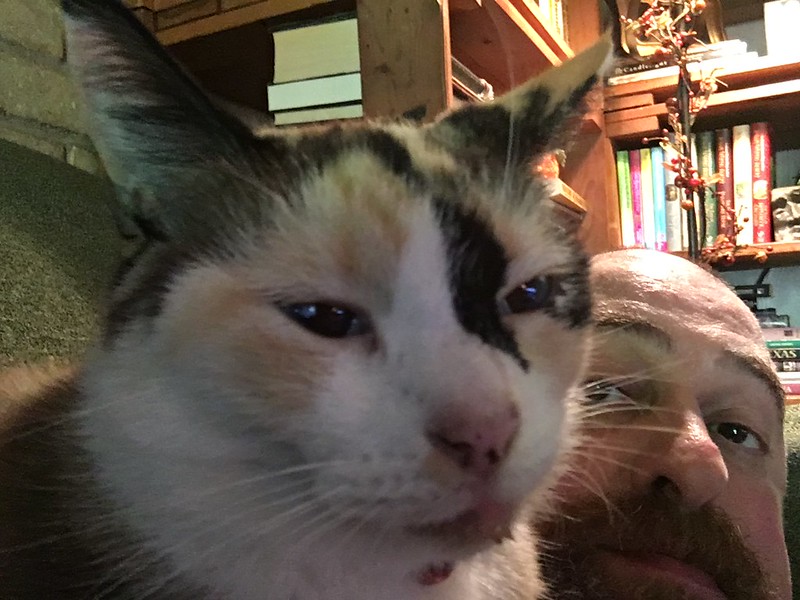 The cops were getting annoyed. They knew I’d killed him, and they knew that I’d disposed of the body, but without it, they had nothing on me and I was going to walk free.

I was having fun, and the more questions they asked me, the more I led them on a wild goose chase.

I let slip a few details, confident that without the incriminating evidence the worst they could do me for was wasting police time.

They knew I’d left the body in a basement in the city somewhere.

But what I wouldn’t tell them was, under where!

This story was co-written by a five year old!
By Christopher Munroe

What do loggers have on under their pants?

Plunderwear. Which is gross if you think about it, stolen underwear. I get that pirates aren’t the most hygienic people, but seriously. I mean, laundry facilities on old-timey pirate ships can’t be all that great, are they seriously going around in used undergarments stolen from ships they loot? It’s pretty disgusting. Indefensable.

For that reason, even if there were no others, I could never be a pirate.

What about 80s hitmakers Men at Work? What do they have on under their pants?

As a young child, my parent’s nickname for me was ‘Clark Kent’ – I was far too young at the time to attach any significance to this, and it was a good few years later that I learned about Superman.

Needless to say, I was pleased that my parents had seen such potential in me.

The name stuck, and even today I’m known as Clark to my friends. And it always makes me smile.

Until this week’s family get together, when I mentioned it to my mother.

“We called you that because your underwear was always on display!”

The summer was hot and humid. Larry was tired of having his underwear stick to him. His nether regions were constantly bathed in sweat, and the damp shorts chafed when he walked. He decided to go commando.

As he strode to his office, he felt good. No more sweat! No more chafing! Larry wished he had done this years ago. He received some strange looks – was it obvious he lacked underwear? He glanced down. Yes, apparently it was obvious, because his fly was down and his penis was flapping in the breeze.

Stockton was ready for the overseas visitors to the factory. His boss had said that a small group would be taking a tour and spending the day on the factory floor, and that Stockton was responsible for seeing to the safety and comfort of the visitors. To that end, he had sent ahead some safety instructions: hard hats needed to be worn at all times, along with steel-toed shoes, no jewelry, and, in case the group included women, no skirts or dresses – pants only, to prevent loose-fitting clothing from getting caught in the machinery.

The group arrived. Stockton watched in amazement as they walked into his office, three men and two women, clad in hard hats, chambray shirts, work boots… and bikini underwear. “Bloody hell, mate,” one of the guests said, “you Yanks really take safety seriously. Never been told to show up in me pants before.”

It was Montmartre day five. The last piece of underwear had been worn. It was at that very moment that the seminal wisdom of traveling was reduced to its subatomic singularity. When you are out of underwear it’s time to come home. My traveling compatriot had circumvented this reality by successfully working through the 3rd level mystery of the Paris auto-laundromat. I chose the way of the Gallery Lafayette no less mysterious and fraught with peril. No Small, Med, LG labeling just weird numbers and letters. What I ended up purchasing made the 7 hour flight home in a word: challenging.

The light was on and no one answered. The police found her in her bedroom, sprawled on the bed. She had been stabbed 16 times. A lover, a stalker, her dealer? An intruder, perhaps? Then, they arrested him because he waltzed into the precinct and confessed. “I killed her with the kitchen knife. It’s still there.” Simple, right? Nope. The police searched the house. They couldn’t find the knife. Circumstantial evidence. Not enough. He was released. At her funeral, he wrapped the knife in her panties and stuffed it in the coffin, under the froufrou laces, and walked away.

Underwear
———
Once upon a time, there was a boy so clever that he could think things that no adult ever would, like “who makes the elves’ underwear?” There were still elves in the world then, beings so beautiful that one could hardly imagine their underwear, or their toilets, or their drains.

It became his life’s ambition to study them and spy out their everyday lives. But the more he discovered, the more tenuous their existence became, for they were always creatures as much of myth as of reality.

And that is why there are no longer any elves in the world.

Dr. West pushed his assistant, Salt, aside and said, “Where he works is unimportant. We’re here to determine the source of his transformative ability.”
Harold Salt shrugged and backed away.
“Boy,” Dr. West said. “Transform for us.”
“I can’t,” Mickey said. “I need my monkey shorts.”
“You can’t transform without your underwear?” Salt laughed.
“I can, but then I’d be naked. I may look like a monkey, but I can still be embarassed,” Mickey said, folding his arms.
“If we find you some monkey underwear, will you change for us?” West asked.
Mickey hesitated, but finally nodded. “Okay,” he said.

They say that the road to Hell is also the road to Heaven.
At one end of the road is Hell, while at the other end of the road is Heaven.
But the truth is, I’ve been walking on this road for what feels like an eternity, and I haven’t seen either Hell or Heaven.
I’ve gone in both directions. Made chalk marks in the road, and never come across them again, so it’s not a loop.
Maybe one side is Hell, and the other side is Heaven.
Which explains all of the chickens crossing the road.
While on fire.

One thought on “Weekly Challenge #544 – Underwear”