This is Weekly Challenge, where I post a topic and then challenge you to come up with a 100 word story based on that topic: AGE 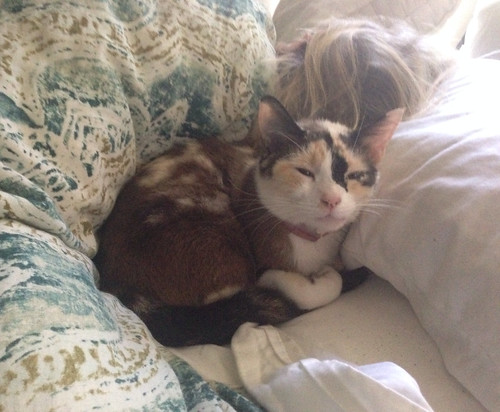 “He’s coming with me,” said the doctor. Smith nodded and the door on the wagon zipped shut. “Age has made you wise Proctor.” “If you are lying Caesar I’ll personally shove you into the digestive tract of a sand worm. “And that is the age old question: Am I leading you to the tiger or the lady?” Proctor’s plan proved positive, but it had not included the possibility of prize. Now it was El Cid’s opportunity to reel out his plan. He knew the Doc knew it was a trap, but it really didn’t matter. Tamerlane was worth the risk.

Being a kid has its disadvantages.

Being a teenager becomes, more often than not, a nightmare.

Yet being an adult is the worst.

It’s not only the fact that we are adults for most of our miserable lives, but also because, as old age kicks in, murmurous mondegreens tend to progressively take over our volatile certainties.

In the future, age will be irrelevant, I suppose.

I wonder if we’ll just get stuck at old age or if we’ll choose which age we’d like to be.

Oh, gosh. I just realized that we’ll all be young and breathtakingly beautiful!

My Fight Against Time

I never was okay with aging so I spent my life building a time machine.
The preliminary test project bent 2D space.
The model was a sheet of paper labelled from left to right: -10Y through 0Y: now.
A magnet made the plane curl. More force was needed to make it furl further; like a rolled up magazine-
such that the -10Y mark moved forward to the now position. Instead of a magnet, I capitalized on that
when planets’ orbits become collinear; their gravitational forces summate.
Before I could apply the device to 3D space; I learned I was terminal.

They say you’re only as old as you feel. Most mornings, I estimate my age at 97, give or take half a decade. My head hurts from the sinus congestion, my joints ache because I have a touch of arthritis, and my muscles ache…well, just because. But don’t pity me. By the time I get out of the shower, I’m no more than a septuagenarian. A brisk walk to the office and I’m no more than retirement age.

That’s where the trend ends, however. A couple of aggravating meetings in uncomfortable chairs later and I’m clearly ready for the old-age home. So when I tell you that this job has made me lose my mind, it’s just the metaphorical dementia setting in.

Then, abruptly, it was over. The happy Eden was gone, replaced by conflict and strife, where man and woman were at each other’s throats, where strangers bestrode the land, and nature itself was corrupt.

“Look, honey, I understand you’re not happy about my parents moving in with us, but don’t you think you’re being a little overdramatic?”

The Landrover rattled along the zoo’s service roads and pretty soon, George was heading for the main zoo gates and the open road.

No longer feeling his age, or his bruises, he smiled broadly as the realisation dawned that he was about to realise an ambition he’d always secretly held… and, flooring the accelerator, he sped towards the gates ahead of him, hands grasping the wheel tightly.

Once again, George’s expectations – built entirely on Hollywood movie scenarios – were a little high. Rather than crashing triumphantly through, he thudded unceremoniously into the solid iron gates and came to a dead stop.

They say age is all in the mind and you’re only as old as the person you feel.

Well, I wish somebody would tell my body! No matter how young at heart I feel, my body tells me I’m no teenager – the whole mind over matter approach fails dismally when it comes to facing the reality of a body that is no longer as young as it once was.

Faced with the inevitability of growing older, and all it entails, one thing is certain, I’m doing it gracefully – I wish I could, but my body’s just not up to it!

The dawn of a new age – that’s what they said – the marvels of technology, science and engineering would transform the world into a place of leisure: labour-saving devices would turn everyday tasks and toil into pleasure, whilst new materials would revolutionise our living spaces.

Such was the optimism of the 1964 Worlds’ Fair… Well that all worked out well, didn’t it?

How foolish to think that brightly coloured melamine, self-cleaning ovens and television in every room could really improve our lot… In reality, the dawn of the new age was simply the fading light of a once golden age.

Age
——–
“Ladies and gentlemen,” proclaimed the huckster, “you have heard of the elixir of youth, but who wants to be a dumb teenager for ever? I present to you, the elixir of age! Every day you drink this, you will find yourself a day older!

“A day wiser, a day richer, you ask? That is up to you! A day is more precious than a king’s crown! Use it well, and there will be no limit to your prosperity! Use it badly, and your fortunes will decay with your body!”

It sounded like a good deal, but he had few customers.

We love our grandma.
Grandma is in her 80’s. All her muscles hurt except her tongue.
She’ll give you a piece of her mind whether you are being nice to her or not.

Dad is 56 and will retire in a couple of years. He has to let her know whenever he needs to leave the house. When he complains about it, she says that last time she checked she was still older than he!

Once mom asked her if she wanted to take a shower so that she can help her. Grandma accused her of implying that she stunk!

As old as time itself – you can trace my roots back through lifetime to lifetime, generation to generation, to ancient tribal memory and beyond.

I am the driving force of creation, the stimulus for growth, the foundation of language and the glue that binds society – without me, life is less precious, success worthless and triumph meaningless.

I am unstoppable, ignored at your peril, the stuff of nightmares and the crucible of adversity. You cannot survive without me, yet would do anything to avoid me.

Yes, you know me intimately.

These are the days,

When the big sad rolls in,

With the moon’s mud tide—

If I could wish you up,

I would take you with me.

These are the days,

I am reminded over tea

How we are perceived,

The dark inside, and no one no knows.

You stood on your head,

And made me laugh–

When the big sad wins?

There is no halftime show.

Did you ever lie about your age? I have once telling a bartender I was twenty one before I was. My wife is slightly older than I but looks several years younger than I do. When we were first married I told people that she was nineteen. I continued to say this lie until a friend mentioned just how wrong it was to have a nineteen year old wife with a ten year old kid.

I am comfortable with my current age whatever it is. Since I lied about it so much I don’t remember what my age really is.

Our lives are a steady progression of days from the instant we take our first breath to the moment of our last. This is the inescapable fact of our biology, and at present, the average person can do nothing about that.

That fact however, really has nothing to do with our age. Age is a state of mind. We truly are, only as young or old as we feel.

Personally, I am hoping to spend the rest of my life somewhere between 21 and 30. Young enough to have all the fun and just old enough to be taken seriously!

His hands were shaking and he dropped the keys.

Hurry the fuck up! said one of the young men who had appeared in his garage.

He stooped as well as he could to pick them up.

This motherfucker is playin’ us, one said.

The key resisted the keyhole at first. He fumbled with making it turn.

New keys are rough and don’t fit well, he said, half to himself.

The fuck do I care, said the bigger one, shoving him. The old man stumbled into a recycling bin.

They kicked him, slapped him, disappeared. His wife found him there sobbing.

“You won’t let me hang with your group because I’m black,” Ben said.
“No,” Belenda said. “It’s not just your color, it’s your age. You’re so much older than all of us.”
“I’m not, really. I just got left out in the cold. I never even had a spot on me. A single night in the chiller, and boom.”
“I’m sure you’re sweet on the inside–just as sweet as any of the girls in my bunch. Face it. We’re banana’s. You could even come from the same tree, but if we didn’t grow together, you can’t be in my bunch.”

This is the day of the never ending age of insomnia. This day is beyond the age of MTV. We have our laptops, our Iphones, our Androids, our Ipads, and our digital television. We have a constant, permanent connection with the world 24 hours a day. This is the age that our childhood comic book heroes have become political hacks representing a country that no longer exists outside the fiction trapped within our delusional minds. This is the age were people we label terrorists rise up because they want food and water. This is the age of our own self destruction.

I still hit the club.

I’m not THAT old.

It’s every other week or so, but I still go. I’ll never be this young again, I deserve every moment of happiness that comes, and I can still be counted on, come last call, when I go, to be dancing.

Don’t mention that “the club” is a painstaking recreation of a bar I loved in 1998, I don’t want to remember that, but yeah, I still go.

You’re only as old as you feel.

And, at the club, I feel eighteen again.

The next day, I feel seventy.