This is Weekly Challenge, where I post a topic and then challenge you to come up with a 100 word story based on that topic: ACE 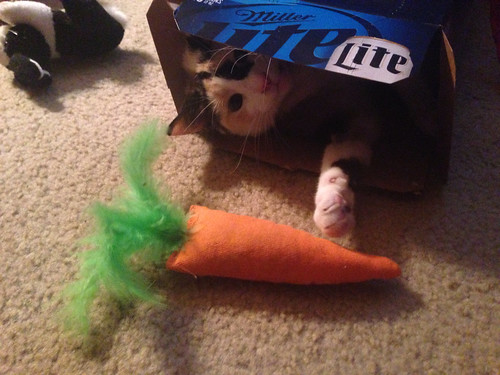 The Peter Principal
by John Musico

Hal’s real name was Simon, but he preferred the nickname Hal; like the computer in 2001, because above all things- he valued his intellect.
No doubt, he was a member of the Mensa Society where they held the “A.C.E. Awards”, American Coalition of the Enlightened: smartest of the smart. He made it into the elite subgroup. To his dismay, indeed to his humiliation; he soon found that he was no longer special. He resigned from ACE and when he did; he decided further, to resign from Mensa altogether.
Hal now hangs out with regular guys and again feels super special.

As Adams started to collect the pot, it suddenly dawned on the other three that this particular hand had five aces in it.

Guns blazed simultaneously. When the smoke cleared, the dealer, who had ducked under the table as the last hand was revealed, gently retrieved the extra ace from Taylor’s dead hand and pocketed a handful of large-denomination chips. He made his escape before the police arrived.

Perhaps the most interesting of the Doctor’s companions in the classic series was Ace, the teenage troublemaker who traveled with the Seventh Doctor. Here’s a girl who, without warning, found herself on an alien world and just dealt with it. She calls the Doctor “Professor” just to annoy him. She carries explosives with her whenever possible, and she’ll even apologize if she overestimates the amount of time on one of her fuses. To top it off, she beats the crap out of a Dalek with a baseball bat. Just don’t call her Dorothy…

Until now, George had felt like a loser, with the dealer holding all the aces. Now, out on the open road he’d at last regained some semblance of control.

If nothing else, he now had time to think, and at least he had the radio for company, although he was still baffled by the apparent ignorance of the world in general to his plight.

But, if the problems were so localised that the outside world knew nothing of them, all he had to do was get the hell out of this god-forsaken place.

If only he knew the way!

Lieutenant ‘Ace’ McKenzie was known as a maverick. He’d built his reputation on taking things to the edge, and beyond – he was good at what he did, but his superiors questioned his methods.

For the third time in as many weeks, Commander Morton summoned ‘Ace’ to his office for a dressing-down.

“Lieutenant, you simply can’t carry on this way! When you’re out there, you’re part of a team – your company depend on you. You can’t just go off and blow your own trumpet!”

“Why not?”, protested McKenzie.

“Because, we just don’t do things that way in the Salvation Army!”

On a normal night this would have been a no-brainer. Five Card Draw three Aces staring up at me. I’m the last in the rotation. First guy throws down four cards. He’s holding the last Ace. Next two discard three possible pairs chasing trips. Last man toss one, a man known to chase inside straights. The pot gets amazingly large. First player lays out three Queens, looking pretty good, until the three Kings come out. Broke straight just shacks his head. I lay down my Aces, go for the pot, until the man with the single Ace shows his Flush.

O What A Lucky Man He Was

He was the first Drone Ace. The Air Force had to create a new metal to honor his 20 kills. Hard to find honor in tow toy planes dog fighting, but if anything the military mind embraces the Napoleonic Law to engagement. “A man with fight long and hard for a bit of colored ribbon.” The ceremony would have been grant, in the end they just mailed it to his widow. Seems the enemy had found a way of targeting the drones neural net and overloaded the signal. Fried the Ace’s brain. That man got a metal to. Another Ace.

I love hardware stores. Not because of the function. I’m in love with the forms. If you look carefully every conceivable hunk of brass, aluminum, or steel has its own distinctive artistic flair. Plumbing flanges are downright Victorian. Extruded bars very Bauhaus. Star punched screw head very post-modern. Currently I’m working with brass Acorn Nuts very steampunk. It’s not just parts, table saws, planners, drill press kinetic forms in motion worth of the praise of the Italian Futurist and Marcel Duchamp. Yup I love Ace Hardware or as I like to think of it my own personal Art Supply Store

“Hey Ace time to head home with the woman,” touted El Cid. Banister stifled a laugh, Sparky did not. Smith clocked the bandit with the back of his hand. El Cid spit out blood and finished his insult. “And the babies.”

“NO” boomed a disembodied voice, at one like Timmy’s, but older and raw with cancer. A 12 foot green column formed behind the lad. Three silver shape took form as arms and legs delineated.

“We are going.” Flatly stated the Duke

El Cid fell forward in submission along with Sparky.

“No we not,” reply the mother.

Fans argue their favorite Doctor, passionate about their preference, but there’s less discussion with regard to a Whovian’s favorite companion, and I don’t understand why.

The companion is, after all, as vital to Dr. Who as the Doctor himself, as much part of the flavor of the show.

For me, it’ll always be Ace. My first, and to this day my preference. Smart, sharp-witted, independent, everything a companion ought to be, and forever possessing a place in my heart.

Also; She beat a Dalek nearly to death with a baseball bat for calling her short. Let’s see Clara do that…

I frowned. “Every time we play, you ask! When are you going to learn the rules?”

“I’m sorry”, he replied, “I’m not really the gambling type, and I forget”.

Frustrated, I retorted, “Well, it’s about time you got a grip! Do you realise how high the stakes are?”

“Of course – that’s why I get nervous. Now tell me, please, what is the ace?”

“Hard luck”, I laughed, gathering up the cards along with the few thousand unfortunate souls in the pot.

An old fashion biplane lands carrying a man with a suitcase and a donkey with its hooves on the yoke. When the plane stops the man gets out and shakes Cliff’s hand saying

“Hello, I’m Professor Johnson and this is my star student, Francis, who doesn’t talk much.”

Cliff goes to where the professor sat looking for controls.

“Can you believe a flying donkey?”

“No, he’s flying ass. If I’d known your paper wished to see a flying pig, I would have chosen Hampton to fly me here.”

People say happiness is upgraded when shared, although Ron was skeptical about that. Last time he tried to meet a girl, he spent months recriminating himself for his goofiness, which triggered a discouraging sense of social inaptitude. However, he was a determined man. One day, he summoned all his courage to talk to the cutest girl he had ever seen. He sat next to her and played his card. She talked and talked. He listened. She talked some more and he listened. Thirty years later, they are still together. It seems people were right about that happiness thing after all.

Ace
——–
The gambler and the stranger faced each other.

The stranger shifted a cigar from one corner of his mouth to the other. “Check.”

“Reckon you got me beat,” said the stranger. “I only got a flush.” He laid down his cards. “Ace high. Where’d you get that ace of spades, when I got it right here?”

A gunshot barked under the table, and he fell to the floor.

He marches alone through the maze, up one isle and down the other lost in his thoughts. He was, of course, thinking about the little girl in the blue dress.

Really, if anyone were to ask him his opinion, which he did note they had not, he would have agreed. Painting the roses red was the most logical way to appease the queen. But what did he know; he was just a lowly Ace.

My Memory of Heidegger

Everyone wants to debate Heidegger’s Nazism.

He also obsessed from morning to night about Go Fish. Anyone can see how his philosophy derives from this simple card game.

In October 1957 I visited Heidegger in his Schwarzwald “Hut,” which meant I had to play cards with him. After several hours I asked the Great Ontologist for aces. Go Fish, he said. On his turn, when I had one card left, he asked for aces! He declared victory before he saw the card!

Furious, I reminded him I’d just asked for aces. He said he’d drawn one. More nonsense!

So you see, Heidegger was a big cheater, too!

One may study the rules of Tortubian Go Fish for decades without comprehension.

An Ace (this is the title they use for Tortubian Game Masters, in honor of this central card in their version of the game) must account in each outcome for the moves and tactics employed in the game insofar as they were motivated by the absence of aces in the Tortubian 87-card deck. Until such an account is given, the game is nonexistent.

This opacity, along with the rule that an Ace may not bear any outward sign of status, and Tortubian love of their game, have established Go Fish as the center of Tortubian existence.

On Clownola — the planet, in distinction from Clownland, the planetary government (a concept praised by Kant but dismissed by Hegel) — the improbable is expected.

They have a simple proverb, to the effect that it is highly improbable that in the infinite universe there should be an inhabited planet called Earth, where the odds of drawing an ace to a royal flush in poker (these terms meaningless sounds to them) are almost a certainty by comparison. Yet people on Earth speak of Clowns.

Of course they have no more belief that Earth exists than we do in the existence of Clownola or Clowns themselves.

Baron Villim Von Vindowvinder adjusted his monacle and took a deck of cards from the pocket inside of his suit coat.
Across the small table Sir Andrew Cranksworth, Earl of Upwidget twisted one side of his snow white mustache and said, “We’re old men, Baron. Deal the cards before one or both of us expires.”
With arthritic fingers the baron slowly shuffled and dealt the cards.
In the end when the baron called the earl, they both showed their hands and laughed for hours.
Who would have thought that the old pair of aces each had a pair of aces.

Dad always said to keep an ace up my sleeve for when the going gets tough.

The problem is, I’m always wearing the wrong shirt. The ace is up the sleeve of a shirt that’s at the dry cleaner’s. Or in my closet.

Once, I gave away the shirt with an ace up the sleeve to Goodwill. By the time I realized it, they’d already washed and given the shirt to some homeless dude.

I wandered the city, looking for that shirt, but the I never found that bum.

I came close, but he had an ace up his sleeve.