This is Weekly Challenge, where I post a topic and then challenge you to come up with a 100 word story based on that topic: VALUE

The next 100 word stories weekly challenge is on the topic of PIRACY. Scroll up and click on Weekly Challenge to learn how to join us! 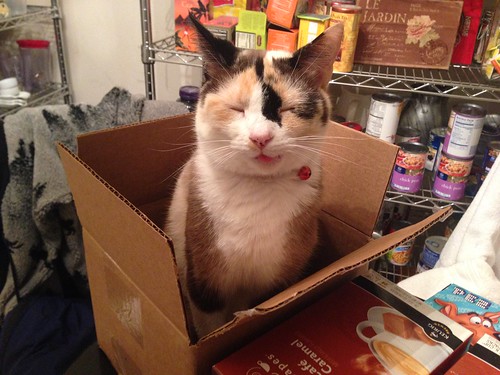 Naughty or Nice
by Jeffrey Fischer

Santa Claus used to give naughty kids a lump of coal in their stockings. Despite increasingly stringent environmental restrictions, coal was pretty valuable these days, and Santa worried that kids weren’t hearing the message when they received a lump of something of value. He mused over his problem before the solution hit him. An evil grin formed on his face, frightening the elves.

That Christmas, millions of naughty children awoke early and eagerly raced to open their presents. The naughty ones saw a CD-shaped bulge in their stockings. When they reached in, however, all they found was an installation disc for AOL version 5.

The most disturbing thing about the images that George was viewing was that the most recent was taken less than a couple of hours earlier… Someone had been watching him all this time.

Angrily, he shouted out: “Who the hell are you? Why let me suffer like this, where’s the value in that?”

Fuming, George returned his attention to the computer, scanning rapidly through the other candidate’s files – three in particular caught his attention: folders with fewer images than the others and all sharing a common final image.

The ‘candidate’ sitting alone beneath a sign: ‘Waiting Room’

“Of course, I’d never sell it” – the biggest lie you ever hear on the ‘Antiques Roadshow’.

Of course they’d sell it!

You watch them sitting, nodding politely as the expert tells them the history and background to their piece, when all they’re interested in is the value. You can almost hear them screaming internally: “Shut up about the outstanding filigree work and tell me how much the damn thing is worth!”

If I was an antiques’ expert, I’d tell them it was a cheap imitation, then rescue it from the trash after they dumped it.

Then I’d sell it!

Fred lived in New York and was a looser. The T.V. commercials made clear slender is beautiful but his wife was fat.
A winner has places to go, people to see; fast movers and shakers. Fred moved real slow and wished lunch breaks were longer.
No one at the office liked him. No surprise he got transferred to another branch, as far away as possible- the one in Mexico.
In Mexico, men with skinny wives were presumed poor providers and were ashamed. Living life is what is most valued. Lunch breaks were two hours. Fred was never a happier camper.

Marty was a very young man, and “The Old Man” next door was as wise as he was old: he was very old.
Marty would stop off whenever he needed advice. Marty’s marriage was on the rocks. The young newlywed decided if he could just force his wife to kiss him good morning, and she did for a long enough time; all would be fine. The Old Man’s face went solemn; “Young man, forcing behavior isn’t the same as one choosing that same behavior. Sincerity is what gives an act value, substance, meaning. That kiss, son; is a meaningless kiss.”

Hi, my name is P, …I came to make amends… 10 years ago I took some things I shouldn’t have… wrecked some things…

Yeah, I remember you. You’re the bitch that came in like she own the place. Broke my mama’s heart. Folks ain’t around anymore, so I guess I’ll have to accept your apology – Your values change any as you grew up?

…yes, my teen years were rough, but I am in a program now…

And with that, Baby Bear bit Platinumlock’s head off. No change in haircolor was going to convince him.

We all have our passions; those inner demons that persistently tug on our
souls to follow them to places we know we should not go. Thus it was so.

Driven by hunger, by thirst, to this turnpike exit, I stood amidst the odor
of grease and disinfectant to bargain with the beast; his florescent lit,
pus ridden face sneering down at me while he rubbed his palms together in
fly like anticipation. What price would bring him my soul?

I swallowed the last of my dignity and spoke first:

(music: “A Microtonal Tapestry for Chad” by Andrew Bisset / CC by-SA 3.0 /
revised by the addition of the familiar but distorted jingle at the end)

“How much do you value your life?” I asked him, holding the gun to his temple.

“What if I let you go, but take your wife’s life instead… or perhaps I should shoot this total stranger in your place?”

The woman whimpered and the strangers’ face turned white.

“Or perhaps you’d prefer to fire the fatal shot yourself?”

“So, your life, or your companions’? Whose has the greatest value?”

“Please let us go”, he whispered.

We came to a stop and the doors slid open.

“If you insist”, I replied, leaving the elevator.

“But next time, please take the stairs!”

Everyone talks about family values, but what’s the true value of a family?

I mean, father, mother, two or three kids, say two for the sake of argument, that’s four transplantable hearts total, eight lungs, four livers, endless yards of usable intestine, to say nothing of the kidneys, the bone marrow, the retinas. It adds up, but to what?

What’s the family value, what is it truly?

I know a guy who knows a guy.

And I’ve kidnapped a family, and soon, I will know its true value.

When I was an Algebra tutor the hardest part of my job was shoving 60 minutes of explanation into a 20 minutes session. To accomplish this I had to come up with a General Formula for word problems. Further I had to demonstrate it in a way that would dispel all resistance. I figured the best way was to solve 15 problems simultaneously. Across three sheets of paper I wrote the following

Had the students identify the Amounts and Values, do the computations, out popped 15 answers in 14 minutes.

Order out of chaos.

The Doctor handed Sparky his Tricorder. “Reset the Array Function.” Sparky popped the back off and set two probes to the internal circuits. Smith was also busy resetting Dino Mod. “Access security files 1066 to 1963.” Banister was having a quiet conversation with the Duke. Which left Timmy to ponder the glowing bread box in front of him. ”Doctor we got values off the chart,” yelled Sparky. “Doctor we got a problem,” yelled Smith. “DOCTOR GRAB TIMMY.” Yelled Banister. Something had compelled the lad to reach out for the box.

And he was gone.

Value
——–
My car was beginning to cost too much to maintain, so it was time to scrap it. Three scrap dealers all said the same thing, “No value left in a 12-year-old Skoda, but I’ll take it off your hands for nothing.”

I pulled out the radio and the radiator to sell on eBay. I kept the toolkit that came with the car. Siphoned out nearly all the petrol. The tyres were pretty fresh, but I’ve a friend in a garage who helped me swap them for bald ones.

Yep, I made damn sure there was no value left in it.

The new boss wanted to chat with me.

“The workers on the floor add value to our company by putting products together. The dock workers pack up the products and load them on the trucks and the drivers deliver stuff to the stores. The salesmen, the IT guys, even the janitor adds value in their own ways. You, on the other hand, sit in your office playing on the internet. Your job title is Bureaucratic Assurance. What does that even mean?”

“It means I bribe the federal inspectors to let our defective products get sold. Any more questions?”

Elroy couldn’t help himself, he was obsessive. He could never resist a good value.
He only shopped at Costco and the dollar store.
His children tried to have him declared mentally incompetent before he spent the balance of their inheritance.
“Their inheritance,” he scoffed. “I earned the money, made my purchases wisely and squirreled it all away, year after year.”
Using a case of macaroni and cheese for a chair and boxes of paper towels as a desk he wrote out a check for every penny of his savings and bought the Brooklyn Bridge at one tenth of its value.

Julie heard the fireworks outside. The neighbors were celebrating the New Year and their whistles and shouts made her sadder than she’d expected.
Recently she had come to realize how much she missed her family.
Her mother cried that first year she didn’t show up for the holidays.
Julie worked hard to make a living and it took all of her time, but when money became scarce, so did jobs, including hers.
Her family soon moved away, leaving Julie to live life as she pleased.
Julie regretted giving more importance to work and not to what should’ve been most valuable.

Value
By: Jessica Quin
Birdie watched as people passed her by.
Some ignored her, while others wrinkled their noses at her.
She no longer wanted to feel worthless.
Okay so, maybe she wasn’t the prettiest and her clothes were old. Yes, maybe her hair was slightly unkempt,
but she knew she could mean something to someone. She couldn’t understand why others couldn’t see her worth.
Then, one day everything changed.
The tall beautiful lady opened the glass door and gently lifted Birdie.
“She’s beautiful.” she mused.
She looked at Birdie’s wrist-tag.
Porcelain
Hand-made in France
500 thousand dollars
“I’ve wanted you my whole life.”

The Value of Time

When Mary left, she hinted something about the box especially that he shouldn’t open it. Obviously, Louie decided to open the damn box. Last time he found one, it contained thousands in diamonds that someone left in the attic of their new house. After hours of failed attempts to pick the lock, he felt totally inapt. Mary loved that. Hammering the box open seemed like the only option. Louie hit it a few times until the lid popped. Inside, a note. “You made it! Oh, by the way, I’m several hours ahead… with the diamonds. Catch me if you can!”

Most kings had royal executioners to dispatch enemies of the crown.

So, he hired a royal hugger to hug all friends of the crown.

Alphonse imagined that the hugger would be a kindly, grandfather-type of person.

Instead, union rules dictated that the executioner get the job.

He wasn’t a kindly, grandfather-type persion.

He was a large, scary monster of a person.

And he tended to crush the ribs of the people he hugged.

But the executioner hugged him instead.