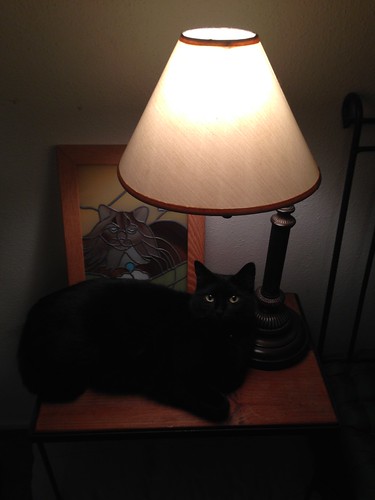 I can’t deal with winter.

Seriously, this is getting ridiculous, it’s cold as balls and I’m not going to put up with it.

And neither will my balls.

I’m going south. Birds go south for the winter, and so do elderly Canadians, and while I’m not elderly , I’m certainly Canadian and I’m sick of this weather.

The time has come to go the fuck south.

As far south as it’s possible to go.

Well, I’ve said it out loud. Antarctica it is.

Hopefully it will be a little warmer…

The first sign of spring isn’t a robin, or those funny flowers that poke out of the ground far too early for comfort. Spring is just around the corner and the long winter nearly a mere unpleasant memory when the first spring training baseball game gets underway. The game makes for boring television, but is a welcome break from the news of yet another snowstorm. Gio Gonzalez takes the mound for the first time since the playoffs, the wiry southpaw shaking off the rust as he tries to locate his pitches.

Spring is time for renewal and the promise of life – and the time when every baseball team is still undefeated, making plans for its World Series appearance. Such is the power of warm weather.

The mass migration south starts in October. A few cars at first, a few extra one-way tickets to places like Miami, Tampa, Naples, Fort Lauderdale. Then comes the deluge. Airports are a hive of activity, and filled with walkers and wheelchairs. Usually-empty restaurants are booked days in advance. Shopping center parking lots fill to the farthest rows. Highways slow to a crawl with traffic, white puffs of hair barely peeking above the dashboards of large American cars with license plates from New York, Pennsylvania, and Ohio.

The snowbirds have migrated south once more.

“Do you realise what it cost me to get you the chance of this tryout? And you’ve made me a laughing stock with your antics!, Julie’s onslaught was relentless, “I can wave goodbye to any chance of promotion myself now!”

“And as for that floozy… that Emily woman… what the hell were you thinking?”

George held up his hands defensively.

He gave his wife the puppy-dog look that never failed: “Forgive me?”

“Forget it, sunshine”, she replied, giving him a look several degrees frostier than a cold day at the South Pole.

The Artist as A Old Man

I was born in the south, but I am no southern. My people have hugged the northern Great Lakes for 300 years. I was a navy brat, delivered in the naval hospital, Bethesda Maryland. Before you South Carolinas or Georgians start your rant, let me point out the fuckn Mason-Dixson line, the one that clearly marks Dixie, separates Pennsylvania the north, from Maryland the south. Stop don’t give me, well it wasn’t in the Confederacy. Because it was full of federal troops. You don’t get to choose where your born, if you’re lucky you get to choose where you die.

As the snake spoke he had the lilting tinge of a southern accent, a Med-Atlantic Channel Island draw. He carefully and clearly listed the branching out comes of each choice laid before the boy, but much to Timmy’s dismay the end result was the death of one or both his parents. “I don’t really have a choice, do I? Wait a second … I’ve already made my choice, didn’t I?” “Took you long enough to figure that one out, pilgrim.” “Then what are we waiting for?” “For him.” The Doctor appeared. “Do it,” said Tim. “Do it,” said the Snake.

Southern belle
I’d followed her for months. Through swinging doors, musty heat, glares, and flies… and that scent! Putrid mixture of tears, and rotgut whiskey, “Maybe this ones it.” I counted three men playing cards, a slim man, and the barkeep. I’d have one left for her, even if things went south. The barkeep moved toward me, my hand now on my Colt, room went silent, and still. I whisperd “whiskey” I tossed my money and the mangled poster on the bar. “Where is she?” He said “gone, two days ride thataway!” He looked up and whispered “room #3.” “Get the gravedigger.”

“South…?” the man said, but Peter’s sense of orientation relied much more on pointing and showing the way than cryptic instructions like North or South.

“Thank you,” he replied, trying to look savvy in the secret ways of… finding the way.

In precisely one hour and five minutes, a twenty ton truck will thunder over the spot where I have left her lying.

Reach her first, and all will be well.

You now face a choice: North, South, East or West?

Choose correctly and she lives; otherwise, the truck wins.

But I am not entirely heartless – I will tell you which road to take – but do you have wisdom enough to hear me?

So, choose well and you will find her…

Stretched Out Upon The Highway.

Bolting upright from a suddenly evaporating dream, I grasp at the receding tendrils of details and emotions. Reaching for my ever present pencil and notepad, I fix my gaze upon the vintage Baby Ben alarm clock perched on the nightstand. With it’s nearly perfect crystal face and modern numerals, the timepiece is a powerful talisman which aids in the recollection of my dreams. My mother brought it North with her when she fled the South in 63, the year I was born.

Ah ha! The dream congeals. I fill two complete pages with the ongoing saga of my sleeptime life.

South
——–
In Oran, the East wind brings rain. The West wind brings salt spray from the far oceans. The North wind brings cool respite after the hot season. But the South wind is feared. Le catamaran, it is called, the mad wind of Oran. It throws its stifling heat like a heavy blanket over the hot season, and brings desert dust that stings the eyes and wears at the lungs of those who must work outside, however they mask their faces.

When a man goes berserk with a machete and murders half a village, people shrug and say, “C’est le catamaran.”

Mumph, splitting headache. Where am I? Ships hold?
Aw crap – the brig? Shit. Crikey those Dunedin Kiwis can party!
Wait, hold the phone, what am I doing aboard any ship? I’m done with this miserable work.
Well I thought I was. How the heck did I…

“Oi, the dandy mate, he lives! A bit pissed up you were at contract hall the other day. Thought we might lose ya you were so far out. Better learn to control those urges aye?”

“Yeah but South from Dunedin is… Oh shit no!”

Uncle Fred went south. Not south to Florida or the Bahamas or anything like
that. South like a direct face plant into his plate during Sunday dinner.
South as in dead.

Nothing ruins the pleasantries of a nice home cooked meal like someone dying
and triggering an improvised mashed potato and gravy explosion.

Dim articulated that one single syllable vulgarity that he would offer as
commentary towards just about any variety of circumstance.

Me? I called the ambulance. but not until after we had finished dessert,
Uncle’s favorite: Baked Alaska… southern style.

“It’s been quite the experience wintering in Lake Winnipeg but now it’s spring. If there is anything I have learned in the past few months is that the red part of the compass points north and The Red River of the North runs south.” said Joe.

“Yeah Joe, we have great memories. The locals coming to see the people from south of the border and the Mounties stopping by.” said Ben.
“Yeah, sure, you betcha, but just telling us we were so screwed wasn’t the least bit helpful.You know.” said Joe.
“Now heading south. To North Dakota and beyond!”

“So are you saying you don’t like my name, or that you think I should act more like a boy?” Bambi asked.
Dergle could see their evening was taking a quick turn south and searched for a way to repair the conversation.
“I like your name,” he said and swallowed. “Really, it’s too pretty for boys. It’s pretty like you. Even with your braces.”
She almost smiled, then the last line must have sank in.
“You think my braces are ugly?” She asked.
“No.” He swallowed again. “I’m sorry you cut your lip, and the stupid monkeys were on strike.”

Why do we fund all those expensive research stations down at the South Pole?
Well, they make lots of discoveries.
Have you ever said that something “went south”?
Well, they were finding all the things that have gone south.
Plans, terminally-ill grandparents. That kind of thing.
They funded the research project by collecting up all those things that went south and selling them on eBay.
The project was going great for a while, until it went south.
And that’s when the researchers discovered the mythical ninety-first degree South latitude.
And then wished they hadn’t. Because things are really fucked there.