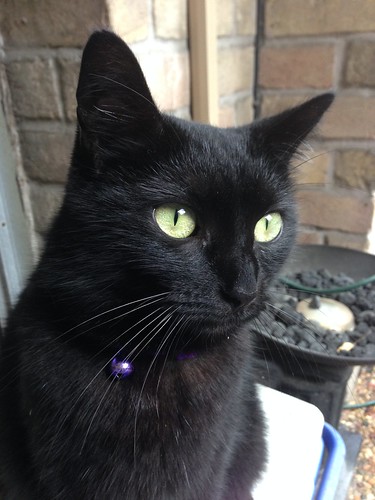 I’ve had my portrait painted, so as to live forever.

Because that’s how that works.

I like it rough and weird in the bedroom, you see, but my proclivities have on occasion left marks upon my body that were tough to explain to my more vanilla friends.

Now, the painting bears the scars, the bruises, it wears the collar and ball-gag and, no matter what I might get up to in the privacy of my home, I always look fine to go into work the next day.

All in all, it’s been a good system.

When Harry was fired from his gig as a stand-up comic, the club owner told him that Harry’s routine was more boring than watching paint dry. Harry left that day with bitterness in his heart.

He returned six months later with a spring in his step, thanking the club owner for firing him. Harry explained, “I wanted to know how boring I was, so I painted my apartment and sat on the floor, watching the paint dry. It was mesmerizing. I felt calm deep inside, and a peaceful feeling came over me. I’ve spent the past six months painting everything I could in order to keep that feeling.”

“So why are you back here, Harry?”

“Got anything that needs a coat of paint?”

For her twenty-first birthday, Kayla and her three best friends wanted to hit every bar they could both afford and dared to enter. Even with those restrictions, the list was fairly long. Half the time the ladies didn’t need to buy a round – pretty girls didn’t often go thirsty. Kayla started with trainer drinks – a Cosmo in the first bar and a Screwdriver in the next – but soon graduated to a Long Island Iced Tea, and ended up dancing on a table tossing back shots of tequila.

The next morning – or, to be more accurate, the next afternoon – when Kayla regained consciousness long enough to throw up and take four aspirin, her friend Monica, who was in no better shape, said, “I never want to be that sick again.”

Kayla agreed, saying, “The next person who says we should paint the town red needs to get a good kick in the pants. From now on, I only paint the town a light pink.”

George knew when to give in: “Now what?”

Julie sighed, “Now, you go home, while I go back in there and try and paint a better picture of you to my bosses than you’ve managed to do yourself”

She fumbled in her bag and fished out a set of keys.

“The car’s in the car park. Security will let you out… for heaven’s sake, don’t go ramming any more gates will you?”

To George’s relief, she smiled – a ‘you total idiot’ sort of smile, but nevertheless, it was a smile.

George smiled back, “I’ll try not to – but no promises!”

I still don’t know why they threw us out of the DIY store – it wasn’t as if we’d stolen anything, and as far as I can tell, we were doing nothing at all wrong.

It’s true that we’d strewn a fair amount of chain and rope around, but we were going to tidy up afterwards, and although we’d unpacked those power tools, we only wanted to ‘try before you buy’.

And to point out that it ‘wasn’t the place for that sort of thing’ was clearly at odds with the sign hanging over the paint department:

Apparently, it takes different strokes to move the world – that may well be true, but in my experience, it’s not so much how you apply the paint that matters, rather it’s the colours you paint with.

Whilst the optimist sees a rosy-hued future, the activist sees red and demands we go green – take that golden opportunity to save our planet, save our humanity!

Humanity? Sure… as long as it doesn’t clash with our political colours, and the colour of your skin is just the right shade of pale!

Different strokes – I don’t think so – It’s never that black and white.

A Well Defined Relationship Part 98
The noise of the hammering and sawing on 3Rd West made it all the way down to Obstetrics. The smell of paint triggered a deep memory in the Obstetrician. The day he asked his mentor’s advice they meet under painting tarps as workmen applied the final coat to his office. “You’re a damn good surgeon, too bad you’ve got an equally heart.” “I guess that rule out Thoracic. How about general practice?’ “Heavens No, I’m thinking Obstetrics.” Doc Proctor laughed the same laugh as he had that morning. “Mrs. Parsons is prepped, Doctor” “Umbrella and Sewing Machine finally meet,” He mused

Just a Rider in the Rain
Oly, bridle up the paint,” directed his father. The choice of horse told the lad which part of the ranch they would be inspecting. The paint unlike most horses never let the location of his feet freak him out. “We are riding the north ridge,” said Oly. “Wires down, needs mending.” Oly tried to sound brave, but his father knew Oly unlike the paint always needed to know where his feet where. “Oly.” “Yes Dad.” “I want you to do something for me.” “Yes Dad.” “Keep your eyes focused on the main just between the paint’s ears.” “Will do Dad.”

Like put paint on a house that falling down
Up in Canada we got this 50 year old garage. All the locals are waiting for it to fall down so they can laugh at the crazy American who painted it. Little do they know I have installed an internal steel frame with 16 inches of poured concrete. If the paint holds up the structure should stay standing for a good 300 years. My neighbors are going to have to wait a pile of generation in a cloud of irritation. “Think I’ll add on to the garage,” I say. “Won’t last a year,” returned Mc Donald. I just smile.

Deep in Process
In Art School there is a pecking order. You would think Sculptors would be on top and on the top of the top guys who live at the foundry. Nope, Painters. What keeps them on the top of the heap is mere presentation. Not those Acrylic guys, we are talking Oil painters. Drape oil canvas and you can rearrange the surface infinitely. One of my cohort spent the semester on one canvas, paint on, paint off. Wonders what you do with a turpentine rag. When ever asked about progress he would stoke his soul tag and say: I’m in process.

Let old Zackmann tell you about the last time Captain Cheyenne had us paint the Story Ark. We painted her grey not unlike a naval ship. You might wonder if that is a good color for a fine dirigible like the Story Ark. Well no, especially not when the captain wanted her painted plaid. Sadly Captain Cheyenne ignored the boatswain’s advice and directed all the colors to be mixed in the same container saying something about if the Stooges can mix spotted paint he should be able to mix plaid. As I recall the Stooges paint turned out grey too.

Bits of paint came off the wall as Tim scratched it with his only nail. All the others had been chopped off by that wretched machine at the factory, along with two-thirds of the fingers they were attached to. That didn’t bother him though. He got used to it. He did miss his thumb. He enjoyed going thumbs-up, for some reason. The remaining intact finger was an index; it was useful for pointing, granted. However, the really big problem was not having a middle finger. He felt like his ability to… express himself had been hopelessly destroyed because of that.

Bambi walked Dergle to the door, holding onto his arm and resting her head on his shoulder.
“I understand you, Dergle,” she said and turned toward him. “You don’t mean to say stupid things. You’re just socially awkward. That’s what I love about you.”
Bambi was really pretty, Dergle thought. Not like the women who paint themselves with makeup and dress in fancy clothes. She was naturally beautiful. He wondered if he should kiss her goodnight.
He’d hesitated too long. She shook her head and hugged him.
“Good night, Mr. Vander Hoont,” she said, opening the door. “Come again, soon.”

Riktor found his feet walking THAT familiar path. The forbidden path, he knew.

After docking at the quadrant hub station and debarking he wasn’t thinking about anything in particular, he thought. But here he was, walking THAT way.

Dazedly he was through the doorway of THAT dive. Riktor came awake. But before he could stop himself and flee his mouth had already barked to THAT woman, “So did you paint those on or what?”

Before he knew it the bouncer, the owner, and his ex had all bashed him in some way. And Riktor’s next “interesting” adventure had begun.

People don’t know how to see real colours, they spend too much time at computer screens. Go out into the fresh air, and you’ll see shininess, roughness, texture, scattering, translucency, iridescence– more effects than there are names for.

You ever wonder how those thousands of shades of paint at the hardware store got named? “Trumpet Red.” “Whisper Moon.” “Night Haze.” That’s my job: naming paint.

“Trumpet Red” was one of mine. In fact, I came up with the name first, and then the boys in the lab designed a paint around it.

But they drew the line at “Invisible Man”.

Adding up the expenses for the hospital visit was painful: ER visit, doctors, MRI, meds.

Thank God My nosy neigjbor noticed the front door open after dark. Joanne loaded me into her Prius and hauled ass to County. I think I lost about 3 hours, but who knows for certain…

The estimate of $2500 was too much to paint a few rooms, so I decided to do the job myself. It would have been a bargain at twice the price. I should have been warned by the name on the can– Bargain Basement Three Skulls Cover Up, guaranteed killer coverage.

Cindy didn’t want to know if the baby would be a boy or girl.
So, Jack bought blue and pink paint, and he waited.
When the doctor said “It’s a boy!” Jack put the pink paint cans in the garage, and got to work on the walls.
He rushed the job, the paint dried unevenly, and a few flakes fell into the baby’s mouth.
Yes, the paint had lead in it. Folks didn’t know any better in those days.
The boy was stupid and clumsy.
One day, he got into the garage, drank the pink paint, and choked to death.