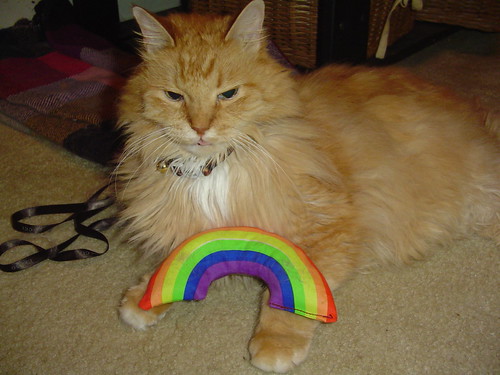 ‘Tramps’ is the name of our local nightclub – I worked there behind the bar one summer and I learned a thing or two, I can tell you.

When the punters have left and the strip lights go on, you see the place as it really is: dirty, smelly, stained and tarnished by the reminders of a thousand wild nights out that are really best forgotten.

And the girls look different too when you’re sober and serving. Ignorant, arrogant, and loud-mouthed; they sprawl over the bar counter, all tacky make-up and way too much bare flesh.

Tramps. The lot of them.

Riding the Rails
by Jeffrey Fischer

I sat in the Business Class car in the last remaining seat, next to a pungent gentleman in disheveled clothing. He explained that he was a hobo on his way to Philadelphia.

“A hobo? Aren’t you supposed to be riding a freight train?”

He waved an arm. “This is a lot nicer. I sprained my ankle hopping off a car a few years back and settled with CSX for two million. Now I can afford Business Class on Amtrak instead of a drafty freight car.”

“Seriously? You injured yourself while illegally riding a train and came out of it with two million?”

The evening had gone well up to then, Steve thought. He flirted with the woman at the bar – he was pretty sure her name was Alice – and they left together, heading for her place.

Some kissing and fumbling later, both Steve and Alice – or was it Andrea? – were naked. She turned, and he saw the tramp stamp on her left buttock. It may have started life as a butterfly but now looked like Mothra. Ah, the folly of youth, thought Steve. His own tattoo was a snake that now looked as though it had eaten a chihuahua. He shrugged and returned to exploring the realm of Mothra.

Nobody knows how tattoo ink came to be tainted with hallucinogenic drugs.

Maybe it was a problem with their manufacture, or perhaps somebody thought it funny to spike them, but there’s no way of knowing for certain, now.

Anyone who might have had answers is dead, after all…

What we do know is that, during Spring Break, close to two thousand young women, fresh tattoos on their lower backs, were suddenly thrown into uncontrollable, murderous rage.

We did what we could to get away from them.

But by then it was too late.

We were caught up in the Tramp-Stampede…

Chicks just don’t get guys.
Fashion magazine ice women do not appear on the cover of porn mags for guys. Fine, fashion mags are for women, but why don’t women get that when it comes to guys, the slut/wanting look is what guys crave hands down? It seems that the sad, for a guy at least, obvious conclusion is that; females value of other women’s opinion of them- is more important than what males value: yeah, gettin laid. So how ought we confused guys proceed? Accept that once a female feels accepted by her peers, THEN she feels sexy…you dogs.

They dont exist any more.

Friendly figures, but scary too, outside the rules. Like clowns.

“Gentlemen of the road” was the expression. Now they’re “homeless people”.

You can’t wander the countryside these days. Stick to the cities, more people, a numbers game.

To a small child, tramps were part of the world. They featured in children’s stories. You never thought about how that really worked, any more than you would in a dream.

That’s what childhood is, a dream. Growing up is waking up.

Reality often sucks, especially for tramps, but I’ll take it over any dream.

The grotto was pleasant. The two tramps, Roger and Romeo, had dragged a sofa and a few other commodities inside. With the fireplace in the center, the area looked homey.

Then, Romeo decided to bring a lady tramp to live with them. The altercations became constant. She worked at night, so she was happy not to have to take part in the quarrels.

One day, when she got back home, she found a note from Roger. “I’ll be back in a few decades. Romeo checked out, permanently.”

Roger that, she thought. It worked. She had the grotto all to herself!

The tramps are coming, and you’d better look out!

They’re coming to hunt you down, to whimsically beat you senseless; to break your bones with their careless capers and inept tomfoolery; to hunt you down and mess you up, with eyebrows wobbling furiously and slapstick hilarity.

So run and hide, lock your doors and stay off the streets because the tramps are coming, and they will be the death of you.

And, if you survive the tramps…

Just wait until the clowns arrive!

Tramps In The Future

She leaned in for a closer look. “Does it hurt?”

“Hell of a place for a piercing!”

Another shrug. “Seemed right at the time.”

“Yeah,” she smiled knowingly, “have ya seen my ‘seemed right at the time’?”

Not waiting for an answer, she whirled around and lowered the back of her
hospital johnny pants to reveal a faded, wrinkly, blue green splotch just
above the crack “Y” of her buttocks.

“That’s my tramp stamp but these fucking nursing home orderlies keep
mistaking it for a bruise!”

He laughed so hard his teeth fell onto the floor.

The Spring was Brief, then Brutal

He was a child of the Prague Spring. Watched as his father fled to the Americas. As a young man he went Tramping across the Czech country side. Developed a deep interest in Steinbeck and the precise location of the frog incidence. Meet a fellow Tramp named Marta who shared his dream of freedom in America. They planned to hang glide into Italy, but in the end a college visa and a quick dash over the border was the easiest course of action. When the Soviet System collapsed, they returned home, but they was no longer tramps, she they were Americans.

There’s a herd of buffalo that lives above me. They have no consideration for anyone, stomping around all night.

When I bought, I had my choice of townhouses. The garden access was a lovely feature, but now I rue my desire for greenspace.

I called animal control. “Buffalo should be living on the prairie somewhere, not in the heart of downtown, right?” Apparently there are native American issues associated, and they won’t get involved.

So I’ve invited my friend Bill Cody to visit; he says he knows how to fix my problem.

He came to our door one afternoon. His old bluejeans were stitched up many times and were darn near white from age.

My Mom was in the kitchen making supper for when Dad would get home.

Me, then a kid of about 10, ran to the door and yelled through the screen “Get out of here you old tramp!”

That was when mom whacked me up the side of my head from behind. She then brought the man some ice tea and a plate of food.

The tramp ate on the back porch while Mom taught me about respecting everyone.

Bufford sat in a side room at Boise International with a variety of tramps, hooligans and other suspicious people. A TSA agent wearing a crumpled uniform, two sizes too small, stood at the door trying to look fearsome.
Bufford balanced the dark matter collection chamber on his lap until the door opened and two characters in black suites and dark glasses stepped in.
The one on the left removed her fedora, shook out her long blonde hair and said, “Mr. Picklehacker, please come with us.”
He tramped behind them to a small dark room with a single chair and table.

Frank Sinatra sang lots of songs.
He also acted in a lot of movies.
But for all his talent, Frank never realized his full potential as a puppeteer.
He’s stay up late, working on his Punch and Judy act.
Except that it was more like Punchin’ Judy.
Judy Garland was his assistant, and the target of Frank’s frustration when things didn’t go so well.
She drank too much and took all sorts of pills, then died from an overdose.
Liza Minelli and Nancy Sinatra don’t talk about it at all. But you never see them playing with their dolls either