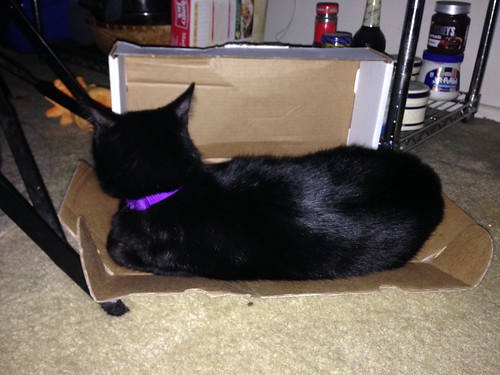 Waits for No Man

When I Was young time moved ever so slow. Days piled on days. Seasons heaped on seasons. Hours creep at a maddening pace.

When I was in my prime time move were so swift. Days piled on days. Seasons heaped on seasons. Hour flew by at a maddening pace.

When I was old time moved ever so blurry. Days, Seasons what did it matter? Hours lost to the future, hour clutched from the past. All madness.

When I am gone time will go on just fine without me. Seasons will come, seasons will go. Days will linger, day will go.

When the dancer moved her body sensuously, the crowd gasped. They were mesmerized by her beauty. She roamed the stage in slow motion circles, her arms contouring her breast and hips. Suddenly, out of nowhere, she had a small snake in her hand. The snake slid around her arm up to her neck. There was an odd look on the snake’s eyes, but then again, snakes always look odd. As the snake slowly wrapped around the dancer’s neck, no one did anything. By the time the police arrived, the snake was long gone. They found it later during the autopsy.

Trust that, when the time is right, the universe will provide you with all you need.

The universe, after all, is infinite, and as such so is its wisdom, so is its compassion. It takes care of its own and we are all its own, all part of a glorious whole, tiny cogs in an unfathomably huge machine of incomprehensibly profound beauty.

Simply be. Be part of that. And trust it.

Trust too that, when the time is right, I will give you my share of the rent.

Fine, I’ll have it by Monday….

Thomas Jefferson had writer’s block. His draft of the Declaration of Independence was already late, and he was having trouble starting. He even told himself that it was okay to have a lousy first draft – first drafts were supposed to be bad.

“Dear King George, it’s not you, it’s us.” Nope, not quite the gravitas Adams was looking for. “Your Majesty, this is a breakup letter.” Blast! Well, time for a drink at the tavern, he thought. I’ll just go with my placeholder and see if the guys in Philadelphia can come up with something better: “When in the course of human events…”

The Agreement
by Jeffrey Fischer

Negotiations for the agreement with Iran weren’t going well. John Kerry had pulled out all the stops, to no avail. He even had James Taylor warbling “You’ve Got a Friend” to the Iranians, but they wouldn’t budge, possibly because no one could understand the old hippie. “What do we need to do to get this agreement done?” Kerry asked one evening after a long day of pretending to negotiate.

The reply was quick: “End sanctions now, give us our money back, and forget about inspecting any nuclear facilities.”

Kerry thought for only a moment. “Done. When I sell out my country, it stays sold.”

“Say when”, she said, topping up my glass.

Oddly, it was the very same question I’d been pondering in my mind all evening…

How long had we been together now? Five years, today – hence our celebratory meal.

We’d skirted around the subject of marriage a few times; we both needed more time, and it had to feel just right. Although we both knew it was inevitable.

I watched her over my wine glass, radiant and wearing that quirky smile I’d first fallen in love with.

There would never be a better time…

“Sweetheart”, I whispered, “I’m leaving you.”

When the dust settled, what remained of the dental office were dental picks, some scorched records, and a stuffed Cocker Spaniel. The Spaniel was a trophy taken by the doctor when he was in grammar school. The neighbor’s dog, coaxed out of the yard and into the brush was clubbed with his dad’s 4 iron and left on the street. Traveling to Africa and Eastern Europe to bow hunt rare game, he was able to achieve an erection for a month following a big kill, otherwise his member flagged and doctor dribbledick was a flacid personality with a corresponding instrument.

When it comes to quantifying idiotic mouth dumps, Ted NoGent might be king. He wants to stick his machine gun in Obama’s mouth, and pronounces: “Vegetarians are cool. All I eat are vegetarians – except for the occasional mountain lion steak.” Nogent is a “super man”. I think he is a bag of dead, watery sperm. Kid Rock has had to push him away from him more than once when Nogent insisted on some oily coupling and roadies have been awakened on the tour bus by NoGent leaning over them, dressed in women’s panties and bra, insisting on man-spooning them.

When pigs fly, I won’t be pouncing on stupid and insensitive people. When pigs fly, I’ll be some cloud of brown dust or a few clots of mud settling into the bottom of the Pacific. I’ve got a lot of opinions and harbor way too many ill feelings about my fellow man. Most of my wrath is aimed at pipsqueaks in the media and show business. I can carry a grudge for decades. I often rely on my heritage to conjure up some devastating curses to subtly rain doom and bad luck on my enemies and those that cross me.

Build me a castle fit for a queen
Oh then I’ll be your wife.

Here is a castle fit for a queen
Oh will you be my wife?

With a garden as far as the eye can see
Oh then I’ll be your wife.

Here’s the finest garden in all the land
With arbours and fountains on every hand
Oh will you be my wife?

When the sun goes out and the stars grow cold
And moths have eaten all your gold
Oh then I’ll be your wife.
———

When the aliens came
———
“I was hiking out here when I saw it. It came up behind that hill and stopped overhead. Regular flying saucer. Not exactly hovering, more like it’s nailed to the sky.

“Then another hiker arrives, coming the other way. Funny thing is, he says it came up from this side of the hill. Now there’s a puzzle. We get to the nearest town, and it turns out there’s thousands of them, all over the world.

“So what’s that all about? Aliens show up, and they don’t even leave us a decent story?”
———

I’ve been watching you… Very, very closely, for a long, long time.

I know all your routines and schedules, all your appointments and plans – every minute of every day.

So, be careful: keep looking over your shoulder, always be on your guard, and never doubt that I am near, no matter where you may be.

Just waiting for the perfect moment.

The question is… When?

I ran to Dick’s house.
I ran into the yard. Past the swing hanging from the tree
but Spike was, according to Dick, not anywhere to be seen.

I ran to Jane’s house,
past the white picket fence
and through the gate.

Jane shook her head and turned away.

Even little Sally could tell me nothing.

All Puff did was rub against my leg and look up at me.

Maybe I should have named him Spot.

———–
When
———–
When you’re alone and life is making you lonely
You can always go downtown….

I was sitting in front of the TV alone
thinking how lonely I was.

Then I remembered Petula Clarks advice.

I jumped on my bicycle
and rolled ‘downtown’.

A mile down the road it started to thunder and lighting,
And then the rain started to come down.
Not just a light spring rain but a Bombay torrential downpour.

I raced home.
By the time I pulled into the driveway
not only was I alone and feeling lonely
I was soaked to the bone.
———————
Kid
———————-
Everyone knew the kid was a champ.

Living in the city had made him what he was.

Big, mean, bullet headed.
Neck like an ox.
Shoulders like a six-by-six.
Biceps so big that he could not wear a store-bought shirts.

Tattoos down each arm to his finger tips with ‘Your’ on the knuckles of one hand and ‘Next’ on the other.

He was only 5 foot 10 but he moved like a mountain gorilla.

Then he met Wanda.

Wanda took him down without a word.

Just a gleam in her eye.

The kid was never the same.
—

Drew likes to sit and read comic books. He doesn’t check them out because he hates to give back any comic book that makes it into the house.

When I go with Kevin, oh wait I don’t go with Kevin, Anymore. He’s loud and disruptive also just like when he goes to hotel room parties, he doesn’t realize it is time to leave until the police come.

When young, he would concentrate on just one thing and everything else wouldn’t exist. It was said he would just “space out” sometimes. He snapped out of his reverie, someone was shouting. Ya gonna say when?? He looked at the full flagon then at the young man and said, “When”.
Simon stopped pouring the alcohol saying, “about bloody time”!

Glog downed the drink then stood up letting out one long belch of flame and walked out. An old man standing next to Simon shook his head and said son, you should know better than to waste perfectly good drink on a demon!

Charlie’s a good old boy, semiretired, who has a habit of walking his dog to the bodega to buy beer and lottery tickets.

His wife harangues him constantly, for drinking too much, and wasting money on Powerball.

But Charlie liked playing the odds. By consistently playing the numbers for the last 35 years, he knew one day he’d win big, and you can’t win if you don’t play.

Last night, when he saw the numbers lining up on the screen, he knew it was time to call his buddy Vito to make a quick escape.

“You detect a presence?” Bufford asked the boy in the purple robe. “Of what?”
“Spirits,” Kid Gnocchi said, pulling a pendulum from one of his deep pockets which immidiately began spinning in a counter clockwise direction. The old woman poured dark green powder in the shape of a pentagram on the floor.
“There’s no such thing,” Bufford scoffed. “It’s dark energy.”
When the old woman finished her pattern, she said, “There’s no such thing as dark energy.”
“I will make the spirits visible,” Gnocci said raising his hands. “By the power of powdered kale chips, I command you to appear.”

North Korea created its own time zone.
They didn’t want to share a time zone with Japan anymore.
However, South Korea still uses the same time zone as Japan.
So, when South and North Koreans work together in the industrial zone run by the two countries, they have no idea what time it is.
They work in a land outside of time.
Not in the past, present, and future.
Everything is in the NOW.
Which explains why everything they build there is total worthless crap.
I wouldn’t give it the time of day.
I’ll stick to worthless Chinese crap, thank you.