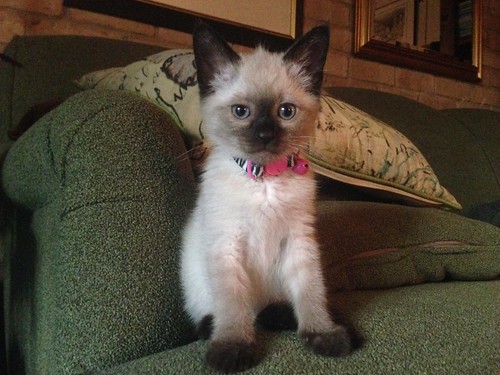 Ridicule is nothing to be scared of.

It’s embroidered on the lining of my suit-jacket, and I try to live according to the line to the degree that I’m able.

It’s from an old Adam Ant song, and while the source isn’t the most dignified to admit to, that doesn’t worry me. I have, after all, learned the lesson of the song well…

I live life free of fear of ridicule, as best I can. Always, and in all ways.

A point, based on how ridiculous you’ve seen me so willingly make myself, with which I suspect that you’ll agree…

Tyler woke and realized this was the day of his big history exam. He was utterly unprepared. This will be a disaster, he thought. Sure enough, he couldn’t begin to answer many of the questions. However, he was confident he had done enough to pass the course.

When grades came out, Tyler received an F in the course along with a note that reminded him he would be re-taking the same course next year. He made an appointment to see his history teacher to beg for another chance.

Miss Fitzgerald wouldn’t budge. “As we learned from Santayana, ‘Those who cannot remember the past are condemned to repeat it.’ See you next year.”

Tyler consoled himself with the thought that perhaps he, too, could become a famous guitarist like Carlos Santana.

For the Gipper
by Jeffrey Fischer

Frank was on his third date with Caitlyn. The two had really hit it off after a mutual friend introduced them. She was an older woman with a masculine physique, but Frank was no youngster, and the two could talk for hours on any topic.

Dinner went well, and Frank felt bold enough to ask her to his place for a nightcap. To his delight, she accepted. As the couple waited for a cab, Frank placed a hand on her hip, then let the hand snake southward. Caitlyn smiled – right up to the moment he grabbed her crotch and squeezed.

“What was that for?” the woman angrily demanded.

“You moved like a lady but a guy can’t be too certain these days. As Reagan said, ‘Trust, but verify.'”

My favourite quote hangs framed on the wall above my desk.

It’s not what you’d expect – no motivational words, stirring imagery or perceptive insights, in fact to read it you’ll have to move a bit closer. That’s when people get a little bemused: “It’s just an ordinary business document”, they say, “a quote for something or other”.

At that point, they usually get bored and don’t bother reading the small print.

Yes, it is just a quote – a quote for the sale of the web domain I owned, to Google:

And yes, they paid up!

“The pleasure is only momentary, and the position is ridiculous.” My old pal, D., had this to say about sexual coupling. He is right. For the amount of psychic energy and cost of a dinner and a show, the output is far more than the input. The formula: PE+D^2(S)=O-P proves my point. D. is English, and doesn’t say much, but he might have said: “”There are a number of mechanical devices which increase sexual arousal, particularly in women. Chief among these is the new Mercedes-Benz 380SL convertible.” , but this is attributed to P. J. O’Rourke, not to my friend.

D. came into the family room. His wife, Maureen was drinking coffee and looking lovely. D. looked uncomfortable, and tugged at the fly front of his jeans. “Damn Hotel Covell pants. No ballroom. ” The Covell was a vintage,, small hotel in the center of town, and did not have room for a ballroom. This struck me such that I remember this quip to this day. His wife laughed so hard she spat out coffee. D., as always, had a slight smile on his face as he always did when he realized his impromptu, but clever joke, was a hit.

“An abrupt beginning is much admired, after the fashion of the clown’s entry through the chemist’s window…then whack at your reader at once, hit him over the head with the sausages, brisk him up with the poker, bundle him into the wheelbarrow, and so carry him away with you before he knows where you are.” H. G. Wells gave this advice about writing an essay. Surely, it is filled with surreal imagery, but makes the point about a writing a strong essay or a tale you might find on these pages. I’d like to hit all my readers with sausages.

My favorite quote actually is one my own. It isn’t a famous quote, because I’m not a famous sort of person. My quotes tend to be uninflected juxtapositions. Sort of wibbly wobbly timey wimey. They graze across the head more so then drill down deep. There’s: The faces remain the same only the names change. And: I’m not leaving the room is staying. But by far the one dew believe will get me listed in Bartlett’s is a play on an already well known quote concerning the nature and place of humankind in the universal order.

“He who has a why to live can bear almost any how.” He carried this quote in his wallet. The tiny piece of paper had been folded many times. It was so well hidden that he had completely forgotten about it. He married, had six children and worked hard to raise them. He lost his wife and many good friends. He now had 20 grandchildren and 7 great-grandchildren. At his death bed, his surviving daughter asked “How did you manage to do all you did, Dad?” That’s when he recalled the quote and replied “Look around. I had a why.”

Roosevelt famously said: “The only thing we have to fear is fear itself – nameless, unreasoning, unjustified terror”.

Well, Roosevelt was wrong… Fear is the very least of your worries – it’s what lies at the heart of that fear which should concern you: Peer into the darkness, lift the veil and there you will find me.

It is I that you should fear; and what I do that should provoke horror!

And, with understanding comes knowledge: fear does indeed have a name, it is reasoning, and your terror is completely justified.

The only thing you have to fear is…

Your favorite quote
———
Who said this?

“Love is the question. You are the answer.”

Gandhi? Mother Theresa? No, yours truly. The inspiring quotes you see online are mostly written by hacks like me.

“Life does not HAVE meaning, it IS meaning.”

I sell these to greeting card publishers, self-help writers, and anyone wanting deep wisdom to decorate a web site.

Here’s my second favorite quote: “A mine of glistening jewels of insight, an enlightenment experience on every page.” That’s from the blurb for my latest book of quotations.

In 1997 the TV Guide awarded the 1975 episode of the Mary Tyler Moore show, “Chuckles Bites the Dust”, the #1 slot in their 100 Greatest Episodes of All Time.
Chuckles the Clown, the host of children’s programming on WJM-TV performed as several characters, one of whom was Peter Peanut. Dressed as such when acting as grand master of a circus parade, a rogue elephant attached and tried to shell him. He later died from his injuries.
Since that episode in 1975 I’ve adhered to Chuckles’s philosophy of, “A little song, a little dance, a little seltzer down your pants.”

Suggested prompt……..Don’t be a crybaby.

Many years ago, a deranged candymaker muttered “So shines a good deed in a weary world” as he prepared to hand over his business to what he thought was a worthy successor.

A kid who had no idea how to run a business.
Suppliers, health inspections, labor disputes, and accounting meant nothing to him.

The chocolate factory went bust within a year. Everyone was ruined.

The candymaker’s arch-rival bought out the plant, automated everything, and hired Darrell Hammond to play the chocolatier in the commercials.