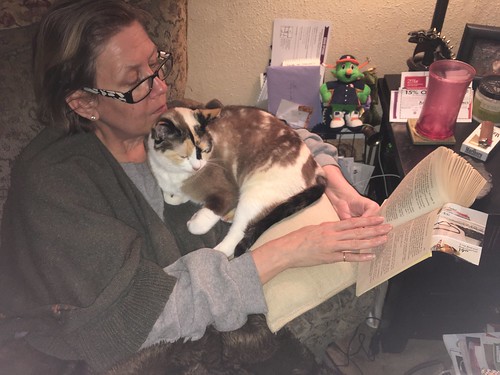 On Cosplay
By Christopher Munroe

A fact that at times does hurt my heart.

I’d like to, either for Horror-Con, Halloween, or just out at my local gothic nightclub, but I won’t. The costume’s too elaborate, even if I COULD afford it I’m not good enough at makeup and prosthetics to get the look right.

And a character that iconic you do have to get right.

So no, sad though it makes me, I’ll never cosplay Pinhead. It’s not the end of the world…

After all, I’m pretty sure I could pull off Chucky like a boss.

Pinned down by enemy as tough words in letters to the editor appeared during the time we tried to convince them that the new building housing the city offices was atrocious — looking like a large freighter on its side in dry dock. Twelve million was spent on this atrocity. No “architecture” in the architecture…no style…no panache, no departure from the mundane. The color palette they chose for the paint and trim was reminiscent of hotel facades in San Francisco in the sixties. City fathers puffed out their chests the first weeks of occupation. Deflation ensued in the following weeks.

You put up too many pictures on your wall, Fred. You have pictures covering pictures. You used roofing nails instead of pins or tape. I like most of the pictures, but some of them are…shall we say…vulgar? Why did you put that picture of a scrotum on the wall? Whose scrotum is that, anyway? Is that a human scrotum? Oh. I’m sorry. That’s a picture of that nutjob that’s running for president. Where did you get that, Fred? Was that from the novelty store, or did you find that on line? How much did a poster of Donald Trump cost?

Pin point pupils. Skin flushed and itching. He was higher than a kite on opiates, and he was only ten. I had four others like him in my classroom. I agreed to teach at the private school because of the loss of the math teacher in the middle of the semester. She had been arrested for consorting with pupils in her ethics class. It was a progressive, Quaker school in Maryland. The principal was a tyrant, and worked weekends as a dominatrix. It was the best job I ever had, and provided tons of material for short stories and essays.

The taxi dropped off Caroline at a strip mall on the sketchy side of town. It was Monday morning, which meant Bob had left Caroline’s pin money for the week on the counter. She wasn’t sure how it had come to this. Before they married, Caroline had a decent job and could take care of herself. After she married Bob, he convinced her to quit her job and move to this lousy town where she knew no one. He then provided her with a small amount of cash every week for her to “go wild,” as he put it. It was humiliating.

She had been saving up that pin money for several months, and she was ready to go wild. She entered the gun shop and smiled at the guy behind the counter, pointing at the Smith and Wesson .38 Special. “Do you give a discount for cash?”

The neighborhood was noisy at night, with drunks coming home from the bars, kids playing outside, horns honking a steady beat. But it was peaceful in the late morning, a time when Yusef found he could work without interruption.

In fact, it was so quiet in the little apartment that one could hear a pin drop. Unfortunately for Yusef, that pin belonged to a hand grenade, one of several he had recently acquired. As the seconds ticked by, his hand frantically swept the floor, to and fro, hoping to find the pin so he could replace it in time. How long was the fuse in one of those things anyway?

Aha! he exclaimed. There it was, just a few feet away…

As a child, I was never one for going to parties. It’s not that I didn’t like jelly and ice cream and dressing up, I even liked clowns!

However there was one thing about parties that terrified me… party games, and there was one game in particular that lay at the root of all my fears:

Pin the tail on the donkey!

A simple, inoffensive parlour game you might think, but not so when you have well meaning, but misguided parents.

And, if you’ve ever tried sticking a pin into a real donkey’s arse, you’ll know exactly what I mean!

The young reporter was nervous.

“They pinned it on me, the bastards,” said the prisoner. “I was there, but I didn’t see anything. I didn’t do anything. I swear on my mother’s grave. I tried to explain how things happened, but they didn’t care. They wanted a scapegoat. Yeah, that’s right. So, here I am. The bastards pinned it on me.”

Years later, while reviewing old cases, the reporter found the photo they had published back then. Readers always enjoyed reading about familiar faces of the past. So, he decided to interview the prisoner’s mother, who was still very alive.

Pin
———
Voodoo is too mired in tradition. Everyone insists on sticking silver pins into the doll, but it’s always worth experimenting, or how will the art develop?

With modern technology, you can make pins of diamond fibre. The target dies of epileptic seizures, which I wasn’t expecting! Pins of enriched uranium bloat the target with radiation cancers. But rather difficult to get hold of. My latest idea is to manipulate the instruments under liquid nitrogen and make the pins of high temperature superconductors.

Calm down and stop struggling, it disturbs the measurements. Now, what do you feel when I do THIS?

Always clean up after yourself – that’s what my parents taught me from an early age, and it’s a lesson that I’ve never forgotten.

Which is why, after every job, when others would run away and hide, you’d always find me taking that extra moment to tidy up, clear away and spend some time checking I’ve left nothing behind that might give me away.

I’ve learned that to rush away from a crime scene is to invite disaster – always take the time to clean up.

Try all you like, but you’ll never be able to pin it on me.

It Was A Simpler Time

There was a time in America when courtship was signified by a series of tokens which marked the passage from initial meeting to matrimony. When one committed to “going steady” one would give their girl a pin. The costume was oddly known as “pinning.” When things got a bit more serious a Lavalier was giving, yup it was call Lavaliering, and beer, vomit, kissing and abduction played an important role. An engagement ring followed by a wedding ring would round out the collection. In the age of the Hook-Up this all must seem quite amusing to the millennials

When Parker was born, his parents gave him a map.

“You can use this to track all of the places you travel to in your life,” they said through the glass of the incubator.

Parker, full of tubes and surrounded by wires, struggled to breathe.

After three days, his parents agreed to pull the plug.

Despite the initial setback, Parker’s map accumulated many pins.

His parents carried his plastic-encased corpse all over the world.

Oh, sure, there were some strange looks from security personnel, but it was only a matter of a sufficiently-convincing bribe.

Plus, he’s a pretty good paperweight.