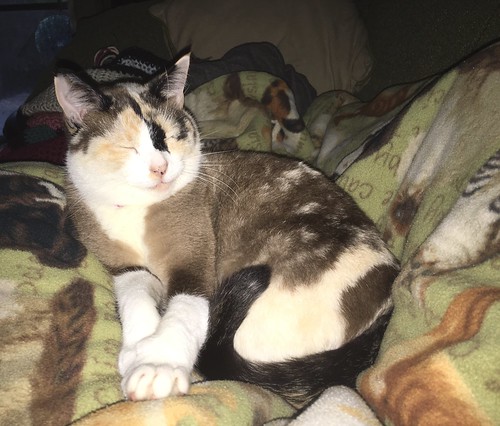 Shuffle the cards, and make sure they’re shuffled well. Allow others to shuffle, if anyone would like, it makes no difference.

Once the deck’s randomized to everyone’s satisfaction, have somebody pick a card, not show it to you, and put it in their pocket.

Then look that person in the eye and, in a calm, steady voice, ask: “Is your card the queen of clubs?”

One time in fifty-two, this trick CRUSHES, people I did it for years ago STILL wonder how I pulled it off.

I tell them I’m an actual sorcerer.

There are times when they believe me…

Reading the Future
by Jeffrey Fischer

Madame Zathras turned over five cards from her private Tarot deck. Beth watched in fascination as the reader explained, “First card: two rocks. Misfortune looms before you. Second: pencil stub. You will have a short life. Third: eyeglasses. Misfortune will be the result of one who does not see well. Next card: bleeding heart. Your husband will miss you terribly. Last card: blind man. You are skeptical of my predictions.”

Skepticism didn’t come close to what Beth thought. She mainly regretted the $25 she had given this fraud. Nodding to Madame Zathras, she left the shop, banging the door behind her. Still angry, she stepped off the curb and into the path of a Metro bus, whose driver was texting and failed to see Beth.

Madame Zathras was wrong in one respect: Beth’s husband was not particularly upset.

“Uh-huh. Good choice.” The day was drawing to a close, and the dealer was getting tired. One more sale and he’d be on his way.

“No, wait. How about the amazing Rogers Hornsby. Lifetime .358 batting average, two Triple Crowns, the only player to hit 40 home runs and bat above .400 in a season. Or Bob Gibson, with his 1.12 ERA in 1968. Or my namesake, Stan Musial, with a .331 lifetime average over twenty-three seasons. Or Lou Brock and his 938 stolen bases.”

“All great choices, kid, but I ain’t got all day. Just pick a Card, any Card.”

I shuffled the deck and asked one of the guests to pick a card. A woman pulled a card from the middle of the deck and held it close for a moment, setting it down on the table. It burst into flames and the ash and smoke lifted up a few feet, and in a split second, vanished. The flame was the trick. I asked if anyone had taken a picture or was filming during the trick. No one had. What person or force had caused the flame and the total absence of ash or residue? The maid laughed aloud.

I am a jack of all trades, a bit of a showoff, and a self-taught pilot, inventor, poet and astronomer. I carry six different business cards wherever I go. When I am engaged in a conversation, and it’s time to leave, many ask for my card because I am so frigging fascinating. I pull out my packet of cards and ask them to pick a card…any card. Cards list one of my six, different occupations. The cards include all the basic information, including my hourly rate. I am not affordable, and don’t like to be bothered, excluding Goth women.

Call me cynical, but commercialisation of every notable occasion is getting out of control.

It used to be that we only celebrated birthdays, weddings and Christmas. Now it seems anything Is fair game… ‘Grandparents Day’, ‘Congratulations on getting the sack’, ‘Best of luck with your bankruptcy’ – if there’s an occasion that can possibly be marked, Moonpig has you covered – and you dare not forget to send a card.

Personally, I no longer try to conform, I just pick a card – any card, and whatever it is, I send it.

The seer spread the cards on the table.

“Which deck is this?” asked Sophie.

Sophie was horrified. She had been told that seers never announced someone’s death like that.

“What does that have to do with wind, doll and…?”

A gust of wind dragged a naked, headless doll to Sophie’s feet; it was covered in blood. She stopped to kick it out of her way and… a piano fell on her head.

Yep, the seer was still learning.

Is lady luck smiling on you today?

Not that it really matters what card you’re holding – you see, I’m the dealer, and the odds are firmly in my favour.

How about we raise the stakes a little – are you willing to bet your life on that hand you’re holding?

Impressive. But I still win.

You see, not only was the deck loaded, but so is the pistol pointing straight at you, that I had hidden underneath the card table.

Every year I went to the carnival that came to town. I entered a small battered tent that read “Madame Sophia”, your heart’s delight will be revealed. A dark haired beauty stared at me and said it would $20. She laid ten cards face down on the table and asked me to take a card…any card…..I awoke 3 days later in an alley outside of town with a tattoo on my penis that says Shorty’s. When erect it says Shorty’s Truck Stop, Chattanooga Tennessee.

After Cliff said “If you people keep linking to things on Pinterest, I’m going to have to sign up for it.” I actually lemented Pinterest’s steps toward Facebookafication. Changing their website to require signing in to see posts. My current Pinterest Board is a sportball Board maybe I will start with that one city, Defiance or whatever it’s called. You know the one with giant silver half a McDonald’s sign. I don’t really follow much sportsball but want to Pin a profile of one important player for each sportsball team. What I am saying is “Pick a Cardinal any Card.”

Now you see it, now you don’t

Frankie double fanned the black dagger desk and lowered it level to Laura’s eye line. “Pick a card any card,” he said. Laura ran upstairs and dragged a stool under dad’s dresser. She dug around the top draw until she felt the edge of the card. “Here.” She said. “That’s not part of the trick,” said Frankie. “Is now,” said his sister “Don’t you dare,” yelled Frankie. “Ecto Morta, Esto ProMorta,” invoked Laura. Later that evening just about supper time Mom asked her if she had seen her brother. “Oh I saw him hop off in search of carrots.”

My life is a game three card Monte. How does that damn one eyed Jack always show up where the red queen just was?

Lady Luck, why have you forsaken me? I put my five dollars down, and you sent me to a second rate college. I upped my bet, and got a job as a Lifestyle editor at a newspaper. I doubled down, when I thought I had enough in my 401K, but the shill called out “Cops!” and the stock market tanked.

So pick a card, any card, Is the lovey Judith going to show her face today??

A stoop shouldered fortune teller limped through the crowded fair.

“One copper to reveal your future,” she cried in a crackling falsetto.

A gaily dressed lord approached the crone, winked at the lady holding his arm, and said, “Here’s a copper. Now, reveal my future.”

She thrust a tattered deck of cards at the man. “Pick a card. Any card.”

He chose and turned the card. “Ace of spades. Am I to die?” He laughed, slapping the deck from her hand, revealing all as ace of spades.

“Yes.” She gathered her cards as the man dropped dead at her feet.

“Goodness, no! It’s a misch-masch of Christmassy imagery, without composition or draughtsmanship. Your aunt will think we have no taste at all!”

“What about this one? Old Master fine art!”

“On a Christmas card? The very definition of kitsch. Anyway, it’s an inch too large. Remember, I hardly know her, and this would be slightly too much even for my own aunt.”

“Too eclectic. There’s symbols for at least four different religions!”

“Darling, we’ve been looking at Christmas cards for three hours.”

The first card game I learned to play was War.

Deal out the cards, then show one card after another.

There wasn’t any skill to it. Unless you counted stacking the deck so you got all the aces.

Eventually, I learned Solitaire, Gin, Poker, Eurchre, Bridge, and so many other games.

At my first job, I went back to War.

We’d collect everyone’s business card, and whoever you’d think would win an argument, won the matchup.

The owner of the company learned about the game, and he tore up my card.