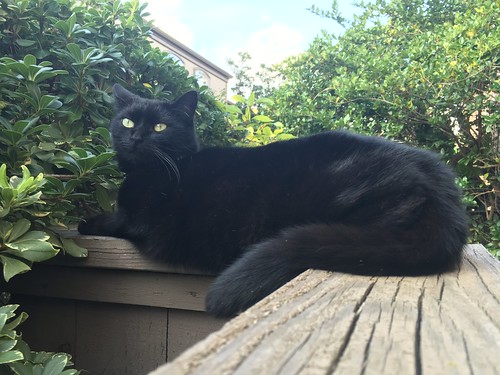 Wrapped Up With a Bow

“What’s in the box,” asked Laura. Frankie replied, “Stuff.” “OOOOH” said Laura. “I want to see.” “Nope, you got to wait.” “I want to see it now.” “Not a chance. We open the box on HogFather’s day just as the sun rises.” “That sucks.” “Get over it.” Frankie placed the package under the yum-yum tree. “Moooooooooooom! Frankie wouldn’t let me open the box.” Much to Frankie horror Mom put the box in Laura’s hands and smiled. She tore it open to find a lump of coal. “Should have waited,” smile Frankie, until she clock him in the forehead with it.

It is, however, horrible advice if you work at a resaurant. The food is always going to be hot and in spite of that it does need to be carried to the table safely.

Dropping things simply because they are hot means re-cooks, angry guests and wasted food. Frankly, in spite of how amazing we all agree Snoop D-o-double-g is, we cannot afford to be following his example.

It wouldn’t be economically viable.

In summery: Snoop Dogg is awesome, and you’re fired.

The Boxer
by Jeffrey Fischer

Matt had an anger management problem. He would lash out at co-workers, kick holes in walls, and beat up hapless office equipment. His therapist suggested he learn to box to channel his aggression. Matt took the advice to heart.

One day his trainer said Matt was ready for an opponent in the ring. He laced his gloves and stepped into the ring with one of the regulars at the gym. Forty-five seconds later, Matt was back in his corner, bleeding and woozy. “What happened, kid?” the trainer asked. “You never got off a punch.”

“I dunno,” Matt replied. “My shrink told me to leave all my angry thoughts with the bag. When I looked into Juan’s eyes, I realized I had no quarrel with him. I couldn’t hit him.”

The Most Precious Gift
by Jeffrey Fischer

Jake was only seven, but he understood the true meaning of Christmas: presents, mainly for him. As early as October, he pestered me for one thing after another. Legos, trucks, superheroes, video games – you name it.

As I thought about what to get him, inspiration struck. On Christmas morning, Jake ripped apart the wrapping and eagerly opened the box to find… nothing. The box was empty. I told Jake, “You have the opportunity to use your imagination – can be anyone, do anything. You don’t need a specific toy.”

For some reason, Jake didn’t seem as appreciative as I had expected. He didn’t speak to me for two months. For that, I considered the box to be my most successful gift ever.

She kept things in her box. Bits of string, small stones found on the beach, scraps of paper, the stump of a pencil, a few coins, and the first flower her boyfriend gave her. As she got older, she stuffed more and more things into her box. It was almost filled to the breaking point. Her family didn’t understand, and they admonished her for doing what she was doing. They didn’t want their daughter to break her box, or to imperil her health. Her box had been in the family for twenty years, and they wanted it for twenty more.

The box held all that I knew, all that I thought, and all that I produced. It was a fifty petabyte storage unit that was tethered to high speed fiber. It allowed me to back up all devices with access to my personal network, including my implant. I could backup to the cloud and to the box, itself. The box was still experimental, and the IBM/Amdahl chips inside were still in beta, as was the implant in my skull. If I wanted to go “off line”, I had to hold a small radio to my temple to switch it off.

She always thought far outside the box. In fact, many thought that she didn’t know what a box was. She was the top designer at GeenDozen…a firm in Holland. She surrounded herself with very capable designers, writers, and artists. They would bid on an assignment, and within a few days would have a workable solution, templates, and mockups to show to the client. Mariëlle kept her secret from her fellow workers. She would sneak out at lunch and consult with an old woman in the storefront across the street. The old woman would brew a special, red tea for Mariëlle.

It was impossible not to notice the stench.

Postal Inspection officers opened the parcel. Dogs were called in to sniff the box for drugs and human remains. They found nothing.

The parcel was sent on its way.

The next day, the news reported the mysterious death of an elderly couple, after the mail was delivered to them.

No one mentioned the man with a grudge against the Postal Inspection Services, grumbling in his living-room.

Opening the box should have triggered an immediate lethal chemical reaction. Okay, it was a really bad idea to send the damn parcel to his parents…

Feeling rather pleased with himself, Bilbo Laggins secured the ogre’s bonds, brushed off his hands, and headed off down the path to find the brute’s hoard.

Sure enough, behind the third oak on the right, hidden in a small cave, he found a large wooden box, secured with a solid looking padlock.

No problem – Laggins still carried the stake with which he’d clobbered the ogre; a couple of solid blows soon released the hasp, and with a smile, he carefully lifted the lid.

Staring at the glittering treasure, he began to think maybe this quest was worthwhile, after all!

The interview seemed to have gone well…

“Got to tell you son, I’m giving you the green light – you’ve got the engagement delta we need. Our people think outside the box, push the envelope and harness their vertical experiences in scalable rethinking!”

“Hell yes! We need to push the peanut forward on this… Get you onboard to start leveraging our effectiveness matrix.”

“So you’re offering me the job?”

“Yep. You’ve got the footprint that sits squarely in our operating model.”

Abba Jerome visited Abba Genarius on the day of Our Lord’s birth, and gave him a box of Egyptian sweetmeats.

A year later, Abba Genarius visited Abba Jerome, and gave him that same box, still full, saying, “Thank you for this opportunity to resist the weakness of my body.”

A year later, Abba Genarius gave the box to Abba Jerome, saying, “I cannot open this while my brother stands in want.”

Then they laughed and ate them together.

How did that telemarketer know I was suffering from acid indigestion the exact moment he called, and he specifically was the cause of it despite the fact I was already taking Maalox? Is that what a premonition is supposed to feel like? Annoying? I feel trapped inside this large square like thing, what do you call it? I wish I was trapped in this thing last time I walked my deaf dog off leash, because I assure you, as soon as he sees that 1st car go by, he ain’t coming back no matter how much you call his name.

So, you want to know what’s in the box?

Well, that would be telling… And it really is better for all concerned that you remain in ignorance, to be quite honest.

But when you look at me with those puppy dog eyes, it’s so hard to resist…

All right then, if you must, and if you’re really sure you can handle it, I might consider relenting. After all, what harm could it do?

I insist that it’s on my terms though: You come to me.

Call round tonight, and come alone – you know the address.

The shopkeeper told me he wasn’t sure if he had a small lockable plastic box nor a three lock box. He had a heart shaped box for Always. He did have a toy Porsche Boxster driven by a boxer dog and a music box with a pro boxer dancing around the ring. I told him a dancing boxer seemed silly to me then he told me not to say anything around Manny or he would give me a Pacqui owie. Then I found the plastic ammo box. It might be strange that I purchased an ammo box to store medicine.

Marcus the elf had always been the practical joker in Santa’s workshop. He took a box, drilled a large hole in the bottom, attached a lid and painted it like a Jack in the box. Then he painted the insides white, highlighting the hole in red. He then poked his finger through the hole and wiggled it around, Perfect!

As Mrs. Claus approached on her weekly inspection tour, he calmly sat with the box in his lap. When she stood in front of his station, he Flipped open the lid with both hands, smiled and asked, “Like the new Jack?”

At the beginning of the 21st century several bored billionaires developed a plan to mark humanities place in galactic history. They gathered images from pivotal moments of life on earth, placed them in a crystal cube, and the cube into a protective titanium box.

When activated, the cube would flash the images in chronological order.

They placed the box in a probe and launched it toward the outer depths of space.

42 million years later an advanced civilization retrieved the probe from space, followed the diagram instructions on how to open it, removed the cube, and played in the box.

Every Christmas, I wrap dozens of boxes and drop them off at the Toys For Tots.
Laptop computer boxes, chemistry set boxes, building block boxes… lots of boxes.
Nothing in them, mind you. Just the boxes. Empty boxes.
I pick them out of my neighbors’ trash cans.
Then, I wrap them up and give them to Toys For Tots.
Is it cruel?
Of course it is.
My cats love empty boxes.
I’m taking away their boxes and giving them to the kids.
Plus, they love to play in wrapping paper.
And the ribbons and bows, too.
Stupid Toys For Tots!