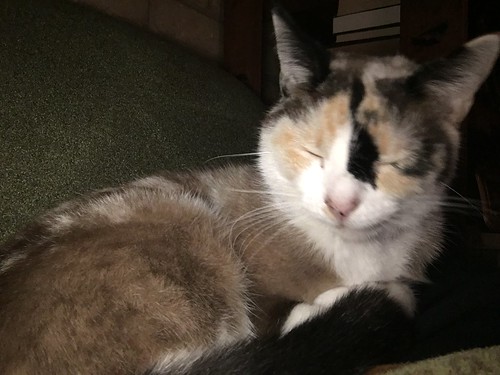 One good deed and Frank would move up to the next level.
When he arrived at the lake, he saw an alien fighting helplessly to stay afloat, sinking in the water every now and then.
Should he do something? Or just watch the tragedy unfold?
To think that he had made fun of the guy who got the #10… Helping ten old ladies cross the street seemed easy enough.
What should he do? Laura or revenge?
Half an hour later, Frank took off.
Laura would have to wait.
Next card.

They laughed at the same things, enjoyed candlelit dinners and long, romantic walks. They held hands and kissed. It was a whirlwind romance, but he knew she was The One. She said she felt the same way. He sensed hesitation in her voice. When pressed, she said she wasn’t sure she could leave her pet hamster to spend her life with him. He said he understood but hoped she would choose him. “Meet me at the Dallas airport at sunset this Saturday. I’ll be at the security line. If you’re not there… well, I’ll know your choice.”

He waited for more than two hours with no sign of her. Dejected, he left. Only then did it occur to him that perhaps he should have specified Dallas-Fort Worth, in case she flew to Love Field.

The Measure of Love
by Jeffrey Fischer

How do you know if you are loved? Love is not the giddy moments of romance, of infatuation, but something deeper, something meaningful. Love is not blaming him for failing to ask for directions and getting lost, making you two hours late to your best friend’s destination wedding. Love is holding him after he vomits away his excessive drinking at the reception after the wedding. Love is understanding, not blaming, when he gets some of the vomit on your $300 shoes you bought for the wedding. Those shoes are now ruined, and love also is not mentioning a second time that they cost $300. Well, a guy can hope, can’t he?

Two, lovesick lovebirds, sitting on a loveseat, found themselves lovelocked due to the awkward and challenging position they took in their most loveable lovemaking during the lovefest. Local EMTs were called in to uncoil the pair, necessitating the use of the jaws of life and subsequent removal of the padded arms of the seat to extricate the portly pair from the furniture. The host threw a large blanket over them as they were being freed from the ghastly entanglement. The party goers were aghast, and the staff was shocked and sickened by what they witnessed. Smart phone images were traded.

#1 – The Gospel According to Norman: The Sermon on the Grassy Knoll

You have heard it said that you should love your neighbour as yourself, however I say to you, exercise extreme caution in loving your neighbour, especially if your neighbour’s husband is strong of build and quick to anger.

You have also heard it said you should love your enemy – this is pure foolishness and will lead to nothing good.

I tell you the truth, it is far better to find somebody inoffensive, unattached and without a truck load of emotional baggage to lavish your love upon, for that is the way of enlightenment, and a quiet and peaceful life.

“If you loved me, you would”

That was her stock phrase, it usually worked too. Maybe I was a pushover, but I knew what I was doing, so I played along.

She had it all: Parties, presents, holidays, while I quietly waited in the background for my moment.

Then she had the affair.

She came crawling back, tearful and repentant, begging for forgiveness… “If you loved me, you would”, she argued.

But I didn’t love her – I loved her money. So I divorced her, won the house, half her investments, a good chunk of her pension and the car.

They do say, ‘If you really love her, let her go’, and, when it became obvious that my infatuation for her was never going to be reciprocated, I did the honourable and right thing.

Although, not before I’d secreted a GPS tracker in her car, hired a private detective to follow her 24/7 and set up remote cameras in every room of her house.

When you love someone that much, letting them go doesn’t mean you have to let go.

Sadly, justice – like love – is blind and the court didn’t see it my way.

Four guys once sang: All You Need Is Love. While romantically reasonable,
not so useful in the real world of commerce. Try paying a grocery bill
with that. Or your rent, gas, and electric. Or your credit card charges
for extra bubbles in Panda Pop. Kevlar over love sure could’ve helped
John. Advanced cancer serum versus love, bad choice George. Hey Paul I
think you need a more encompassing prenup. Wait a second, that last guy
sure looks happy. Despite fame and fortune, the fixation of a generation,
maybe he has found true …. Don’t believe it for a moment.

I’ve been in love with Gail for just inside 30 years. She is my best
friend, the person I want to be with. The first face I long to see, the
last when darkness falls. In a world of cross agendas Gail is one of the
few people who rises above the fray. Totally honest and deeply
compassionate. A power dry wit that fires with laser accuracy. A gifted
health provider who has literally saved dozens of lives. I’m honored to be
her partner and try as best as I can to bring, mirth, whimsy, and joy to
her life.

To inflict minor mental anguish on my niece is a joy unparalleled. Case in
point while on long trips in a car all music most be categorized as one of
the following: Love Song or Lullaby. Not an easy thing to do with the
Dropkick Murphys, but doable. I once tried to make the argument for Whip
it by Devo under love song, but Zen was having none of that and countered
with: It’s just the type of Lullaby to sing after reading: Go the Fuck To
Sleep. Ok all of you try this! Star Spangled Banner: Love Song or
Lullaby?

All you need is love, they say.

I disagree. What you really need is to be completely lacking in morals and integrity; to be utterly ruthless and completely without compassion.

If you can back that up with fanaticism, lethal firepower and an iron fist, then trust me, you’ll have the upper hand over mere love every time.

Ask any despotic tyrant to choose between love or brute force and I can tell you what their answer will be.

And the best thing of all… The harsher you treat them, the stronger and deeper the love your minions have for you.

A memory of my father, all that remains

My father’s first love was the violin. He could have made it his career, but with a family to support after the War, and no job security in the music profession, he went into school teaching. He came to hate the job, but lived by his choices.

He had character. Seriousness. Proficient at everything he did: music, golfing, fly fishing, supporting a family. An iron constitution too, until the smoking caught up with him.

He died at 74, and I still regret not having known him better. But all his generation are gone now, and only fragments of memory remain.

I hate them all.

These fucking people with their fucking love, celebrating as though it made them special.

It does not make them special, they are not special. Nobody is special, and nothing means anything.

But you can’t tell them that, because they must celebrate love.

“Ooooooh!” they say, “Surely my perfect love will protect me from the icy hand of death!”

Nothing will protect you from the icy hand of death.

And as I sit here, in my turtleneck and beret, smoking long, black cigarettes, I hold them in nothing but the most abject of contempt…

My friend who works for an ad firm got me into one of those “If you love it why don’t you marry it?” ads. Since I love Lefse, I was happy to do it. Until someone told the police I ate my wife. I didn’t actually marry the lefse. My current cellphone provider doesn’t have roaming outside of North America. My real life wife, who is in fact not lefse, is visiting family in Asia. If you can’t explain that to the judge at least keep me from being sentenced until the end of the month when she returns home.

Dergle drove away from the Widow Finklestien’s house wondering how she could remember Long John, but not himself. How much time had he spent at her home in the last six months since the Dolly Cockles were born?

Certainly, he had lost confidence in himself, even stopped believing in himself, but should that have caused those who were close to him to forget him completely?

Bambi still remember him. Does that mean she likes him more than Widow Finklestien did?

He turned to the dog in the passenger seat. “You’ll always love me, won’t you, boy?”

On Valentine’s Day.
Back in grade school.
We’d bring in shoe boxes.
In art class, we’d decorate the shoe boxes.
With glitter, sparkles, and ribbons.
And make mailboxes for valentines.
Then, in homeroom, we’d put out the mailboxes.
And go from mailbox to mailbox.
Putting in our valentines.
No roses. No chocolates. No diamonds. No necklaces.
No fancy cards, either.
Just cheap store-bought, dollar-a-bag slips of paper.
With crappy art and words on them.
Today, I made a shoebox mailbox.
And left it out on my desk.
Five minutes later, my cat was it in.
Asleep.
Best valentine ever.