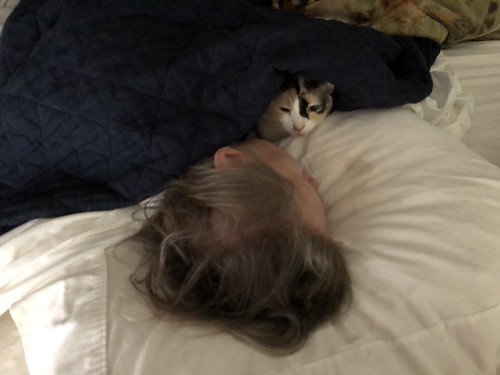 Someone said “To destroy is always the first step in any creation.”
So, he grabbed his sketchbook and drew. Whatever he drew, he destroyed.
The smile on his sister’s face for each time she made him look stupid. The ice-cream business of his friend who bullied him as a kid. The records his cruel cousin stored alphabetically. And he went on and on.
Then, he drew New York. He didn’t know why. He had nothing against New York.
So, he drew himself a pair of thick glasses and he never touched the sketchbook again.
New York survived with minor damages.

When it comes to parenting, I’m a firm believer in the ‘short, sharp shock’ method for dealing with bad behaviour.

When my kids were toddlers, I wired up the high chair to a car battery to dispense the necessary treatment; then, as Tasers and stun guns became more readily available, dishing out discipline became a lot simpler.

Of course, for the most serious tantrums, the only solution is alligator clips, connected to the mains’ supply – works every time.

So what if my kids now spend most of the time drooling and rocking back and forth… they’re always impeccably behaved.

You need a carefully selected, exceptionally sharp, knife: one capable of slicing through skin and flesh in a single, smooth motion. Then the follow up of the sharp, acid touch of freshly squeezed lemon juice – so intense!

Finally, a Liberal application of salt completes the ritual.

Then… Sit and drink. Best enjoyed with a companion.

And afterwards, when the bottle is empty, it’s time to turn the knife on your companion: Slice them up nicely, then rub copious quantities of leftover lemon and salt into their wounds.

It’s well worth the hangover in the morning!

Left To Ones Own devices

Jack was a sharp dress man, but not in the way you would think of a fashionable man about town. True he was dress to the nines in his New York suit. What made Jack sharp was the vast assortment of sharped things he hand incorporated into said suit, his favorite a straight razor. Everyone wanted Jack dead, and he was having none of it. Now the universe, a truly funny external agent of fate. Had other plan for Jack. Few have gangster have ever been done in by a self-inflected paper cut. Bleed out all over that sharp suit.

I’m not the sharpest tool in the shed.  In boot camp I spent one week on chow hall duty.  My job was filling milk dispensers with boxes of fresh milk from the huge walk-in refrigerator behind the chow hall.

I walked out of the fridge one morning to a female petty officer blocking the door.

“Is that the meat locker?” she asked.

“Are you sure that’s not the meat locker?”

“I was looking for some meat.”

“Nope.”  I was smiling and thinking how dumb she must be to not know where the meat locker was.

When the three arrived at Linoliumanda’s house she ran inside and grabbed her butter beer mug. When she came out, it was clear something was wrong. “My parents are both gone. What do we do now?”
Roderick laughed. “Why don’t you fly?”
Billbert coughed. “What’s that supposed to mean?”
Roderick folded his arms. “You’re as sharp as a tack, aren’t you Billbert. I know you can fly. If you want to get to school on time, you’re going to have to do it.”
Billbert scowled at Roderick but went inside the house and used the phone to call his mother.
LAIEANNA
Finding a pink slip in my locker after hand to hand combat was a
devastating discovery.  It was my third year at spy school and I had
been in the top ten for every class since I enrolled.  Year three was
more advanced, but I was a dedicated student and still scored high
with the exception of Interrogations and Torture. It was the receiving
not giving kind of class.  Yes, I struggled, but I just needed more
time to adapt.  I have to be resigned to my fate and take the notice.
Ow, that’s sharp!  Now I have a papercut.

Milton Sharp.
Oldest man in the world.
Died at the age of…
Well, nobody’s quite sure.
Birth certificates weren’t a thing when he was born.
Which was a very long time ago.
We think he might have been a hundred and twenty.
Maybe a hundred and twenty-one.
There’s no way to be certain.
It’s not like we can hook him up to a polygraph.
Or inject him with truth serum.
Well, we could, but neither would do much good.
Because he’s dead.
Does it really matter?
What is it going to change?
And we all die in the end., right?