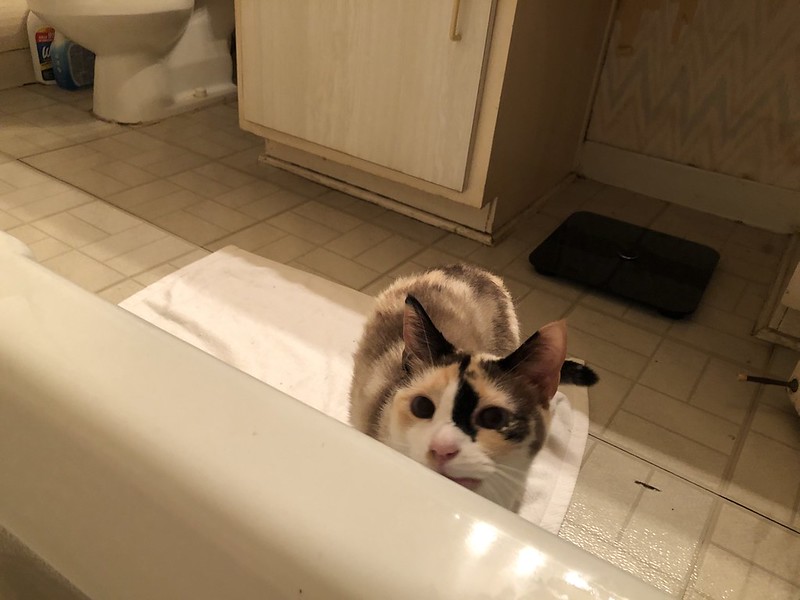 The innkeeper tossed some logs in the fireplace. The room was warm enough but being slightly warmer always made people drink more. More drinking meant more money. And he needed a lot of money. He was desperate to rescue his daughter. He considered telling everyone. But he didn’t. If he told them, he’d go to Hell. He had crossed the line before when he and the blacksmith’s wife… Well…
What the innkeeper didn’t suspect was that the blacksmith knew how to drive one of those things that had landed in his back yard. And his daughter… She was already dead.

Well, not airports per se…

It’s the interminable waiting I can’t stand. I just don’t see why all those hours of hanging around doing nothing are necessary. And what are you supposed to do to kill the time?

Personally, I hit the bar, and after three hours of steady drinking, I can barely walk, let alone find my way to the right departure gate.

Of course, they never let me on the plane in that state; so it’s back to the departure lounge to kill more time while I sober up.

Next time, I’ll take the train.

Oh Ya Same to You

When I was a child I was fond of says let kill this or kill that. Of course I had never actually killed anything. I guess it was just talk to make me feel serious. The word entered my mental structures very early, as in THO SHALL NOT without must framework. Further it was pretty much ubiquitous in the late 1950’s early 1960’s. I sort of got the boarder meaning as unending image flood the air waves during the Vietnam War. Kill are a very raw and ignoble action. Now I only use the term to refer to deleting a computer file.

The factory floor was running smoothly, when suddenly a blood curdling scream rang out.

Eric had fallen into the processor.

I hit the kill switch and the machines fell silent, but it was too late. Even if we could have got him out, there wasn’t much of him left to bury.

There was also the question of what to do about the batch he’d tainted. We used it anyway.

But actually, it’s down to the occasional employee we throw into the mix!

I had thought this neighbourhood secure, but suddenly, something shuffled out of the trees and ran at me. A zombie! I fled for the house and slammed the door, but it was already half way inside. Its arm fell off, but that wouldn’t stop it. I leapt for my pump-action shotgun.

“Muahahuhhh!” it wheezed through its rotting jaws. “You cannot kill what does not live!”

“This for your fallacious zombie philosophy!” I replied, blasting it into fragments. After checking that it wasn’t regenerating, I got a shovel to clean up the mess. Whatever it was before, it was dead now.

Billbert noticed Linoliumanda wasn’t eating her lunch, so he asked, “So, Mr. Ziegler said your report was too wordy. Did he give you a grade?”

She blinked back unshed tears. “He gave me an A minus.”

“An A minus?” Billbert almost shouted. “I’d kill for a B minus. A minus is great”

Tears finally broke free. “You don’t understand. Harry Potter is the perfect story. It’s everything to me. It’s my life. I don’t know how I can go on if I don’t get a perfect grade on my report.”

“Honestly, Linoliumanda. Don’t kill yourself over a silly book report.”

As the machine mapped out and adapted to her brain patterns, Lady
Francis Garbone, gossip queen, slowly began to reveal information she
had accumulated over the years from her position in high society and
politics. Each word was recorded for later use, and even when her
speech grew quicker and nonsensical, we let her carry on. The exercise
was more than a reveal of hidden rumors. It was a punishment for
secrets already spilled – our secrets, a crime she had to pay for and
the execution was of her own doing as we allowed her to talk herself
to death.

If looks could kill…
That’s what they said about Medusa, you know.
She could turn men to stone with just a single look.
They also said that the snakes on her head were poisonous.
But pretty much everyone was turned to stone before they were bitten by the snakes.
Tiresias was an ancient Greek prophet.
And he was blind.
“Do you hear hissing? said Tiresias to his boy companion.
But the boy didn’t speak.
He’d already been turned to stone by Medusa.
Tiresias felt around until his hands landed on the ghastly woman’s rack.
“Nice,” he said. “Fancy a kiss?”