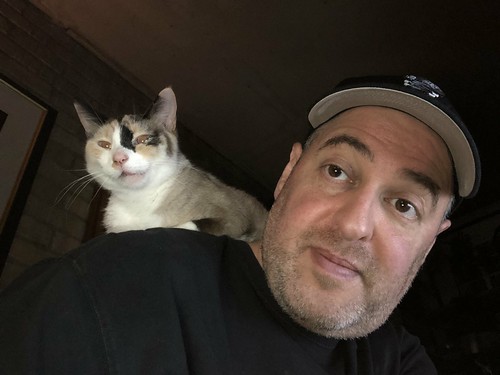 I’m sure some siblings get on perfectly well, but I grew up hating my sister.
To be fair, it wasn’t her fault – she happened to be good at everything she did, and my parents’ made it worse.
They’d shake their heads at my school reports, and complain, “Why can’t you be more like your sister?”
It was like that throughout my formative years, until I left home and put my family behind me.
Years later, I paid them a visit… And they were horrified!
The sex change had made me a hell of a lot more like my sister!

We were going through a tough patch in our marriage, well to be honest, it had been like that for years.
However, it was at the height of one of our blazing rows that I really managed to put my foot in it.
In the heat of the moment, I suddenly blurted out: “Why can’t you be more like your sister?”
“Oh, and what exactly is that supposed to mean?”
“Well, she’s stylish, smart and glamourous, she doesn’t spend money like it’s water, and she’s so much better in bed than you!”
Oops.
Ever said something that you’ve really regretted?

We Just Did Talk About That Stuff

My father never actually said why can’t you be more like your sister, it was more, just let her do what is needed. At the time I had no idea this reference was a coded message about my grandma’s “condition”. When you’re eight what do you know about alcoholism. If nothing else the 50s and 60s where about burying secretes. If I‘d known this possibility I would have been such a dick to my sister. Surprising how sad my grandma was both myself and sister are pretty happy people. Maybe I’m more like my sister then I ever considered possible.

She looked at him in disgust.

“Which sister would you like me to emulate? That weak, whimpering Cordelia, or Regan? I can’t imagine you are excited by Cordelia, with her oh-so-honest manner and her taste for that fancy French king. –So it must be Regan that you fancy. Tell me, Albany, were you excited by the tale of how she gouged out Gloucester’s eyes with her very own fingers, then watched her servant murder her husband, then kill her servant as well?’

My parents really had it in for my sister. She was always in trouble, breaking things and causing upset and problems.
It came to a head when the school called after some of the kids complained she’d been bullying them. Nasty stuff, with razor blades and knives.
That evening, they had a serious talk. “Why can’t you be more like your sister?” they asked.
I peered through the door, smiling as she wept.
The great thing about being a twin is that you can get away with murder, without being blamed.
And one day, I sincerely hope that I will!

Our mother had our twin lives all arranged. One of us would be a dancer, one an artist. God knows where she got the idea, none of her family were at all cultured.
We freaked her out once, by arranging that when she came into our studio, we would be wearing identical tutus, while painting identical pictures, synchronizing our movements brushstroke by brushstroke. After that she was never sure of telling us apart.
Then we tried taking turns to be mean to her. The jackpot was when we got her to say, “Why can’t you be more like your sister?”

Billbert realized calling Linoliumanda’s report silly was a bad idea, the second the word slipped from his mouth. Scrambling for an appropriate appology, he was interrupted, and possibly saved by an attractive goth girl who plopped down next to him.
Without preamble she asked, “Why can’t you be more like your sister?”
Linoliumanda only blinked her eyes rapidly when Billbert said, “I didn’t know you had a sister.”
The new girl slugged him gently in the arm and laughed. “I wasn’t talking to her silly. I was talking to you.”
Then, it was Billbert’s turn to blink like an idiot.

“Susan was promoted to management today, and her boyfriend, Edward,
proposed,” Steven’s mom updated him over the phone. “And you?
Dating? How is the job?”

“Steven,” his mother sighed with disappointment. “Why can’t you be
more like your sister? Follow her example.”

He understood all the reasons why his mother saw Susan as a good role
model, but staring at himself in the mirror and envying the curves and
delicate features his sister possessed, Steven wished he was more like
her for other reasons. He just wanted to feel right in his own skin.

“Why can’t you be more like your sister?” my parents say.
We’re twins. How can I be more like her?
Okay, she gets good grades. She’s nice and has lots of friends.
Head of the cheerleading squad.
I kept waiting for her to snap.
But she didn’t.
So, I did.
I killed her.
But not before letting my hair grow back out. Cleaning myself up.
Learning how to be her.
Then, when she said how proud she was of me, I killed her.
Or did she kill me?
After all, I’m pretending to be her, right?
Is it real?