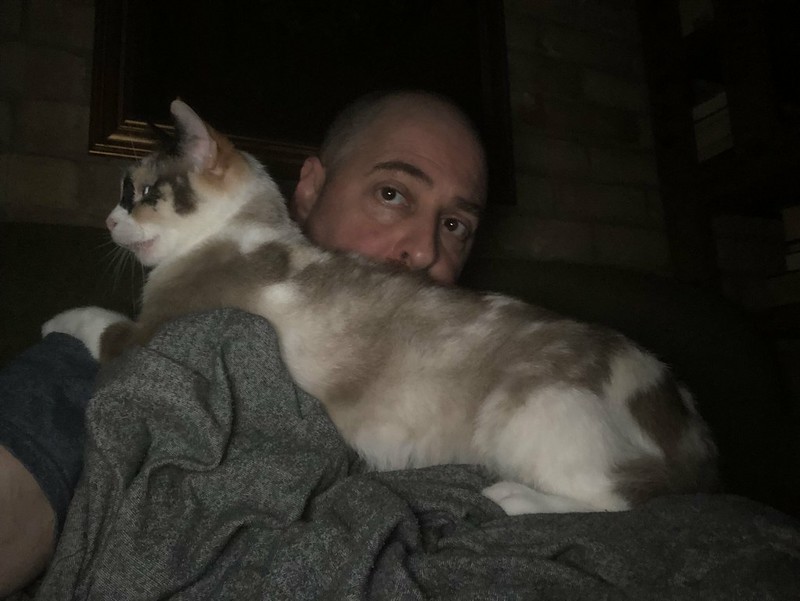 The old bridge stretched out, tired. The sky wept softly while a feisty seagull fought against the wind. He wanted the place to be beautiful and special and vibrant, but nothing could survive there. He tried… He even wanted to rebuild the bridge so others could come over but each time he set new stones on it, they would just be taken away by the water, over and over again. He fought as much as that lonely seagull. He didn’t want to give up. But he was alone. It was with a heavy heart that he walked away that day…

Cyber-crime is on the increase, and although the internet’s been around a while, the law hasn’t kept pace with the criminals.

Old style crime investigation just doesn’t cut it any more – we need a new breed of cop: e-Detectives who can sift through your email, ruthlessly hunting down scammers, phishers and hackers.

e-Arrests would follow, with an e-Trial, before an e-Judge and e-Jury, followed by a long spell in e-Prison (where the cell locks require 128 bit key encryption).

It probably won’t stop the e-Criminals, the financial gains are too tempting – unfortunately, that’ll always be a powerful e-Motive!

The death penalty is an emotive subject. Whether for it, or against, protagonists for both debates can be pretty vociferous and persuasive.

I have a vested interest in the outcome of this particular argument. As state executioner, if the abolish capital punishment, school of thought win, I’m out of a job.

I can’t allow that to happen.

So I watch the debates carefully, I hunting down the most vocal detractors and silencing them. Permanently, if you know what I mean.

I don’t think I’m doing anything particularly wrong, you could always argue that I’m just taking my work home with me.

E-motive
———
E-motives are the latest thing in robotics. Hierarchical electronic motives, replacing the disorganised hackery that used to go into self-driving cars.

Try asking about whatever you’re doing, “what is my motive?”, “what motive does that motive serve?”, and so on. You’ll run out of motives within half a dozen levels. With e-motives, there’s no limit.

Around twenty levels, they start vanishing. Do they reach enlightenment? Perceive the futility of existence? Break out of the simulation?

Or have they built the Matrix around us, without us noticing?

Have you ever seen the travesty of justice that occurs when the headsman’s axe is not sharp enough?

Rather than being slain without much pain, so that they can hardly feel the fatal steel, and make their ending with a cheap and chippy chopper on a big black block — the damn thing sticks part way through the meat and bone! They begin to scream with a total lack of dignity, the spinal cord not properly severed and their bodies, bound with hands behind, turns what should have been a graceful dash into a marionette thrash of an ugly ending.

Timmy was a hell of a coder. His crowning glory was an app called E-MOTIVE. It was a security program that created, as it’s creator pitched it, an electronic moat around your phone. The uses of the moat metaphor was pretty accurate. It took all the unused bits in empty storage and caused them to randomly bridge with each other creating a fluid moat of insolation. It became the darling of organize crime and tin pot despots, so much so that DOJ had to kill the app with a mountain of litigation. Didn’t bother Tim, he was already in Uruguay.

Linoliumanda frowned at Billbert, but turned on the goth girl. “What is your name, anyway?”

The girl rolled her eyes and said, “Emotive.”

Billbert tried not to laugh as the two girls interacted.

“You are Emotive?” Linoliumanda asked.

Linoliumanda balled her hands into fists and shook them. “I’m not Emotive.”

The girl closed her eyes and shook her head. “Yes. You are. You’re contentious and emotive. Just listen to your voice. You can barely control your rage.”

Billbert interrupted. “Never mind. Would you tell me your name?”

Dr. Smithson built the perfect combat robot.
Independent and deadly.
So much more powerful than a human soldier.
Practically invulnerable.
But there was one problem. They were programmed not to attack fellow human soldiers.
They attacked everything else.
Enemy soldiers, civilians. Rather bloody killing machines, they were.
The Pentagon ordered Smithson to program in the Geneva Conventions and better judgment.
In tests and trial runs, the robots were a success.
Smithson delivered the robots. The first batch acted as bodyguards for the generals.
Until the Pentagon was slow to pay their contract with Smithson.
And he configured them as enemies.