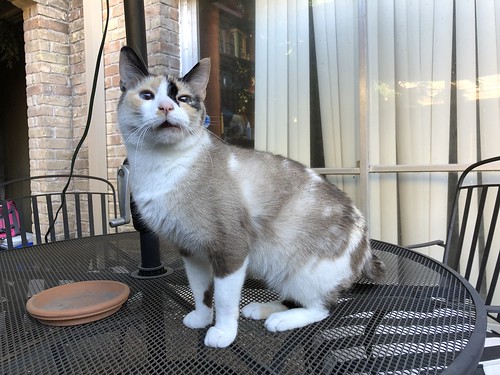 The end of the bridge approached quickly and the jeep charged off the edge of the platform.
“There goes another pilot,” said the chief engineer, crossing his arms over his chest.
“We need a different solution for this,” said the director. “We cannot afford losing more pilots and, what’s worse, jeeps. We are stretching our resources thin as it is. I told you that it was a bad idea to test the brakes system at the bridge. It’s too high.”
“Yes, but you also said that you wanted to reorganize the staff, didn’t you?”
The director sulked and walked away.

Since buying an electric car, I’ve had to come to terms with the pitfalls of being eco-friendly.

It’s fine starting a journey with a fully charged battery, but I’ve learned from experience you have to plan carefully to ensure there’s somewhere to charge up again at your journey’s end.

I managed to run out of juice in the middle of the countryside. Thankfully, a passing farmer towed me to his farm and let me use his mains supply to get back on the road.

I asked him how much he wanted for his kindness. He laughed, and responded…

In 1898 the little town of Ziegler had 60 people, a planning mill and a saw mill, one cheese factory, one hardware store and one shoe store, and a Lutheran church. The Post Office delivered mail there three times a week. By 1909 it had a Post Office of its own.

Bob tried to trumpet the town to success, but feeling a stich below his rib cage he discovered a tick, and an infection that had eaten into his flesh. His pittance of an income was not enough for a doctor. History was to delete both him and the town.

Slightest Idea of Balance. —Cindy called her bank the Money Store. Never one to have the slightest idea of her balance. She had a fistful of charge cards and if one filled to the brim with debt she’d just go to the next one. All this was made possible by Sir Ralph Nedgrove the 33rd Earl of LandBastard. She was the only daughter of his oldest friend from Eton. Morris Swindle was a deep academic and an Oxford don with no family wealth behind him. Nedgrove never married, Cindy was the closest he’d come to an intentional niece. “It’s only money,” Ralph would muse.

Two things in life are certain: Taxes and death. However even after succumbing to one, you still won’t escape the other. Death has its own tax.

And I’m afraid the ferryman’s charge to cross The Styx has kept pace with inflation too. You’re won’t get away with a measly coin to pay for your journey. In fact, you should really start saving now to cover the cost of your final journey!

Of course, carrying large amounts of cash into the afterlife is awkward. But the ferryman now accepts bank transfers, all major credit cards, and Apple Pay!

At Lao’s Chinese Restaurant, the less you eat, the more you pay.

The All You Can Eat Buffet is $5. But mens’ eyes are hungrier than their bellies, and those who dine thus regret their choice— until the next time.

The All You Want To Eat Buffet costs $10. You must ask of each selection whether you truly want it, for every dish chosen implies many others untasted.

For the All You Should Eat Buffet, the charge is $20. You must choose only by the rule, what will make your body a better temple for the soul?

I used to fill up my truck every other week.
Now, I charge my plug-in hybrid car at work every weekday.
I’ve had the car for over three months.
I’ve only used half of a tank so far.
And that tank only holds seven gallons.
At some point, the gasoline will go bad.
So, I put the car into Sport Mode so it will burn more.
It’s a lot more fun to drive.
I have to floor it and get a little reckless to burn the gas off fast enough.
Man, pretending to be environmentally-friendly has never been more fun.