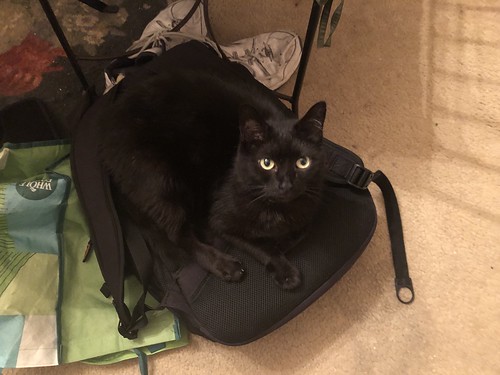 There used to be a little heart in that garden, filled with hope. And that heart grew and grew. The little heart wasn’t so little anymore when it decided to leave the safety of the garden. He still recalled the butterflies and the tree house though. He even recalled the weasel and the pelican. When the little heart was arrested, the only thing he could think of was how far away the garden was and how he wished he could go back. But then he remembered… he had torched the garden, because that had been the right thing to do.

One of my friends in school was known by the nickname ‘Spock’.

It wasn’t that he was incredibly intelligent and able to employ his razor sharp scientific observations to solve the most difficult problems. Neither was he a nerd, geek or trekkie – if anything, he was rather mundane, and preferred soap opera to sci-fi.

He didn’t have jet black hair, styled in a bowl cut, slanty eyebrows, or pointy ears. In fact, he was blonde, fat and nondescript.

Well he was Scottish, and we already had one ‘Jock’ in our class.

That’s kid logic for you.

Logic dictates that any serial killer will eventually be caught.

They will either make a critical error of judgement, a simple mistake, or establish a pattern of activity that, by a series of logical deductions, leads to their downfall.

Advances in forensic psychiatry and geoprofiling have made it ever more difficult for the dedicated sociopath to hide their tracks.

Logic, not the law, is the killer’s worst enemy.

And that’s why my killing sprees are random, chaotic affairs. No patterns, no commonalities, no particular rationale.

I simply kill when I feel like it – anyone, anywhere, any time, any method.

Logic
———
“What I hate about humans,” began Spock, “is that they lie. They speak truth only by accident.”

“We Vulcans master our feelings,” said Spock, “never obey them.”

“We Borg have no feelings, only intentions,” replied Seven. “But I concur with your assessment of the humans’ character.”

“Yet we are both half human.” They looked inquiringly at Data.

“My creator was human,” said Data, “and made me to aspire to that state. This corrupts my judgement.”

They agreed. “The humanity we acquired to decide their fate, prevents us deciding.”

If Not to the Swiftest, Then Who?

Carl was the worst cross county racer at our school. Hell it was the worst cross county racer in the whole district. From the first steep to the last, he was losing ground. Lord the kid had heart, pump those leg just as hard as he could. Just didn’t have the raw talent to compete. Still for four years he ran. You’d think he’d at least the respect of his fellow runners, nope. Didn’t matter to Carl, he just ran. In 1992 an airplane when down in the Chilean desert 125 folk never made it out One man did.

When I was in college in 1972 one of the problems in my logic text book was how to find the weight of one coin heaver or lighter of 12, in just three weightings. This problem was an even one, and in the convention of college text had to solution in back of said text. Fast forward to 1992 ending up in a college logic class, same text, same no solution. But in 2012 the miracle of the internet produced the solution. The answer lay in the number of coin in each weighting 4-3-1. And bit of Modis Tollens

The banks buy everything back to New York.
Treating the rest of the country… the world as their taking.
The Yankees buy all the talent back to New York.
Treating the rest of baseball as their farm team to plunder and pillage.
Everything about New York… the restaurants, the theatres, the comedy clubs.
They take and take and take.
And then, one day, the rest of the world stopped letting them take.
They sealed the tunnels, blew up the bridges, and sank all the ferryboats.
Build walls around the burroughs, sealing in New York.
And protecting the world from greed.