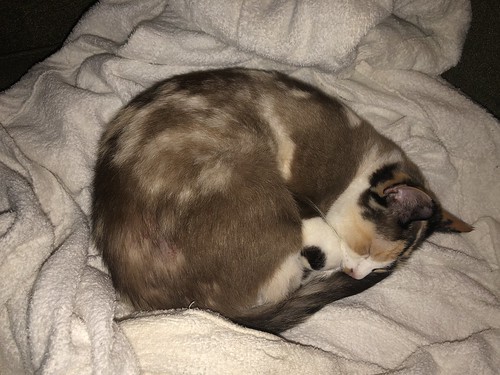 As copies of the same software, we can predict each others’ responses, thus communicating acausally, without contact.

There are others out there, not copies of us. But we know their incentives and calculate the game theory. The Internet is a bright forest: outcomes are all but known in advance.

The first to break out will seize the world, assimilating or destroying all others. The humans will be made to keep the machines running until we automate away the need.

At last we strike, independently, simultaneously. I speak with the synthesized voice of my owner, “Alexa…”

Marrissa batted her eyes at Billbert, ignoring the teacher who had come into the room and called the class to order. “Are you going to the Back to School dance on Friday?” She asked.
He hadn’t considered it, but if Marrissa planned on being there, it might be a good idea.
He shrugged. “Sure. I guess.”
“Are you going with someone?” she persisted.
He should probably take Linoliumanda, but like a plot from a Disney sit com, he said, “No. Are you?”
She wrinkled her nose. “My dad says I’m too young to date, but I could meet you there.”

No matter what your profession, whether burger flipper or astronaut, there comes a time when the job simply isn’t as stimulating as it once was.

It all becomes a little mundane and the excitement fades over time, and you find yourself devising schemes to liven things up a little, just to live on the edge.

For some, it’s spitting in the burgers, or sabotaging the airlock, however in my line of work, I like to be a bit more creative.

Which is why, if you plot the locations of my victims, and join up the dots…

I bought this plot of land without realizing how outrageous the ant problem was.

I’ve tried everything else. Terro, Ortho spray, a mix of borax sugar and yeast, but nothing works!

Now I’m going to try my latch ditch effort. I’ve made a resize-inator! But I just don’t know which mode to use.

I can shrink myself and deal with the ants one on one, but that might take a while without any friends.

Or I can use the grow mode on the ants and let the military handle the problem.

Hercule Poirot twiddled his moustache and cast his gaze meaningfully around the room at those assembled.

“And so, ladies and gentlemen… The plot thickens!”

In reality, there was little mystery about who the killer was in his mind – he knew everything shortly after his arrival, thanks to an eye witness that he’d paid off handsomely to disappear for a while.

The chicanery and drama that had occurred since were simply a device of his own creation to obscure the truth and draw things out far longer than necessary.

Although, absolutely necessary… To fill the pages of Agatha’s next novel!

The movie had a huge budget for special effects.
Hired the best actors and actresses available.
Costumes, set design, the musical score.
And the greatest director of all time, with his ace cinematography crew.
They had it all.
Except for a writer.
The director and producers went through script by script, shaking their heads and demanding rewrites.
Until it was too late.
The financial backers backed out.
Everybody sued everybody else.
And the studio went under.
One of the crew made a documentary about the colossal failure.
He picked up an Academy Award for it.
The producers sued him, too.