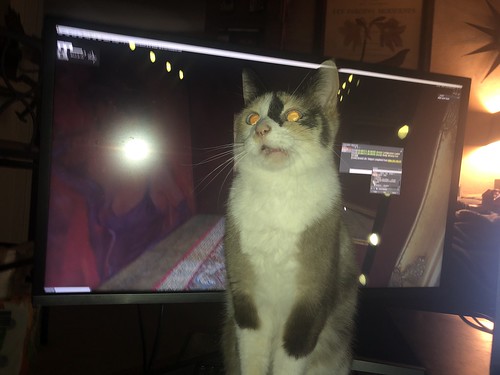 As I rode into Deadwood, there was a palpable change in the atmosphere. People discreetly disappeared into the shadows, mothers hustled their kids indoors, curtains twitching behind hastily slammed windows.

They knew who I was and they knew my business… And they wanted no part of what would shortly unfold, plain and simple.

I secured my horse, and stepped into the bar.

The room fell silent. Every face turned to look at me.

I reached for my side and drew… A bunch of tracts from my pocket.

“Do any of you good folks know Jesus as your Saviour?” I asked.

The reason why I’ve decided to leave was quite simple. I was tired of everything and everyone. I was especially tired of him. Yes, that guy who worked at the cafeteria. He didn’t do anything to be honest. He never said anything either. He was just there, staring at me all the time. When I found him standing across the street from my door, I packed and left. Now, I live by the sea. It’s beautiful. It’s actually more than I could’ve wished for. The guy next door… He stands at his window and stares at me all the time.

It beat to panning for gold

He play tuba in the Deadwood Civic Opera. In year three the city was the first electrified urban center in the country. Han’s had no trouble reading the sheet music in front of him. The lighting in the pit was excellent. Superior to the Munich Opera house. The pay was good, but he wasn’t about to quit his day job. In fact a year later he had found a vein that allowed him to purchase the Opera house. Play tuba up on till the panic of 1895. Die the next year of the flu. On windy nights you can hear …

They say discretion is the better part of valour, which has never made any sense to me.

For me, discretion is definitely the better part of not getting caught, and trust me, there’s no valour in being found out for your crimes.

There are those however for whom notoriety is very appealing; which never sits well with being discrete. The public must know your exploits without working out your identity.

It’s a dilemma that often leads to failure… Let’s consider another proverb: Pride comes before a fall.

I’ve decided to take the middle ground – taking pride, in being discrete!

I play at the back of the band with my tuba

I keep the bass steady and strong

But one day I got tired of the old oompah oompah

Can you say that what I did was wrong?

I began with a high carefree descant

My fingers were nimble and fast

I then ventured ten variations upon it

But the rest of the band looked aghast.

I thought my stunt solo was splendid

But the leader just wanted me gone

Now in private I toot my own horn.

After school Billbert walked to the bus zone in a daze.

The prettiest girl he had ever met said she wanted to meet him at the school dance. Too twitterpated to use reason and realize this was probably a stunt devised by a cold-hearted snob to make the new boy look simple and stupid, he smiled blandly as Tony “The Tuba” Scarpanelli stepped into his line of travel.

He shoved a finger into Billbert’s chest. “I hear you think you’re going to the dance with my girlfriend.”

Discretion also evaded Billbert. He said, “No. I’m going to meet Marrissa there.”

The late comedian Bob Einstein was best known as Super Dave Osbourne.
He would perform dangerous absurd stunts and get horribly injured when they went wrong.
His last and greatest stunt was playing the tuba while marching through a minefield.
During his test run, he managed to go from one end of the minefield to the other without setting off a mine.
But the reason was that it was winter, and the fuses has frozen solid.
Three months later, when it was time to film the stunt, the fuses had thawed.
The production company forfeited the deposit on the tuba.