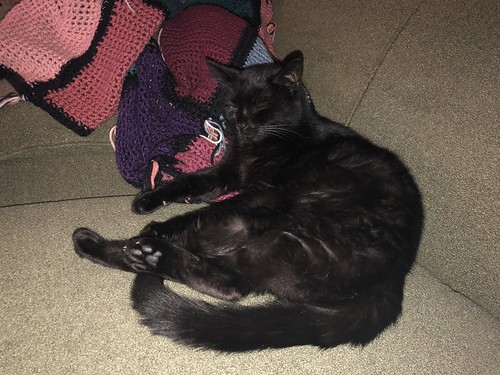 Those bags looked interesting, he thought. He walked closer, watching the passengers, checking if anyone was keeping an eye on them. Nope. He sat next to them. Vintage. He could sell them for a nice amount, plus all the clothes inside, perhaps even a computer. As he walked away, he felt something wiggling inside one of them. He hid behind a building and opened it slowly. The clothes were moving. The moment he decided to close the bag and leave it behind, something jumped from underneath and bit him on the face. His last words were “Curiosity killed the thief”.

You awake suddenly: Your sleep disturbed by an unexpected noise in the silence of the night.

Straining to hear, the only sound is the thumping of your own heart and the white noise of an empty house.

You peer into the darkness, eyes wide, your fevered imagination turning shadows into demons; unfamiliar shapes into unwelcome intruders.

Silence. Darkness. A void into which your primal fears creep, disturbing and all too real.

You’re on edge, even though logic says there’s nothing to fear. You force yourself to relax.

Then, terror! As a warm, heavy mass thuds onto your chest!

The great thing with having a hole in the fence, conveniently situated at eye level is people can’t resist peeping through; especially when the fence surrounds the house at the end of the street that spawns all those whispered rumours.

However, there’s little to see – an overgrown patch of land, a child’s rusty swing, that’s about it.

At least that’s all that you’ll register before you learn why you should never peer through holes in the fence around the house at the end of the street.

And the last thing you’ll see?

The crossbow, aimed precisely at your eyeball.

Peer
———
Someone had driven dangerously, but who? The self-aware, self-employed, self-driving taxi, or the passenger who had ordered such haste? The passenger blamed the car, which surprisingly agreed, contested the charge, and insisted on trial by a jury of its peers.

But who is the peer of a sentient taxi? Eventually, it was tried by a human jury, but precedent was set.

And now, pretty much anything with a brain, whatever it’s made of, is equal before the law— but perhaps not for long. With robots getting smarter, the question must soon be asked, are humans still the equal of robots?

Billbert lay on his back and closed his eyes, breathing slowly, waiting for the pain in his stomach to pass. He heard someone approach and stop beside him. He opened his eyes to peer at the students towering above him, hoping to see a familiar, friendly face. He recognized none from the group of peers crowding around him.

A boy pointed at him. “Dude. What happened to you?”

Billbert slowly drew in a breath to explain, but stopped when he heard a familiar voice from outside the circle of students.

“Billbert. Is that you?” Linoliumanda pushed through the gawking bystanders.

I’m a good writer.
But I still make mistakes.
So, everything I write gets peer reviewed.
That way, someone else can catch my mistakes.
Then, I can produce even better writing.
The peer review is meant to be covering my blind spot for mistakes.
But someimes, I feel hunted. In the spotlight. Attacked.
Any mistake I make is that much worse.
Which makes me nervous, so I make even more mistakes.
But that’s okay. I can be as sloppy as I want to be.
Someone else will catch the mistakes.
Until… it’s time for me to peer review someone else.