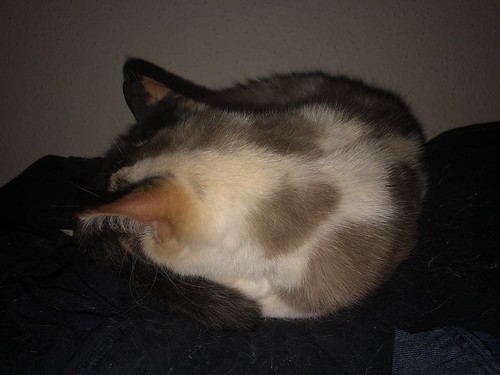 Linoliumanda dropped to Billbert’s side, checked carefully for bruises and then threw her arms around him. “You poor boy. What happened to you?”

One of the boys in the crowd laughed and said, “That’s life. You mess with a guy’s girlfriend, he just might turn you into mush. I don’t think Tony was being vindictive, just protecting what he thought was his.”

Linoliumanda sat back on her feet and frowned. “You’ve been messing around with a girl other than me?”

Billbert coughed. “No. I just told Marrissa I’d meet her at the dance. I was hoping you’d be there, too.”

he first rule of Fight Club, is you don’t talk about Fight Club.

That makes it difficult to explain away some of the consequences of Fight Club.

There’s the cuts and bruises, black eyes and the occasional missing tooth, and when you walk into work sporting a fresh set of injuries, people are going to ask questions.

Now, I’m not a vindictive person but somebody has to take the rap, and that somebody is my husband.

That’s why everyone in work thinks he’s a wife beater, and it’s also why everyone at Fight Club is out to get the bastard!

Frank was the goto person when you need a particularly difficult job done. Take alligator bathing. Not number one on my list, but then I’m not Frank. Frank discovered gators are rather fond of bubble baths. They like to have their stomachs rubbed with a brisk bath brush. Odd as this might seem prefer cold water to hot. I ask Frank once what was the trickiest part of bathing an alligator? “It not so much the bathing part,” noted Frank, “It’s the towel drying. They tend to see this as an excellent opportunity to take off your arm.”

Queen of the Adriatic –

Aaa Venice. Piazza San Marco St. Mark’s Basilica, the home of the Gothic masterpiece Doge’s Palace. A city so historic a permit for a skylight cost one10,000 lira and take three years to process. A city will worst August disease victors then Paris. A city whose mere air did in the heir to the Holy Roman Empire. A city sinking into the sea, because unlike most respectful city is pretty much built on mud. The only reason it has gone the way of Atlantis is millions of peer of Alder has resisted the effect of the sea. A city on peers

My wife had that look in her eye again.

The pile of towels that she dumped unceremoniously next to me, accompanied by that accusatory sigh, spoke more eloquently than any words ever could.

“We’ve been through this before”, I said. “Your dog: Your responsibility! If you’re going to let him play in the mud, you bath him!”

She grabbed the towels and headed for the bathroom, grumbling.

I waited for the inevitable shrieks, crashes and cursing that would follow, whilst idly pondering the practicalities of buying her an alligator for her birthday.

Now, that would be a bathtime worth watching!

The pilot wanted to land the plane. He wanted to drop every single passenger safely at the airport. He checked his flight plan and was confident he could do just that. He greeted them one by one. He smiled and exchanged a few words of encouragement with those flying for the first time. Mid-air, the stewardess said someone wanted to talk to him. He left the cabin and… saw her. He knew right there and then that the passengers weren’t safe. He was going to kill a few and bruise a bunch.
“Where is she sitting, again?” he asked, sneering.

It’s okay to sing in the shower.
But dancing in the shower is a bad idea.
You’ll slip and fall.
Maybe you’ll hit your head on something.
And if you wake up, you’ll wake up bloody and bruised.
Everything’s blurry and out of focus.
What the hell just happened?
You check your teeth… they’re all still there.
See the blood in the shower, check yourself for cuts.
Try to dry your hair with a towel, blood on the towel.
And as you try to get out, you slip again.
Hit your head again.
And back into the dark you go.