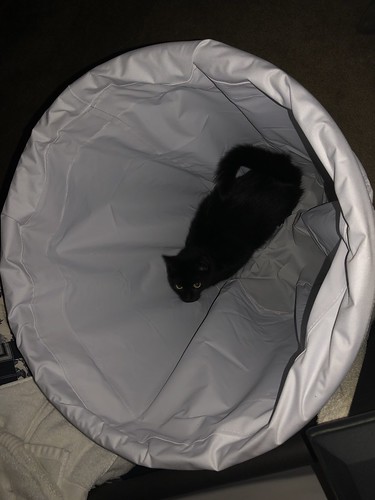 The Theory of Relativity, so I’m told, states that the nearer the speed of light that you travel, the slower you age.

If that were the case, then surely the nearer the speed of dark you travelled, the faster you’d age?

And what if you travelled at a speed exactly half way between each of those two extremes… Would you simply remain at the same age forever?

It’s all a bit pointless anyway – too fast, and you’ve no time to enjoy it; too slow, and you’re dead before you can.

And stuck in the middle?

Flying at an average speed was his skill. He did it easily. The day he decided to get rid of her, they jumped on his small plane and took off. She was looking forward to this adventure. He saw that in her annoying little beady eyes. “The plane doesn’t have doors, how cute,” she said as they flew higher and higher. Yes, it is very cute, he thought, especially now that that damn flock of whatever birds they were was flying too close to his plane. Silence. Good thing he had a parachute on. Did she have one too? Nope.

Speed kills, so they say.

I decided to test the theory, but so far I’ve had no luck at all in proving it.

It doesn’t matter how fast you’re travelling, your body is more than capable of dealing with it.

However along the way I’ve managed to prove that there’s a host of other things that can kill you pretty effectively – excessive acceleration and rapid deceleration, air turbulence, oxygen deprivation, friction.

You don’t even have to be moving: anything coming your way at speed is a highly effective weapon…

A bullet, for example.

Speed is such a relative perception. While 100 in a car is bit dicey on a long rail 1000c Harley Hog is nearly a transcend experience. I was 17 at the time. My high school friend who had own a whole mess of motor cycle before he got the hog, took me on its maiden ride. We headed out to Governs hwy one truly over constructed patch of level and straight road. I watch the speedometer needle move past 100. Then I made the mistake of turning my head. Wind ripped the glasses off my face, and explode on the road

Since he’d missed his bus, Billbert had to walk home. He could call his mother and tell her what happened and she would hurry to get to him. But then, she would probably speed right into the principal’s office to file a complaint. He’d rather deal with it on his own. Walking would give him time to think.

“Junior high sucks,” he grumbled while counting the number of enemies versus friends he’d made in the last week.

“Rodrick, Marrissa, Tony, and now Linoliumanda. What about Wanda? Who’s side is she on?”

Those were the enemies. Did he have any friends?

My television had a volume knob and a channel knob.
You pulled out the volume knob to turn the television on, and pushed it back in to turn the television off.
There were no Blu-Rays or DVDs or video tapes.
No fast-forward or reverse.
You saw and heard it at the speed of time.
Everything was when it was, when the programmers said it would be.
And only that which they’d let you see.
In between the commercials.
Or the news breaks.
Which were just teasers.
Commercials for the news
Which will just be noise in between its own commercials.