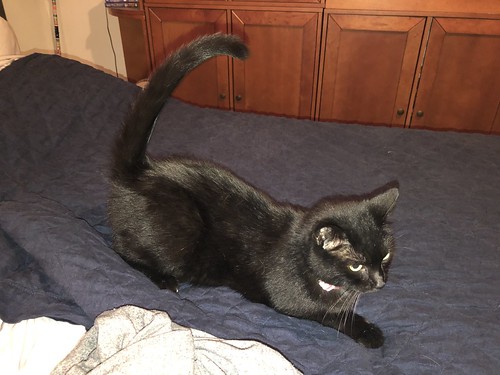 Billbert showed up for the dance on Friday night, having not spoken to Marrissa or Linoliumanda in days. He wondered if either would be there.
A lady at the door to the gymnasium checked his student ID before letting him into the large decorated room.
The lights were on.
Parents had worried their children would get up to no good if allowed to dance in the dark.
Therefore, no one danced. Instead, students lined the walls glancing nervously at one another.
Until someone requested the DJ play the Harry Potter Theme song.
On the dance floor, Linoliumanda danced by herself.

I thought everything was going really well.
My date kept giving me flirty looks, laughing at my jokes and we were getting on as if we’d known each other years.

The restaurant was pretty good too – a little fancy compared to my usual haunts, but I wasn’t complaining, and the quality of the food almost justified the exorbitant prices!

Meal over, I leaned back in my chair and let out a satisfied belch.

“Oh, I’m no lady”, I replied, surreptitiously rearranging the bulge in my underwear to a more comfortable position.

The writer hammered the story on his laptop. The damn plot wasn’t working. His main character, Lady Whatever (name not yet settled), had just hidden the corpse of her husband under her bed. The writer tried to convince the character that that was a bad idea. Lady Whatever gave him the finger and continued with her merry life. He grinned. That character had to go. Lady Whatever, who was pretty smart, hid under her bed. The stench was so bad, that the writer gave up. Let her be, he thought. And the story was a success, believe it or not.

The Lady of Shalott, it is said, died of unrequited love for Lancelot.

He, oblivious to her yearning, spurned his king and his calling, for a tawdry, illicit affair with Guinevere, bringing civil war and an end to Arthur’s throne.

So much for chivalry.

However, Lancelot of the Lake wasn’t entirely to blame…

As they say, behind every successful man, stands a scheming woman, and I – the Lady of the Lake – hold that particular title in this story.

And, for me, it all worked out exactly as planned:

After all, in the end, I got my sword back!

They say that Evel Kneivel broke every bone in his body.

But she broke it two hundred and six times.

She’d appear on talk shows and trip over a riser and break her toe.

And the audience would laugh.

After a while, she’d had enough, and she had that toe surgically removed.

The next stunt, she was impaled by a piece of rebar.

But she didn’t break a single bone.