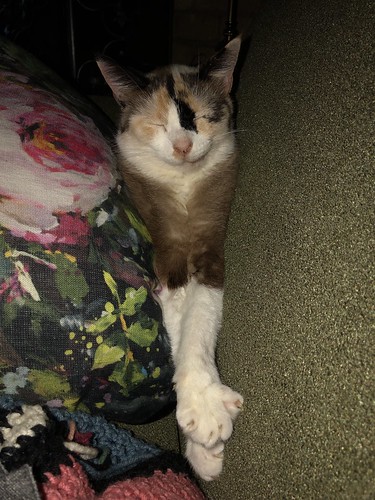 The priest stared at a silent room packed with anxious people. Suddenly, a truck arrived. Three men, heavily armed, entered the room. Halfway through the aisle, one of them raised his gun and fired a totally unnecessary warning shot. The crowd remained in silence. “Everybody out.” They stood up and walked quietly. “Where are you taking them?” asked the priest. “None of your business.” When the crowd got to the truck, the three men had disappeared. The priest drove the vehicle down a ravine a few miles away. They had bought some time to run and now they had guns.

Why is it that bomb makers can’t seem to resist using colour coded wiring in their devices?

Is there some sort of anarchists’ bomb manual that gives step by step instructions in making your own explosives; or do they do it simply because it’s easier to identify which wires to disconnect if they accidentally activate the timer?

Perhaps they’re just being cute… Deliberately not using red for live, and yellow for control, simply to wind up those faced with the almost impossible decision, ‘which wire to cut?’

If it was up to me, I’d just use the same colour throughout!

With a sputter, the vehicle died, coasting to a gentle stop. The headlamps dimmed and flickered, before fading completely.

A desolate road; a lonely forest; a broken down car and four teenagers rapidly succumbing to abject fear.

And, in the darkness: Shuffling footsteps, steadily coming closer.

A disturbing figure, in the middle of nowhere, trudging along the road at midnight, holding a full can of fuel.

In different circumstances, in daylight, I might be a welcome sight – a guardian angel. A saviour.

But tonight, in this place, in the darkness…

What do you think?

•Summer, 1944, Rural France
Sgt. Wilford Green’s squad was encamped on a farm for the night, taking advantage of the relative security and comfort to rest from their patrols for German soldiers scattered by the Allies’ D-Day invasion.
As his men slept, Sgt. Green stood watch from the hay loft of the barn. While scanning the dark French countryside, he felt a voice shout in a whisper above him ‘Get down!’ He immediately obeyed, ducking to the floor. The next instant, a rocket flew through the window he had been watching from, his life spared. So much for a quiet night.•

Billbert and Linoliumanda bobbed and shifted in a way they assumed was similar to what was considered dancing. As the song ended the DJ said, “Don’t go anywhere. Here’s a slow song for you cute couples.”

Before he could move Linoliumanda had Billbert in a bear hug. Resigned to enjoy himself, he put his hands on her back and swayed in rhythm to the music.

Halfway through the song, someone shut off the power. Standing in the darkness with his arms around Linoliumanda, Billbert wondered if he could keep dancing, even though the music stopped when the lights went down.

Darkness Darkness Be My Pillow

In the darkness I followed the color coded floor. Red as good as blue. A memory of things past, deeply stored flashes from childhood, set in stone by the horror of that moment, cold and hard. So here I was again letting my feet led and my brain accept that choice. In the end the end is just being left with a single choice, neither bad nor good, just what it is. Still in the black I wonder are my last steps pressing against blue or are they coursing over red. When the white return I see it was actually neither.

Franklin worked in Municipal Services as a street-cleaner.
Until the robots came, that is.
Drones took over garbage collection, pothole repairs, and road cleaning.
Service Union Nine called for protests, and Franklin went out, attacking robots with baseball bats.
Sweeper Unit 482-Blue had a scratched proximity sensor, and instead of detecting Franklin’s son Ray and stopping, it ran the boy over.
The city showed Franklin the tape from the onboard security camera, seeing his own face repeatedly slamming a robot with a bat.
Digitally faked, but still enough to get him to settle out of court for much, much less.