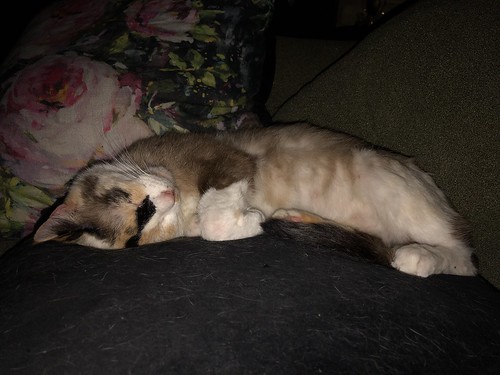 “This is not a dresser. It’s a cupboard.”
The seller tried to convince her that it was a dresser, a modern dresser, a modern looking dresser. The seller talked a lot. He also smiled a lot. No, he sneered. That made her uncomfortable. He tried to convince her that the shelf standing next to the supposed dresser belonged to the package although it looked completely different. In fact, it wasn’t a shelf at all. It was a coat rack.
She didn’t appreciate being tricked.
It was difficult to stuff all the pieces of the seller inside his stupid modern dresser.

When Left With a Single Course of Action

With a furrowed brow he pondered the ruin of all things. The deepest furrow newly added to the rows of ancient weights was for his niece Amada Longbridge. A girl with infinite inspection and little else. Was this the third or the fourth time ransom to Barbary Pirates had been transmitted to his agents on the continent? No matter it was this or rounding up rowers for a foray up the Amazon.

“Your Lord,” quietly spoke Arnfleck “Yes.” “A wire from the Americas.” As he read a new furrow settle in above the last. “Seems we’ll need more than Lawyers, Guns, and Money this time.

And there it Sits

It caught my eye as I rounded the corner to the bathroom. In the room forever referend to as the sewing room, a good thirty years after any sewing was done, sat the dresser. I forgot it was there. I had given it to our intentional niece Zen when she had made the sewing room, her room. That was before she became wife and mother. I never cared for the green paint job and at the time of purchase planned to strip it down and leave the raw wood exposed. That was fourth year ago. I’ll get around to it.

I always wanted to work in the movies, but it’s a tough industry to get a foot in the door, and you have to work from the bottom up if you’re serious about making it to the top.

It brought a whole new meaning to ‘working from the bottom up’!

When the lights came on, the dancers separated. Linoliumanda held tightly to Billbert’s hand.

The principal, Ms. Frunsio scowled at the assembled youth. “If we find out who turned off the lights, you will be suspended.”

Tony stepped in front of Billbert and looked down at him with a sneer. “Well, aren’t you the fancy dresser.”

Marrissa giggled. With his arm around her waist, and hers around his, they shuffled away like a pair of drunks.

Billbert looked at his white t-shirt and new blue jeans and compared himself.

He looked the same as most of the boys his age.

I’m not unusual in wanting to keep alive the last memories of dead relatives; I just have a few more than usual.

When so many of your family die in unusual circumstances, leaving no immediate next of kin, I’ve always been there to take the ashes and give them a new home.

I have so many urns, I bought a dresser to keep them all together.

All, that is, except Aunt Maude.

So I chopped her up and keep her in the freezer.

Handy for the occasional Sunday roast.

i don’t own a dresser.
Instead, I own a large armoire and a rolltop desk.
I put my socks, underwear, and shorts in the armoire.
And lay my pants along the top of the rolltop desk.
I hang my undershirts up in the closet.
And then hang them paired with button-down overshirts.
All black, mind you. Because I look good in black.
One of the cats likes to pull out the armoire drawers and crawl in them to sleep.
They shed all over my clothes. Sometimes, they vomit, too.
Then she goes back to sleep.
In another drawer, of course.