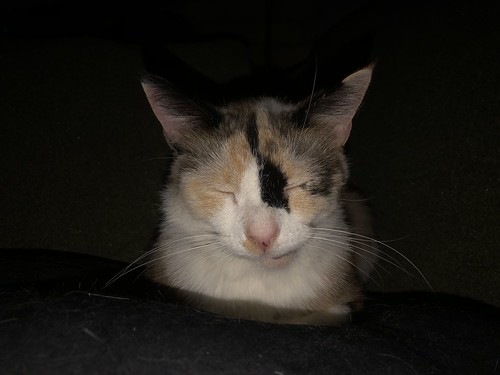 “Tell us a story.”
They shifted in their seats. The idea was to listen to stories at the beach, not tell stories, people thought.
“Just any story.”
People tiptoed away.
The host waited. It was such a nice day.
“Come, have a seat here.”
Everyone left except for a little girl.
“Do you have a story to tell?”
The little kid nodded and pointed at a scar on her chest. It was huge.
She smiled and said “But I still have my heart in here!”
“That’s a great story,” said the host, thinking it was all worth it after all.

Floating in a tin can

I peered into the inky void; far off, further than I could comprehend, the small blue planet – the place I knew as home – receded into the distance. Soon, it would be indistinguishable from the other pinpricks of light that studded the darkness.

As I hurtled through space, with only the thinnest of foil to protect me from the vacuum outside, I slowly, inevitably became insane.

When Mission Control realised the awful truth, they abandoned me, cutting my communications, leaving me to my fate.

They also made fat profit from the sale of ‘Major Tom – Space Hero’ T-shirts.

The sign said Last Chance Lemonade Stand. It sets at the very edge of the void. Technically not in the void, cause you could actually see the damn thing. Moreover it was actually the only thing on either side of the void. As you took a stool at the counter one could see the light fading to black. Well actually it wasn’t exactly black, it was more the absent of tangible form. Since most folk are light on cash, I’m pretty liberal with credit. Some folk have been here an eon or two. Can I get you a refill Adam?

All final appeals have to come through me.

I only deal with the serious stuff – last ditch stays of execution on death row; last minute repeals of death sentences; pardons at the eleventh hour… That sort of thing.

I’m thorough. These things have to be done properly – no loopholes or errors.

You’d be surprised just how often they manage to screw up the legalities: A missing signature, insufficient copy documents, or simply completing the forms in blue, rather than black, ink.

So, I stamp them ‘VOID’ in big red letters, and they have to start all over again!

True, Billbert’s white t-shirt wasn’t fancy and Linoliumanda’s dress looked more like a wizard’s robe than a ball gown, but they weren’t much different than most of the other kids who milled around wondering what was going to happen next.

Then the DJ’s voice blared enthusiastically, filling the void in activity, “Until we can find our culprit, let’s dance.”

Billbert felt a tap on his shoulder and turned to find Ms. Frunsio, scowling behind him. “May I have a word with you, please?”

I stared into the void.
It stared back at me.
I made faces at the void.
It made faces back at me.
I put my thumbs in my ears and wiggled my fingers.
The void stuck its thumbs in its ears and wiggled its fingers.
We kept this up all night.
I’d do something. And the void did it right back.
I know it’s not very mature to do this to the void, but how often do you get to stare into the void?
Or maybe I drank too much and got locked in a Forever 21 changing room again.