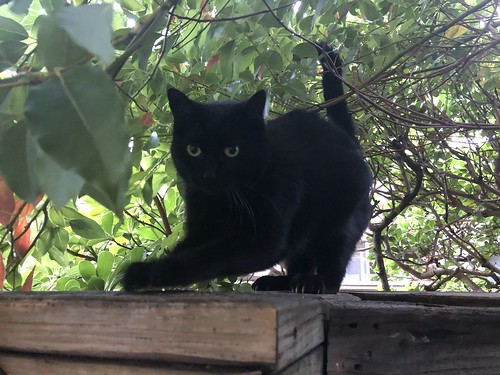 “Useless,” said Reggie.
“It’s good for our plans,” said Ronnie.
“The tractor’s rusty.”
“No, look.”
And Ronnie grabbed a rusty wrench.
“And what is that?”
“Reggie, please. I have no clue.”
Reggie sighed.
“You’re so negative. We’ll lift it in the air and everyone will be horrified.”
“I bet they will and we’ll have a concussion too.”
“Ghosts don’t have concussions, silly.”
“Really?”
Reggie grabbed a random part of the tractor and threw it at Ronnie’s head.
Meanwhile, a few meters away, the farmer and his son were watching, amused.
“They are at it again! They should get a life!”

I’ll never forget being given a Swiss Army Penknife for my birthday – it’s one of those rites of passage every boy goes through in order to become a man.

From that moment, life will be spent attempting to whittle sticks, employ the hopelessly inadequate screwdriver, and snipping anything to hand with the tiny scissors.

And then there’s the bragging…

“It even has a tool to remove stones from a horse’s hoof!”

Because every boy needs one of those.

Although it’s a safe bet, no-one has ever removed a stone from a hoof using a Swiss Army Penknife.

They say humanity’s rise is due to the opposable thumb and our ability to employ tools; the most remarkable of which, is our brain.

You can’t use a brain to saw wood, or turn a screw. A brain cannot be used to draw a straight line, or measure distance accurately, and it’s useless for holding anything firmly in place.

I know this, because I’ve tried – the end result is always a handful of slimy mush.

You can however use a brain to hammer a nail. Although, you do need to keep it inside the skull to succeed!

I’ve been making the most impractical tool for the last four years. It is in consort with a bay area Steampunk Con. I call it a Spunk Sonic Screwdriver. The idea comes directly from the British sci-fi show Dr. Who. Lots of brass, lots of copper. I’ve got pretty good with a tube cutter. It takes a bunch of filing, sanding, and buffing, but in the end: shinny. I make about 10 sets of parts that I give out at the workshop early the first morning of the Con. The part of done this is people come away smiling.

While the adults searched for a wrench or other tool to repair the broken table, Billbert and linoliumanda went to the refreshment table to get a glass of punch.

Billbert looked into his cup, but he didn’t drink. “I’m sorry about wanting to come to the dance with Marrissa. I was a real fool to believe she wanted to dance with me.”

Linoliumanda nodded her head. “Yea. That was pretty stupid. And her boyfriend is such a tool.”

Billbert felt a light tap on his shoulder. It was Marrissa and she’d been crying. “Do you want to dance?” she asked.

Whenever there was a problem in our apartment, we’d call Morty.
He’d been fixing things in the building forever.
Miss Jenkins had lived in 3C for seventy years, and she said Morty had always been the maintenance man.
Morty had a sturdy door and lock on his basement unit.
And the windows were blacked out and barred, so I couldn’t see in.
I felt a hand on my shoulder.
“I keep things running good, yeah?” said Morty. “Why question?”
I nodded.
He patted the hinges on the lobby door, muttered “Good as new”, and shuffled his way down the stairs.