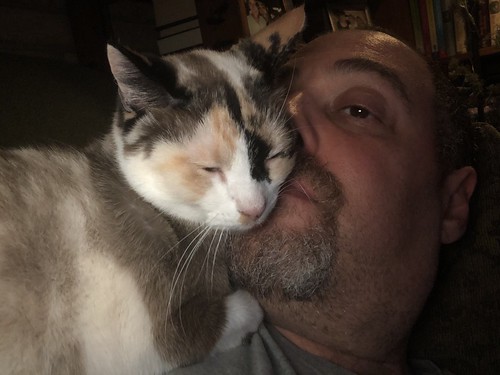 The regulars at the bar took sneaky glances at the blonde woman who had just walked in. Her long hair swayed as she conquered the room, an aura of certainty about her. The tight turtleneck made her perky breasts tease risky thoughts into everyone’s minds. She pulled up a chair and sat down, facing the room, her feet up on the table in front of her. Wasn’t it such a pleasant little coincidence that the chair had a heart on its back? She smiled. Everyone smiled back. A few waved with enthusiasm. No one knew she had the chainsaw ready.

Almost as soon as the words were out of my mouth, I realised my mistake.

I’d just announced to a room of friends and relatives, “I do like saucy holidays!”

You could have heard a pin drop, as they processed what they’d heard. A few embarrassed giggles and stifled coughs broke the silence.

“No, you’ve got me wrong”, I blustered; “We were talking about my last trip, and the amazing Italian food I had: Pasta, pizza, ragu… All those lovely sauces.”

The mood lightened, and I breathed a sigh of relief.

I’d actually been discussing my sex tourism in Thailand!

There’s nothing like a cluster of serial killings to excite the press and to instil fear into the populace – so much more fun than isolated murders that barely make the front pages.

And, I always say, if you’re going to hit the headlines, you may as well do it in style, which is why my favoured weapon is the chainsaw – It really grabs the collective imagination.

There’s something special about the execution too. The sound of metal against bone; the smell of oil and blood; the feel of steel cleaving flesh!

Come here… And let me demonstrate!

All Four OnE – “A job is a job,” mused Rudy as he donned his turtle neck and giant head piece. It took three people to get him into the fiberglass shell. “I am the star after all …” “What a sec amigo. Last time I looked there were four of us.” “Yaa, second banana from the right.” “Stop grossing dude and get into character. We are the Holiday Turtles and kids are counting on us.” “To get hit in the face with pies and rock back and forth on our shells. Not exactly Shakespeare in the Park.” “Ok. Ready. On Four. Cowabunga”

Billbert didn’t have to think twice. Linoliumanda had never burned him like Marrissa had. “No. I’m sorry, but I’m here with Linoliumanda. I’m dancing with her.”

He felt guilty when she didn’t have a saucy comeback, but sniffled and said, “Okay.” She seemed to draw into herself like a turtle and sat in a chair by the window.

There was a sudden boom and a cluster of boys in the corner scattered.

“That’s enough,” Ms. Frunsio screamed. She stood on the stage, her breast heaving with emotion. “This dance is over. And there may be no holiday dance next month.”

For the holidays, we’d take a chainsaw down to the beach and hunt for turtles.
Turkey may be your thing, but a big turtle roast is our thing.
Soak it in the bathtub with grandma’s secret marinade for a day.
We’d dig a pit, throw in a bunch of wood, and get a fire going.
Then we’d throw the grating over it, and as the wood turned to ash, that’s when you throw the turtle on.
Cover it all up, sing a few songs, and breathe in that smoke.
It’s all about family, being together, and eating a large animal.