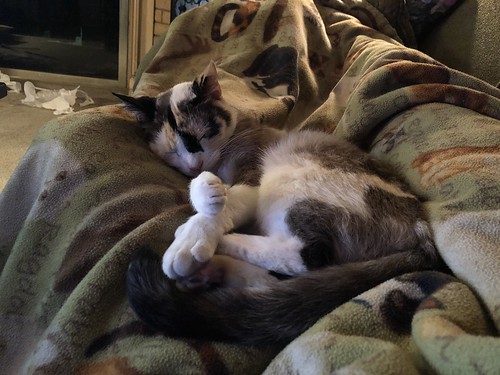 “No,” shouted the elderly lady, forking up a luscious pumpkin pie.
“Yes,” replied another.
The living-room of the Club was packed. All the ladies talked at the same time, tea cups held in a precarious fashion.
Suddenly, the door bell rang…
The rest of that night was spent at the police station where an important decision was made.
No more meetings after a night out at the local pub. The neighbors were such twats.
That was actually the word they wrote on a piece of paper, when they got back, and glued it to the neighbors’ door, chuckling like teenagers.

I’ve always wished life had been created by Microsoft, rather than poofed into existence by some divine entity, forged from random interactions of molecules, or pooped out of the butt of some pan-dimensional being… Whichever creation story you ascribe to.

At least then you’d always have the option to undo your last action, restore a better version of the past, and a handy pop up confirmation to confirm any drastic action you might have committed to.

Of course, life would also crash randomly, lose everything you’d done so far, and update itself at inconvenient moments…

No worse than now, really!

The Most Delicious Strawberry I Have Ever Eaten

You’ve undoubtably heard of the story of the monk chased by a tiger, driven over a cliff, held between heaven and hell by a single strawberry plant. Nice story. Didn’t happen that way. Being said Monk I will not enlighten you, a little Buddhist humor there. What started as a Koan on the options we must all chose in life, a paradoxical statement or question used as a meditation discipline for novices got way out of hand. This is the skinny. I plunk the strawberry, hit the tiger in the eye, he went over the cliff, and I waved goodbye.

Option
———
“I built this house myself,” my host said proudly.

I was puzzled by this statement. The house was part of a recent development of about two hundred residences, obviously built by a single developer. All the houses were slightly different but all were much the same, and they were built so closely together that only a thin person might be able to sidle between them.

I was not invited back.

You should take the easy option: A shot to the head or the cyanide pill. Either way it will be all over soon, but the odds are firmly in my favour.

Or, if you’re feeling lucky, we can load the chamber, spin the barrel and take our chances with a last ditch game of Russian roulette – it halves the odds, but of course, I could still win.

Then again, you might fire the fatal shot, but that makes you a murderer – and we still have the death penalty around these parts for that particular crime…

Sure. Lifting off from the school grounds and flying Linoliamanda home from the school dance was not the only option open to Billbert. And probably not the smartest one. However, with the confusion of children complaining about wet hair, firemen and their trucks arriving with sirens blaring, and students all trying to phone their parents at once it was probably the easiest way to get out of there.
Besides, it had been a week since he’d last flown and Billbert really liked it when Linoliamanda held his hand.
Marrissa stood below them, her mouth wide open, watching them fly off.

Paper or Plastic?
Are these my only two options?
What about if I use my own canvas bags?
How about just putting all this stuff back i nthe cart?
I’ll dump it out into my trunk and then empty my trunk when I get home?
How about wooden barrels?
I can roll a wooden barrel, can’t I?
Can you load this all into a catapult and launch it at my house?
I have a volleyball net I’m not using.
That could catch everything.
It sure caught the volleyball every time I tried to play.
I wasn’t very good. Or tall.