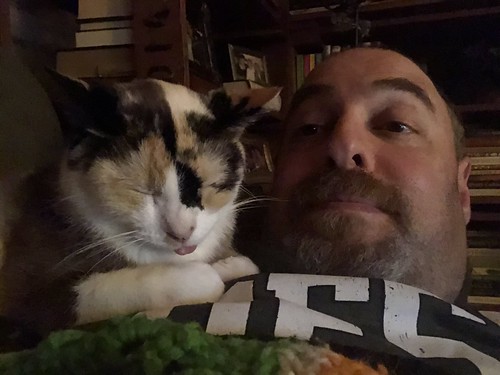 #1 -The King
At 150 years old, the king was living proof of the benefits of a privileged lifestyle, and despite his great age, he still had his wits about him.

Day after day, he dispensed wisdom to his subjects, made decisions on matters of state, and advised parliament on how best to administer the kingdom.

Of course, there was no way he was still human – over the years, technology had augmented his body and organs until he was little more than a cyborg.

Not that the people knew.

And every night, he’d plug himself back into the power, behind the throne.

This year’s Christmas offering from Apple is the i-Throne.

An internet enabled toilet, linked to your i-Tunes account, that measures environmental and biomedical factors through discrete sensors to offer users a tailored bathroom experience.

In reality, there’s little of benefit for the consumer and the data collected works massively to Apple’s advantage.

That’s why you’ll find your toilet tissue featuring bespoke ads for health products and your favourite foods every time you use the can.

The Christmas tent was located at the perfect snowy forest clearing.
Happy children lined up to see Santa.
The ice throne, however, started to melt quickly. Santa shifted in his seat.
The children looked at him, their eyes bulging.
“Who turned the cooling machine off,” yelled someone at the back.
All the kids looked in horror when Santa crashed to the floor.
All, but one. He looked at Santa and said “You’re a disgrace.”
Santa couldn’t believe the cheekiness. “And you’re a… a…”
“Thrones are for those who deserve them,” said the kid, walking away as if he were royalty.

My best friend in grade school through high school into my first run at California living was T. Throne. He could have been anyone done anything. His Dad was the guy who invented the pop top on the soda can. His mom was in the same sorority as Peal Buck. Second smartest person I have ever known. He chose to be a dancer. You got to be brave to take that road. Not only did he succeed, for years he had a dance studio a 1000 feet from Broadway. Runs a body dynamics company now. Gives lecture round the world.

“When the soothsayer tells a fortune, the fortune tells him,” retorted the prince. “What does this fortune tell you?”

“When the fortune-teller is questioned, the question tells the fortune,” replied the tutor.

“When words are obscure, obscure are the words,” responded the prince.

“No, no,” said the tutor testily. “Never let antimetabole degenerate into tautology.”

“When words are uttered in darkness, darkness utters the words?” ventured the prince.

“Quite satisfactory,” said the tutor. “Next, anastrophe we shall study. Wise it sounds.”

You don’t just get to sit on the Ebony Throne through simple blood line, you know?

No, you have to fight your way there, every step of the way – only the most blood thirsty, black hearted and unprincipled will receive that particular honour.

Of course, it came naturally to me, and the blood of those I defeated on my ascendance forms a natural red carpet leading to my throne.

The Ebony Throne, however, is only held for a single day, after which it is once more relinquished to make way for a new incumbent.

So, same again tomorrow then!

Mr. Withybottom ushered the two teens into the living room and pointed to the couch. He sat in an oversized recliner like a king on his throne. “Here’s your chance. Explain yourself, boy.”

Under the old man’s glare, Billbert found it difficult to speak. He coughed. “The truth is, sir. There was so much confusion at the school, with fire engines and cars crowding the parking lot, we thought it would be easier if we just came home on our own.”

Mr. Withybottom nodded his head. “That sounds reasonable. But, that means you walked 10 miles in a half hour.”