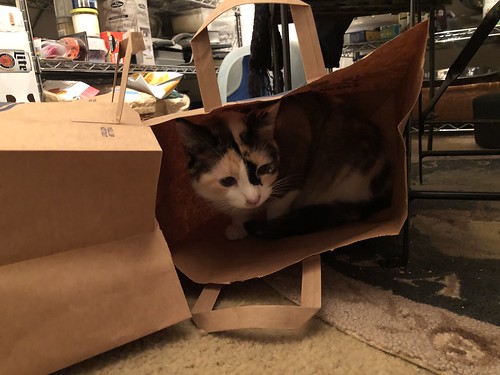 As a teenager, I was into extreme sports. Unfortunately, these occasionally led to extreme injuries!

After the fifth shoulder dislocation, reconstructive surgery was the only option to repair my now, fairly useless, arm.

This was the days before keyhole techniques, and I became the proud owner of an eight inch scar, which I’d happily show off to impress the girls, who never failed to be mesmerised by the story of my heroic escape from the Jaws of a Great White shark.

I’d still be using the story today… Except the girls no longer want to see me without my shirt!

Before you get settled in, I just want to make a few things clear, because a lot of people think this job is like what they see in the movies… It’s not!

We are a disciplined, professional and rational scientific outfit. Nobody is here for kicks, nobody acts recklessly, and we don’t drink whisky into the early hours singing raucous sea shanties and comparing scars.

Sharks are no joke – and that’s something you’ll find out soon enough.

Now, as for your assignments: Everyone on board has their designated role, and yours is very simple.

“I’m Tired of being a Shark, I want to be a Jet.” “Hector we’re Puerto Ricoians, Puerto Ricoians aren’t Jets.” “Dude my name is Ivan O’Flaherty, I’ve dance in the Bolshoi and River Dance.” “Hector drill down into your Stanislavski. You got to feel your Latin Prowling Predator.” “I don’t want to prowl, I want to soar.” “Yea, Yea you really want to click your finger and look cool?” “So?” “We get way more pirouettes, then those sissy boy jets.” “What wrong with sissyes, you’ve been a pony or two on 42nd?” “Not the point, Sharks rule, don’t be a Jet Fool.”

As the single headlighted car came closer, the familiar tune of “Baby Shark”, came from the back seat. Obviously, the car was not his mother’s.
Billbert turned back to Marissa who attacked like a shark. “Tell me the truth, Billbert. I caught you red handed. How do you fly? If you tell me, I’ll keep your secret. If you don’t, I’ll tell everyone I know. And I know a lot of people.”
“Okay.” Billbert said. “I wear a plastic bag for underwear and it makes me float.”
Marissa gritted her teeth. “Don’t mock me. I told you. I’m not stupid.”

Two red flags means that there is a shark in the water.
Makes sense at the beach.
But not in my bathroom.
Is the shark in my tub, toilet, or sink?
Who do I call to get rid of a shark?
The landlord said I’m not allowed to keep pets and hung up on me.
I called the city. “There’s a shark in my bathroom.”
They told me to talk to my landlord.
“He hung up on me,” I said.
The city hung up on me too.
Do you know what I should do?
Besides pee in the kitchen sink?