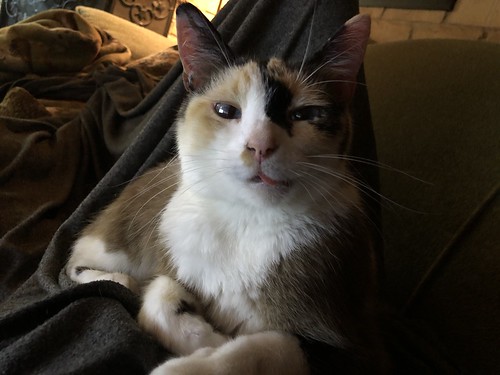 The dead don’t move very quickly. If they get lucky, they don’t have to. There was a time when the dead didn’t move at all. Those times are gone. Now the dead come back and not the Jesus way either. That would have been better for me. I take no pride in saying, it’s like those old horror movies, but a little different. If they bleed, they stay dead. Headshots are not necessary. But I still do. In the left eye only. I don’t know why, call it a quirk. Up close and personal. Too personal. It got me too.

They look off.
They don’t!
They do… is this a… tentacle?
The two friends tilted their heads.
You are crazy. I’ve been eating fish from these waters for months, said the merchant, adjusting the back of his shirt.
I don’t think we should buy these…
Come on. I’ll give you a special discount, how about that?
The two friends exchanged looks.
Well, OK then.
A month later, they were selling fish on the pier. The merchant had been promoted.
They too adjusted the back of their shirts.
It was a nuisance the shirts didn’t have room for the damn tentacle.

And that’s exactly what they did.

Yes, they were just goofing about, but after just a single day at sea, that dunking taught me a profound, and important lesson…

I wasn’t cut out to be a pirate.

It was a blow to my pride and my self esteem: I’d quite fancied the raping and pillaging and evenings drinking rum over a dead man’s chest, but the truth is, it was all a bit rowdy for me.

So I turned in my cutlass and settled for a desk job, instead.

Who wants to be a pirate anyway?

Every so often, evolution throws up a surprise – a quirk of nature that rarely survives long, and is unlikely to alter the gene pool in any significant way.

But every now and again, nature’s mistakes prosper.

I’m not a ‘quirk’… There’s nothing quirky or humorous about me. No, I take pride in what I really am.

An aberration, a flaw in the plan, a glitch in the system.

Which isn’t to say I don’t follow the rules. Darwin makes those very clear.

But, when it comes to survival of the fittest…

I definitely have the upper hand!

What we pulled from the water was: how you, say it … q-u-i-r-k-y. In my country we would say: odd. Not especial bad, but certainly not your run of the mill: hi mom look what Rudy and me found in the river. It wasn’t so much the number of eyes, lordy there were a lot, or the telescoping tentacles. The quirk was how damn cute it looked. Stuffed teddy bear cute. Rudy just hugged the fuzzy pink fishy thing. We could pry the damn thing away from him. Call be deeply paranoid, I don’t think this is going to end well.

“No really,” Billbert said. “It’s the plastic bag. That’s what makes me fly.”

Marissa shook her head, unconvinced. “I don’t want to hurt your pride, but that’s about the worst ploy I’ve ever heard. Well, the worst next to the story that Jeffery Epstien killed himself. Someone will eventually goof up and the whole plot will be exposed. It was probably the Clintons. They kill everybody.”

“We’ll follow to your house. I’m going to get my flight with you, tonight. Whether you like it or not.”

We pulled Herman’s car from the water an hour ago.
He’d crashed through the barrier and into the lake.
No sign of Herman, though.
We’ve sent his photo to the media and the wires.
We’ll ask around if anybody’s seen him.
And check the shoreline.
If nothing comes up, we will drag the lake.
It always feels weird, calling the divers “frogmen.”
They look nothing like frogs.
Whatever.
Then we’ll ask the psychics.
See if he’s still in our dimension.
Or if he’s fallen through some kind of rift or portal.
Shame about the car.
Herman sure loved that thing.