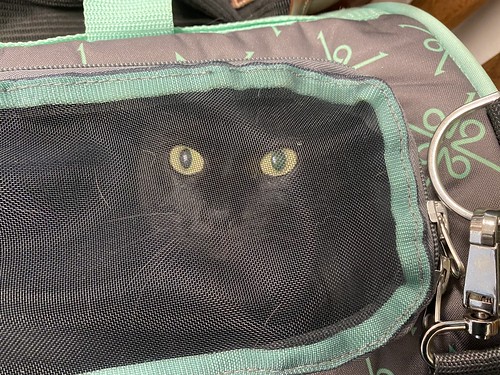 The End of the Rope

“Tie a knot and hang on… I’ll tie a knot around their necks. Be happy and blah blah blah…”
She was grumpy all the time. The neighbors would always scatter away in all directions, hiding from her.
And then came a bird. She scared it away, but the bird came back, again and again. And it brought a little twig, then another, and soon there was a nest. And baby birds!
She opened a bit of the window and gave the mommy some seeds she had bought.
No one could believe it when, one day, she simply said “Good morning!”.

She suggested ‘spicing things up a little’ to restore our flagging relationship. I, being naive, surprised her with a meal at a Thai restaurant: Apparently, not the sort of spice she had in mind.

I’ll never forget the night she introduced me to her new ‘toys’ – for all the wrong reasons.

I can still remember the sickly sweet smell of lubricant, and the slimy feeling as she applied it in places that I myself would only venture from necessity.

But, above all, the horrific pain as we realised she’d mistakenly applied chilli oil instead of lube…

In The End Its Really About the Toys —The contest is simple: He Who Has The Most Toys Wins. Now simple in no way represents easy. And one man’s toy might well be greater than the net worth of a 3rd world country. Some argue tools are toys, but I don’t ascribe to this point of view. A good toy lack any functional purpose, or useful interface which allows fundamental alteration of local reality. Further it must maintain some level of childish glee that would cause a six year old to smile, giggle and clap. I’m sure Eli Musk does all three when he lights up a rocket.

Snow fell gently. deadening the sounds of the forest like a tomb. I withdrew my sword without effort and stared across the white field to my nemesis. Enraged, I charged at my opponent. “Fill your hand, you son of a bitch,” I screamed! Our blades crossed and clanged as our footwork crushed the snow. Each of us furiously slashing to preserve one another’s life. I was quick. I was skilled. I was not the victor. The pain in my gut exploded as her reddened steel was pulled from my side with a boot kick. Who will protect my family now?

Completing another loop around the block, Billbert’s mother pulled the car into the driveway. “I don’t know anyone in our neighborhood named, Balloni or Rigatoni. You don’t mean Albragetti, do you?”

“That’s it. I knew it was some kind of pasta. They’re still behind us, Mom. What am I going to do?”

His mother shook her head. “As a mother, I’d love to protect you from pain and embarrassment. But, you got yourself into this predicament. You’ll have to get yourself out. Hop to it, now. Go confront this girl.”

Billbert dragged his feet as he walked toward the Fararri.

Toys; pain
———
I found Jackie torturing her toys again. She’d pulled the back legs off the dog robot, and it whined as it struggled to drag itself away. The boy robot had a screwdriver jammed through his neck and twitched painfully.

“Stop that at once!” I screamed.

“He’s fake too,” she said, twisting the cat robot’s body to make it snarl. “Daddy told me he bought it for you because you couldn’t have any more children.”

You’ll thank me for the cold soon.

Watching you frantically treading water, from my sanctuary in the lifeboat, I see your exertions slowing as cold and shock set in: But, don’t worry, I’m not going to let you drown – your wrists are lashed firmly enough to the dinghy to assure me of that.

And that freezing water really is a blessing in disguise. Trust me.

You see, the sharks will come soon, and when they do, they will tear you limb from limb, piece by piece.

Then you’ll thank me for the cold…

And how it numbs the pain.

Klaus the Toymaker likes to make toys for the children of the village.
And the children love the toys.
But he is only one man, and the village has grown so much in the past twenty years.
And then there’s the toys that the children break. The repairs, the wear-and-tear.
That takes time, too.
Now, there is a lottery.
The children who want toys draw tablets from a kettle.
And they swallow them.
Those who wake up the next day get toys.
And those who don’t, well, they should have taken better care of their toys.
Or read more books.