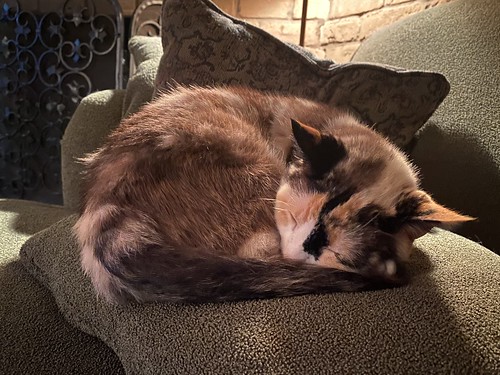 “I sense a gulf growing between us”, she said.

Lowering my newspaper, I looked at her quizzically, “I’m not sure what you mean…”

She sighed, placing the coffee pot on the table. “You’re not like you used to be; you’ve grown distant; you don’t want to talk to me anymore and when you look at me… It’s as if I mean nothing to you.”

I shrugged – “I don’t know what to say, but how about you rustle me up an omelette?”

It was time to change my breakfast diner – these waitresses were getting just a little too friendly.

The tour of the Gulf was such a nice idea. The fresh air, the birds flying close-by. The tour of the Gulf was also cheap. No one wanted fresh air and rain, birds flying close-by and pooping.
So, they embarked.
“Wonderful adventure”, “Unique opportunity”, “An experience you’ll never forget”.
Yes, it sure was unforgettable, especially when the boat tilted dramatically to one side and people screamed at the top of their lungs, scaring the poor birds away. Fresh air was something difficult to find too. Everyone was sick and bird poop was not exactly the worst thing happening that day.

I am the bridge.

I bridge the gulf between assurance and horror, between hope and desperation, between prosperity and poverty.

Take my hand and I will lead you across the abyss; let me show you a new life: A new world order, a world where nothing will ever be the same again.

Walk my pathway and let me educate you in my ways, allow me to release the inhumanity in your soul – permit me to break you and bend you to my will.

Submit to me and cower at my name.

My name is fear, my name is…

This is a gulf ball. Don’t you mean a golf ball? Nope a gulf ball. Looks like a golf ball, round, white, dimples. Look carefully, Closer, Clarisse. It says Tampa CC. Yup. So. Look at this one. It says Miami CC. Now you see. NO. This is an Atlantic Ball and this is a Gulf Ball. What? It’s the water. W-a-t-e-r? Did you flunk geography in High School? You’ve never been to Florida? Didn’t think so. Let me break this down, ocean big body of water, gulf small body of water. Oh I get it. That’s a gulf golf ball.

Gulf
———
In my plane, I enjoyed imagining that the cloud layer below is actually land, vast continents with unfathomable gulfs between them. What civilisations flourish on those thousand-mile cliffs, and fight and decay and flourish again?

That was a long time ago. I can hardly believe now that I came from a tiny rocky ball orbiting a fusion reactor.

Marissa’s eyes went wide. “What do you mean by a memory wipe? Does it hurt?”

Billbert’s dad shrugged. “Yeah. It hurts a lot while it’s happening, but then, you don’t remember afterward. Thus, the term, memory wipe. It was a technique we developed during the gulf war and Desert Storm for people who learned what our government was really doing.”

Mr. Albraggetti sniffed. “He’s lying Marissa. They can’t do something like that.”

Billbert’s dad nodded. “Yup. It is a pretty far fetched idea. Kind of like being able to fly.”

Marissa gulped. “I think we should just go home, dad.”