Thank you to everyone who’s been a part of this podcast. 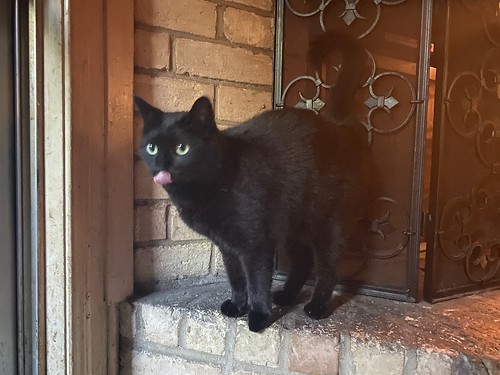 A few photographs hung from the string of lights. She couldn’t remember them. Who was this guy? Where was this photo taken? Her gaze floated from photo to photo, her perplexity increasing.
But then she stopped. The beach. The pebbles. She remembered that.
She looked at the stranger standing beside her.
“It’s…”
The stranger nodded.
“You’re my son,” she said, smiling.
The stranger teared up. “Yes, Mom, I’m your son. We used to go to this beach when I was a kid.”
“And you used to pile up the pebbles and say Look, Mom. You were so proud of yourself!”

After I read the DaVinci Code, (admit it, you read it too, even though you make out it’s crap), I thought I’d research the Illuminati a little bit more.

So I looked them up on Wikipedia. (Yes, that’s what counts as ‘research’ these days!), and apparently, they were formed as a secret society to oppose superstition and obscurantism, (new word for me there!)

Doesn’t that strike you as a bit ironic and hypocritical?

I don’t want to leave you in the dark concerning your fate. That would be most unfair and put you at a huge disadvantage.

I run an ethical operation here, and I’m all in favour of informed consent, although of course, we’ll have to consider your consent to be ‘implied’, since the bindings, blindfold and gag make any sort of communication difficult.

So, let me whisper in your ear, exactly how I intend to torment you… Cast a light on what to expect, and illuminate the path we’ll be following.

And finally, when it’s all over…

Walk towards the light!

Let There Be Light

Jimmy boy genius was putting the finish touches on his grade school science project. The gym was full of the standard kid projects. More than the average number of mock volcanoes. Jack the janitor was watching closely as Jimmy pull out a vampire tap and slammed it in the main power line. The lights dimmed inside, the lights dimmed outside. Then across the state. Jimmy flick the on switch. Light of a 1000s sun vaporizes every living soul in the gym. Next day the fed hauled away Jimmy’s illuminator. Its currently on the US Space Station pointed at Moscow.

“It sucks to be in seventh grade,” Billbert said, sitting on his bed. The only light illuminating his room came from the streetlight outside the second story window.
He thought he’d made a friend at this new school, maybe even a girlfriend. She’d just hung up on him in the middle of a conversation.
He nearly jumped out of his skin when there was a frantic pounding at his window. Billbert ran to the window and opened it to find Linoliamnda perched on the eaves.
“How’d you get up here?” he asked.
She frowned. “Well, I didn’t fly. That’s obvious.”

It’s a bright and sunny day.
Isn’t it beautiful?
They say that sunlight is the best disinfectant, but that’s really just a metaphor.
It represents the press exposing the dirty secrets of corruption and graft that infects the powerful and elite of our world.
The truest disinfectants for other applications are heat and bleach.
So, if you find a powerful elite individual engaging in graft and corruption, be sure to pour bleach into their mouths and then set them on fire.
They may not scream “Thank you for disinfecting my corruption!” but I promise you, they’re thinking it.
So beautiful.