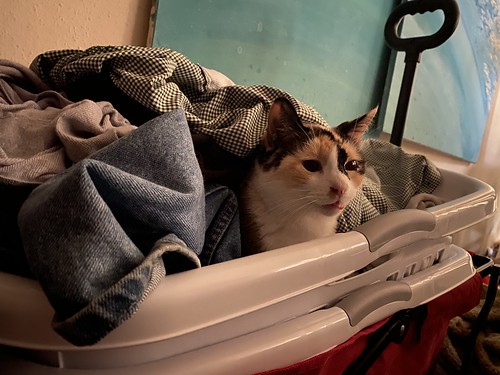 The entrance to the ship was locked because the entrance ramp got stuck.
“We’re in the 25th century, the most modern, developed world anyone has ever experienced, and the ramp is stuck,” he mumbled.
He tried everything to fix it.
He was so focused, the speakers startled him when they roared “Time Travel Tomorrow.”
“Right, but the ramp is stuck… Stuck.”
“We’re looking for volunteers.”
“Stuck. But… OK, pick me!”
The command center received his telepathic message.
The next day, he was in the 21st century. He landed right in the middle of the famous 2020 pandemic. Everything was… stuck.

“Not tonight, I’ve got headache”, she said.

Another headache! Just like the last time, and the time before that, for as long as I cared to remember.

We’d had the ‘it’s not you, it’s me’ talk, of course, several times; and to be fair, you’re absolutely right – it’s you! You and that guy you’ve been seeing behind my back, if we want to be strictly accurate.

Well, tonight was the last straw, I’ve finally had enough.

I reached under the pillow and fished out my revolver.

I’ll show you a real headache’, I thought, holding the muzzle to her temple.

You can’t say you weren’t warned!

They told you I was bad news, even I warned you that I came with emotional baggage – a mass of problems, hang ups and some things that you’d rather not know.

But, you wouldn’t listen; and here we are now at a point of no return. Well, you at least, won’t be returning.

It’s no good staring at me with those puppy dog eyes, and pleading for your miserable life. It won’t make any difference.

You could have chosen any other girl, a good, normal, sane girl… But no, you had to pick me!

Mr. Wienerheimer pointed to the computer screen. “They’re incoming, right here. They should be here in less than an hour.”
Billbert’s mother shook her head. “I’d better go into the office. They’ll need my help. What a headache.”
Billbert’s dad laughed. “I’d trade places with you, Pooky. But you’re the one with the superpowers.”
Billbert squirmed on the couch. “But Mom. Why do they need you to come in? Your superpower is efficiency.”
His mother pulled on a jacket. “It’s an area affect power. Just like Linoliamanda flies with you, people around me become more efficient. Their powers become stronger.”

Pick Me. Pick Me. No No Me. Please ME ME ME. Hard choice. The circling vice behind my ears was a candidate. Sinus pain driving up my nose a nine penny nail was getting fair reflection. The optic nightmare was pretty much an 11 out of 10. The migraine auras while very four of July colorful was causing projectile tears. Hands down the steel bear-trap ripping through my back and shoulders was the premier deluxe of headaches. Today sadly was trifecta of pain. A win show place of torture. If I had a pencil I’d drive it through my skull.

Sandy went to Sunday Mass over a YouTube live stream.
She used to watch it through TV, but YouTube made it feel more real.
Crackers and a bottle of wine on the desk.
She got out of her chair and knelt while the priest on the screen waved his hand and recited a blessing.
Then ,she put the cracker on her tongue, and washed it down with a sip of wine.
And then another. And another.
Sandy finished the bottle of wine and passed out on the floor.
Youtube played the next video: a series of cats doing silly things.