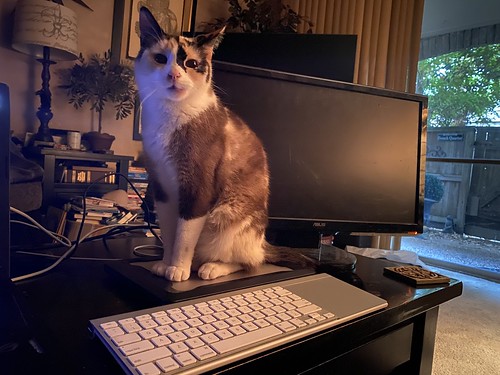 At the top of the mountain, all we could hear was the fire, burning the logs. And we waited. For a sign. One day and another. Time went by. No sign. Our children waited and their children. And when there was no hope left, I stood up.
“I’ve been here since the beginning. I’m tired. I’m leaving.”
Everyone protested.
I raised my hand. Silence.
“We have burned everything around here. Look! It’s ridiculous. Enough is enough. We don’t even have a twig to burn, a twig.”
Someone at the back whispered “What was the sign all about again? I forgot.”

I used to be hopeless at interviews.

I never knew how to project confidence or show myself in a good light, and I always struggled to answer questions in a meaningful way.

That was until I discovered the SOAR technique: Situation, Obstacle, Action, Result!

It’s been a huge boost to my confidence, allowing me to take the initiative at interview, demonstrate my talents to the utmost, and to deliver responses of the highest calibre.

Unfortunately, it hasn’t resulted in me getting any job offers.

So, if you can point me towards any techniques to nail that part, let me know!

Being able to soar like eagles, so far above the earth: Everything spread out beneath us, far below.

They say that after you’ve done your first skydive, you’ll come back time and time again.

It’s certainly held true for me, I’ve lost count of how many jumps I’ve made, and it’s a safe bet that I’ll be coming back for more.

However, I’m afraid you won’t be coming back for another jump.

You forgot the golden rule: ‘Always pack your own parachute’.

Never trust someone like me to do it for you!

See you on the ground!

He never saw it coming …
“The Circus Life”
Shocking even to him.
Sore feet, bad knees, and the never-ending stench of gunpowder embedded deeply in his sinuses.
Good money with very little work, a trailer to himself, store-bought liquor, and surprisingly … women seem drawn to a human cannonball.
But, that’s not why he does it.
There is a brief moment where the cannon no longer propels … and gravity has yet to claim you …

Floating, weightless, omnipotent … EXULTANT!
A perfect landing, a bow and a flourish …

He exited the big top like a god who walked amongst the sheep!

Billbert told his father, “If the superheros are at the office, working together, maybe I should go there, too. Lend a hand.”
His dad shook his head. “You’re young, Billbert. I wouldn’t want to put you in danger.”
“I woulnd’t be in danger, Dad. I could soar high above them all and give reports of the enemy’s movements. They wouldn’t even see me.”
Mr. Wienerheimer raised his eyebrows. “That might not be a bad idea.”
Linoliamanda tugged at Billbert. “Come on. Let’s go.”
“Where do you think you’re going?” Billbert asked her.
“You concentrate on flying. I’ll do the reporting.”

Hummingbirds flap their wings at eye-blurring speed to stay in the air.
While vultures and eagles and other birds spread their wings and soar, circling thermal currents to rise higher and higher.
And then there’s the penguins, who use their wings to glide under the water.
What of the ostrich? The emu? The kiwi?
Well, the first two run with their powerful long legs.
But the kiwi, squat little thing, just roots around and pecks at bugs and other tiny treats.
Then there’s Bill.
So foolish, with the cardboard flats duct-taped to his arms.
Always getting trapped in revolving doors.