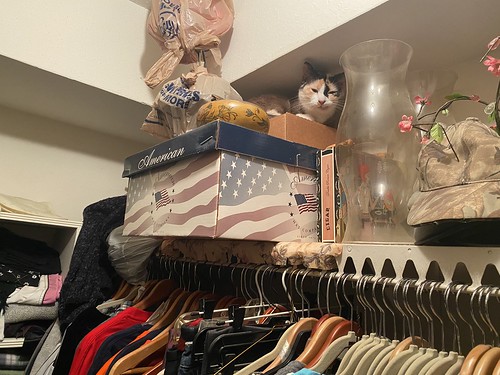 The greenish sky wasn’t a good omen. My grandfather said when the sky’s like that, don’t chew the air. I laughed. Chew the air. OK! I won’t! As time progressed, the sky got worse. It looked poisonous. Some people wore gas masks. It looked quite dramatic. I wondered if I should too. And then the teeth. People’s teeth became green. And in a matter of days, they were dropping like flies. Earth was condemned. I moved to P205. There’s plenty of work here. But they pay close to nothing. Too many people… I wonder if I should’ve chewed that air…

They tell us that insects are the solution to world hunger and sustainable food supplies.

Well, I’m all for it in many ways, although probably not for the usual reasons. After being stationed in this jungle hell-hole for the last three years, I’ve been bitten but pretty much every bug and creepy crawly known to science, and quite a few that science has yet to encounter too.

And I reckon it’s time to redress the balance; to bite back, in a manner of speaking.

So tonight, I’m having grasshopper steak, with peppercorn sauce.

They locked me up for the good of society: A hopeless case for whom the only reasonable solution is incarceration and a potent regime of drugs to keep me in check and under control.

They call me a monster, but nothing could be further from the truth.

Just look at me! I’m not evil; I’m not the cold, calculating and callous demon that everybody makes me out to be…

I’m just a normal, reasonable, everyday type of person, no different from any of you.

But up here… Here, hidden away in the darkest recesses of my mind:

The round metal disc was huge … the size of a football stadium. It descended from orbit slowly. The whole world watched.

From over the Atlantic, past the cities of the East coast … drifting … slowly, finally settling over a humongous field in eastern Colorado … remote … desolate.

A door in the spacecraft opened … A creature emerged, not humanoid, insectlike, winged, archaic and intelligent at the same time. A five foot grasshopper!

A shrill whirr emanated from the creature. Grasshoppers in the field took wing like dancers in the moonlight.

30 minutes passed.
The shrill whirr stopped.
The spacecraft disappeared in a blink.

In the backyard, Billbert took Linoliamanda’s hand and rose into the air, straight up, faster than Billbert had ever flown before.

Over the sound of rushing wind, Linoliamanda shouted. “The images on your dad’s computer. How does he know they are coming from the super villains and aren’t something random, like signals from outer space?”

“I don’t know,” Billbert admitted, “but, here comes the proof now. Look down there.” He pointed at three people wearing capes and flying toward a non-descript office building.

One emitted a deadly shock wave, blasting out the building’s windows. Suddenly, the building flew to pieces.

Here be deadly monsters
———
In some places the maps say, “Here be monsters.” In others, “Here be deadly monsters.” Brave knights make quests to slay them. Every time, the Unknown Regions shrink a little, as one by one the monsters are removed from the world. And few are the monsters and rare the occasions that they breed to generate new forms. Soon, the Unknown Regions will be gone, and there will be no more monsters in the world.

Some say good riddance, but what fun will there be in a world without giant parasitic wasps, dragons burning up whole cities, and the Great Plagues?

The production of meat is not terribly efficient.
There are also ethical concerns.
So, raising and slaughtering live animals for meat is not the best way to get protein in your diet.
This is why I’ve planned on grasshoppers and crickets for the space station.
They’re dumb, they’re easy to raise, and provide a lot of protein for the cost.
Much more than cows.
Plus, you can’t take a cow into space.
We originally thought about eating any crew that dies on the station.
But… nah.
Still, there are the rumors about what happens to crew with poor performance reviews.