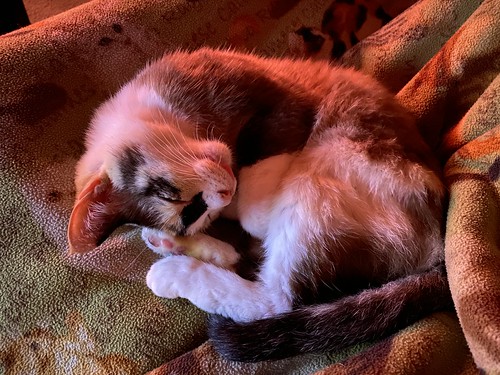 Deploy your hopes and your dreams. Organize them in squadrons. Make sure they are well armed and motivated. Follow the rules. The rules? The rules to neatly line up your dreams and your hopes, the rules. Dreams and hopes line up neatly? Neatly and obediently. Those are not hopes and dreams. Those are not… Shut up. Deploy your hopes and dreams like an army. Organize them in squadrons of nothingness and the future will be yours. And then there was silence. That stifling silence that hits you when you know, you suddenly know. You close your eyes and you know.

I was surprised they chose us for Operation Deploy. The army considered us non-combatants pretty much a waste of space.

However, there it was, in black and white – although, somewhat coffee stained, thanks to my clumsiness! Operation Deploy.

We’d be dropped deep into enemy territory, where we’d undertake a mission vital to the success of the war. Details would be revealed to us after deployment.

For a covert operation, the enemy seemed to know exactly where to find us.

On the orders in my pocket, through the coffee stain, now dry, the words ‘Operation Decoy’ could clearly be read.

Welcome to the Centre for Internal Medical Research.

Thank you for volunteering for this exciting opportunity to become an Internal Research Assistant, which as you are aware, enable us to investigate a living human body from within.

You will, of course, have many questions about precisely how we will deploy you into the host body – that process is, I’m afraid, commercially sensitive. You will, however, be injected into a large vein, using a process that does not require you to be miniaturised, despite any science fiction you may have read!

Now, if you’ll please step into the blender, we’ll begin.

Home From The Hill

It was the four shift in the bunker. Junior Grade Smith was monitoring all the usual channel and equipment. The sound came from an ancient rack of prewar systems. A rhythmic clicking repeating again and again. Smith opened a battered three ring binder. He cross refed: Clicking and found the table of Morris Code graphics. Slowly writing down the difference between dot and dashes he had the message: DEPLOY. So he did. 10,000 drones in 10 warehouse took flight. Duty done he popped a burrito in the nano-wave. And took a swig of a Jägermeister. “I am the master hunter”

The android’s eyes fluttered open registering the little girl standing before him.

“Tod, I’m Tod” corrected the android, “Pleased to meet you.”

Scarlett smiled and thrust her hand within inches of the android’s face.

“Want a piece of candy?” she asked.

“Thanks, Scarlett.” The android smiled, gently took the candy, and popped it in its mouth.

Before Linoliamanda could reach for the doorknob, the door swung open.
Her mother gasped, putting her hand to her mouth. “What be happenin to ye, Linnie?”
“Where do I begin?” Linoliamanda said. “Billbert and I be flying to a battle between superheroes and villains, when we be knocked from the air.”
Mr. Withybottom appeared behind his wench, rolling his scurvy eyes. “Be the National Guard deployed to control the situation or be Superman called in?”
Billbert scowled. “Be ye drunk on bilge water? Can’t ye see yer own daughter be hurt. We be needing to get her to the hospital.”

Deploy
———
In George’s student days, he would write his essays by Googling a random string of buzzwords, then mash together everything he found, rewriting it just enough to avoid plagiarism detectors. He completed a Ph.D. in sociology that way, even got an assistant professorship. But he never made tenure, so he left academia and redeployed his skills to writing management books. After churning out a few dozen of those and getting a steady stream of $20,000 speaking engagements, he got bored with nonsense and longed for something real.

And that’s why he became a pirate (but not a very good one).

Blonde hair, blue eyes, and a figure. Young, beautiful, personable, and popular … Lynn had the world at her fingertips. Honor roll student, a nice car, a good after school job …

… and minions … boys who followed her, adored her, wanted her, would do anything for a chance to be with her.

Paul almost certainly gave this little thought when he confronted her …

“Arrogant, self-absorbed, inconsiderate … A germ that infests our student body” he said.

Lynn told her minions, they were not happy.

Paul was beaten within an inch of his life.

There had been some police brutality incidents, so people rioted and protested, and city councils and mayors threatened to reduce and cut police funding.
Cops began to retire or transfer to rural departments in greater numbers than usual.
A few national guard units went into the cities, and some federal troops went in to assist.
“How dare you!” shouted governors and city councils and mayors.
Riots and protests continued, and general crime went on the rise, too.
Then, a few city councilors and mayors themselves were mugged and assaulted.
They demanded action by the police.
“Fuck you,” said the cops.