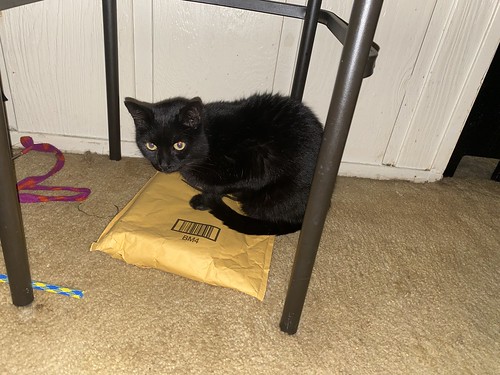 Just doodle a few things on that piece of paper and you can charge a million for it. Just throw in something strange, something mysterious, something… unusual. They will buy it. We can pretend we’re millionaires. And we can sail around the world. It’s not that easy? Come on, don’t be like that. Here, a paper and some crayons. Just draw something, anything. I want the money. We can go on a shopping spree, buy jewelry until we drop. Oh, come on, don’t be like that. Don’t walk away. Don’t you dare. I want the money. You can do it…

There’s nothing noble or altruistic about my time machine project. I’ve only one objective in mind, and that’s to make a huge amount of money.

You see, with all the accumulated knowledge of history at my disposal today, I can go back in time and make a few astute investments

Buy a few Van Gogh’s for pennies and keep them safe… Place accumulator bets on every major sporting event in history, and win big-time… Buy stocks and shares in Microsoft, Apple and Walmart, before anyone knew who they were.

Unfortunately, first I need the money to build the thing!

They tell me that the love of money is the root of all evil. I find that hard to believe, because I’m as evil as they come, and money is of no consequence to me.

I aspire to higher goals: For me it’s all about the purity of the act, and money, by its very nature tends to soil purity in all its forms.

Just give me a sharp knife, a quiet location, plenty of time and a sobbing, pleading victim, and I have everything I love, all in that special moment.

Rich, or poor, you all bleed the same.

Did you know the drumer from Iron Butterfly came from Pekin?

U.S. Senate: Senator Everett McKinley Dirksen once said: “A billion here, a billion there, and pretty soon you’re talking real money.” Because he came from Illinois even as kid he was on my radar. He grew up in Pekin just down the road from where I grew up. He died at 73. As a Kid he seemed so old. Now I’m just six year under that. Am I’m equally so old to. If I make it to 73 good chance my net worth with a million. A million here a million there and pretty soon you’re talking real money

Billbert helped Mr. Withybottom explain to the triage nurse how Linoliamnda got hurt. She looked at the group of them like they had all come from a Comicon, and told them to have a seat. Linoliamnda held an ice bag against her head.
Mr. Withybottom turned on Billbert. “You know, we’re going to sue your family for expenses and emotional damage.”
Billbert swallowed. “Um. Okay. Well, my family doesn’t have a lot of money, but, I can start mowing lawns and washing cars to earn what I can.”
Linoliamanda rolled her eyes. “Don’t worry Billbert. Daddy is such a kidder.”

Dollar Bill K.
A dollar a ball, a dollar a hole, a dollar a pin.
After he hung up his cues, clubs, and shoes, he drycleaned a dollar a shirt.
Or you could bring uniforms in by the cart and he’d charge by the pound.
(Including the cart. A guy’s gotta make a buck.)
Times were good.
Until everyone started dropping like flies from the carbon tetrachloride they used.
It got him, too.
As many times we went there, played with the boxes of lost buttons, maybe breathing that crap fucked me up a little.
I never kept any buttons.