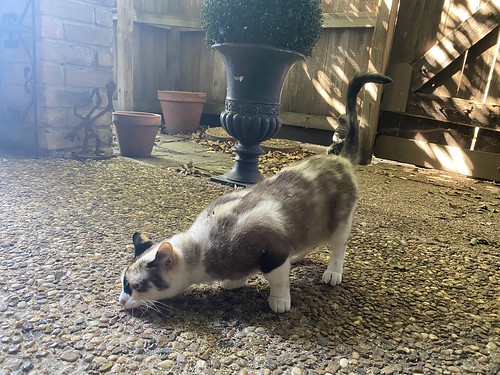 The faint sound of a piano reminded her that she had to change…
From her tower of self-righteousness, she knew everything better than anyone. But she felt hopeless. She couldn’t reach out. Pack up your past and put it away now, she thought. This is not what you want. You want to be happy. But she couldn’t. She just couldn’t. It was far too late. She had to put up that front. She knew better, she was smarter, she just was.
The faint sound of a piano made her cry. She was so lonely and it was everyone else’s fault.

Morty, the cartoon mongoose, was not my greatest creation. Kids just couldn’t relate to him, and many of them struggled to identify just what species of animal he actually was.

Some thought he was a meerkat, others a ferret, whilst a bunch of them turned to the internet for a school project and would serve up mongoose facts totally discrediting his animated antics.

Morty’s career was cut short by the network, so I finished him off in his final episode by dropping a grand piano on him from a tower block!

I think it’s fantastic the way they can get away with extreme violence, and portray the most evil antics, yet call it children’s entertainment, and although I’m not exactly a child any more, I spend a lot of my leisure time glued to the television, enjoying the crazy cartoon scenes unfolding in front of me.

They’re a great source of inspiration, and I’ve filled a number of notebooks with details of the stunts I’ve observed.

Eventually, I plan to try them all on those unfortunate enough to fall into my clutches.

Do have any idea the worth of an old upright piano? Not talking a baby grand or grand grand. Further not talking a lovely care for family heirloom. Just an old out of toon piece of word and brass. Yup you can pick them up for a song (forgive the metaphor). I got about 20. So what am I going to do with them? I’m building a piano tower. Hope to get into Guinness world record. There’s a guy in Albania who got an 18. To keep stability I’m bolting on old typewriters. Underwoods are a dime a dozens.

“Wiener Dog Man,” one of the men in sunglasses scoffed. “That makes me think of a cartoon hero with a cape trying to serve the community by fighting evil.”
Dergle nodded. “Okay. That’s not far off.”
“Excuse me, Mr. Vander Hoont,” Billbert said. “What exactly are the powers of the wiener dog?”
Dergle stood up straight. “Dedication, tenacity, and confidence, among others.”
The agent sniffed. “Those sound like characteristics, not super powers.”
Dergle shrugged. “Call them what you want. I’m confident that I will not let you take this boy with you. I will defend him tenaciously and with dedication.”

Evil, tower
———
The evil wizard Shoonlak built an Obsidian Tower in which were embedded the still-living bones of his enemies.

The good wizard Angloin built a Crystal Tower, whose shining summit was a beacon of hope.

The mad wizard Leri built a Tower of his madness, that none but he can see, but those who pass near are seized by visions that carry them away in their talons.

The iron wizard Elon built a Steel Tower, which some say is a great rocket engine, and which, when it takes off, will incinerate the other Towers. For what is mere magic, against Science?

All his life Larry said his home must have three things … A tower, fireman’s pole, and a gargoyle. To his neighbor’s dismay the zoning commission reluctantly approved his request, and the gothic monstrosity was completed.

Chains and shackles embedded in the walls, creepy old surgical tools framed and hung as art, branding irons lay on each side of the fireplace.

The bar was a fully functional rack.

Larry was well pleased, but knew, his dream was yet unfulfilled … until he had a victim chained to the wall … screaming for mercy.

The old man in the tower likes to play his piano at night.
The music carries all throughout the village.
“I do it as a service,” says the old man.
The villagers disagree.
“He’s not very good a piano player,” they say. “And it’s hard to sleep through it.”
They gather pitchforks and torches and storm the tower.
And they burn the piano.
The old man grumbles, hires some workers, and the next night, he’s on the ramparts playing the bagpipes.
And there’s a new moat around the tower. With crocodiles in it.
He smiles, and plays the bagpipes louder.