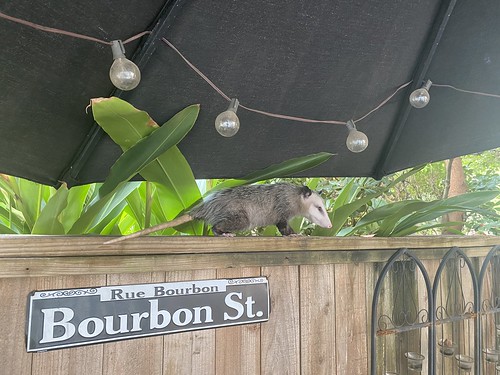 The herb expert always had a suggestion and a word of advice.
“And to lose weight?”
Herbs. He took them all.
And then the cramps, the headache, the nausea, the vomiting.
He went to hospital.
“What did you take?”
“This and that,” he replied uneasy, “this and that.”
When he got home, he took some more. He wanted to be elegant and fit into those tight jeans he bought by mistake.
More cramps, more headaches. The nausea, oh, the nausea.
Herbs for this, herbs for that. Enough.
“Fuck the jeans,” he cried out loud. “Fuck the expert. I like plump!”

“Does my butt look big in this?” She asked, straining to peer over her shoulder at the mirror.

I tried being tactful.

“Well, perhaps a little, erm… Plump, maybe? Nobody is going to comment about it though.”

I may as well have told her she resembled a zeppelin, judging by the response I got.

“I just want to look good for my first day on the job”, she complained.

I reassured her: “You look absolutely perfect, and I can guarantee that, no matter how slim someone might be… Nobody ever looks their best when they’re wearing a bomb disposal suit!”

It’s a myth that witches who live in the woods steal children to fatten up and eat.

I never enjoyed my children plump – far too fatty and greasy for my liking. I much prefer them to be thin and lean.

They also produce the best kiddy bacon: Hang them up to mature for a few weeks, then slice them thinly and fry until crispy. You can’t beat it, sandwiched between two thick slices of fresh bread, with plenty of butter!

The trouble is, with all this good eating, it’s us witches who end up too plump for our own good!

The old man sat on the porch, full concentration on small piece of pine. Through the corner of his eye he saw Billy making his way down the dirt road, dust flying up from his feet dragging stroll. “Hey Billy.” Said Ven. “Hey Ven,” said Billy. “Where ya go-n?” “Water Hole.” Billy had a black bamboo rod over the shoulder, a near picture prefect posture of the first card of the Major Arcana. That would be card number zero to those not Arcanaicly inclined. “Go-n fish-n.” Ven slowly shook his head. “Son I think you’re plump out of luck on that one.”

Dergle’s weiner dog began to growl from his hiding place in his plump owner’s overcoat.
Billbert cleared his throat. “Thank you, Mr. Vander Hoont, for speaking on my behalf, but, I know my rights. I don’t have to go anywhere with these jokers. Not without my parent’s approval. I came here with the Withybottoms and I’m going to wait here until Linoliamanda comes back out.”
One of the agents took Billbert by the arm. “Like it or not, you’re coming with us.” He marched Billbert toward the door.
A car pulled up to the ER and Billbert’s mother got out.

Plump
———
In my young days, I was a stand-up comedian. I’d rant on the stage in seedy underground bars, and if I spotted some plump, middle-aged, middle-class git in the audience I’d let rip at them until they left in tears. There’s nothing like it. You can keep your cocaine and heroin, hate is the best drug there is.

Then I got spotted for TV, got my own show, raked in the money, and here I am, a plump middle-aged git myself.

You think that changes anything? I just hate on the young skinny gits who think they’re proper stand-up comedians.

Let me tell you something … A lot of guys go all crazy for them skinny little girls got no meat on them, no curves, straight lines, all the way from their chins to their ankles! Padded shoulders, padded bras, high heels … All give the illusion of curves where there ain’t none.

When things get close … Hip bone to hip bone kinda hurts … I like a little cushion for the pushin.

If you don’t believe me now … You will someday.

Ballpark Franks are probably the worst branded hot dogs at the store.
They taste absolutely bland. Barely any meat or protein in them.
You could almost call them Vegan.
And their marketing slogan is revolting: They plump when you cook them.
Just to let you know that the cereal fillers expand when cooked.
They also plump when you leave them out on the counter.
Not only do the cereal fillers expand in the moist air, but the miniscule meat content will putrefy and bloat.
Until they eventually explode from the casings.
I wouldn’t even feed these things to an animal.