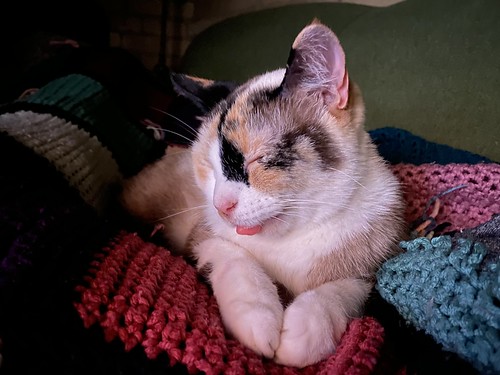 The teenagers sat side by side. “What is it like to live with a dead person?” he asked. She looked down. Then she looked up again and stared at the horizon. He knew what she meant. He was living with a dead person too but had never admitted it to anyone else. He sat closer to her and wrapped an arm around her shoulder. “I’m not crazy,” she said. “I know…” he whispered. “She’s just dead inside and she doesn’t know it.” He nodded. That’s when he knew he would be the one to take her away from it all.

Uncle Sidney was, for all intents and purposes, a total fruitcake.

We’d frequently get calls from the police after he’d been arrested for parading around the park, naked, save for a pair of flippers and a turban.

He’d been banned from all the local stores for trying to sleep in the frozen food cabinets.

And he insisted on planting umbrellas and pogo sticks in the garden.

To say he was difficult to tolerate is an understatement, but we did nevertheless.

They call me a fruitcake, a few peas short of a pod -a bit loopy, but harmless enough.

It’s just a bit of dressing up and harmless fun, after all, and if it keeps me happy, why should it matter?

Of course, come the Festive Season, everybody is more than happy to play along, even encourage me. They love the red outfit, white beard and jolly disposition.

What they don’t know, is that every Christmas Eve, I sneak out from the secure accommodation, climb down the nearest chimney and massacre an unsuspecting family in their beds!

Compliments of the season!

The New York Times reports that the Secret Service does not have a plan for a president who will not exit the White House when their term has expired. Nice play Secret Service guys, Oh Br’er Rabbit please don’t throw me into the briar patch” Right, want to hide what you be doing, dos that is plain sight. I heard a squaw on an Intel site over the Christmas. The term Fruitcake keep popping up. After a mess of cross filters chewed it up, it seems to be some operational code word. Yup Individual One is Fruitcake. Seem holiday fitting.

Linoliamanda placed a hand on her father’s arm, helping to difuse her potentially explosive father. “Let’s go home, Daddy. As threatening as these gentlemen may appear, they haven’t produced a warrant for Billbert, us, or anyone else.”
Mr. Withybottom scowled around the room. “I guess it’s best we aren’t associated with any of these fruit cakes, anyway. If these agents have any issues with them, they can leave us out of it.” He took his daughter by the hand. “Let’s go, Linny.”
Taking advantage of the distraction, Billbert whispered to his mother, “Come on, Mom. Let’s get out of here.”

Most people joke about fruitcake being inedible, but when the pandemic shut down food processing plants, distribution systems, and grocery stores, yeah, that fruitcake your grandmother sent you looks awfully good.
You’ll go through every can of cream of mushroom soup, every can of lima beans, every box of pasta you have on the shelf first.
Might even stare at those cans of Alpo dog food.
Anything but that fruitcake.
Until, it happens.
You open the tin, peel back the plastic, and reach for the knife.
Which gets stuck in the sugary brick.
With enough ketchup, that Alpo tasted good.