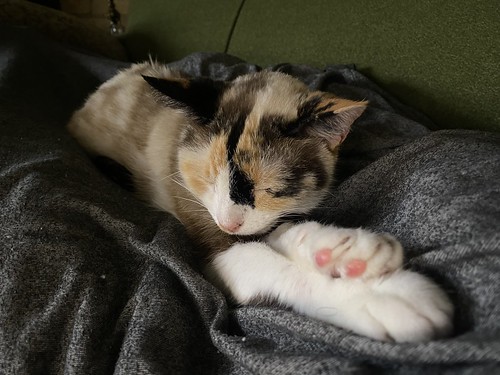 “This is the hand that feeds you!”
The boys’ silence screamed horrors of pain and misery.
There was only one way out of this. They knew it.
That evening, while the police scoped the house, all three boys, aged 5, 8 and 14, sat outside. None of them spoke, not even the 5 year old. They knew nothing. The father had walked into the woods and had never returned.
An aunt came over. The police left.
The dresser had to go. The hidden compartment, they had found long ago, came in handy after all.
The body would never be found.

Out with the old…

I grabbed my keys off the dresser, skipped breakfast, and jumped in the car.

It was a new year, a new job and a new opportunity, and I wasn’t going to make a bad impression by being late on my first day, I could always make a quick pit stop and grab a coffee and a sandwich at my desk, once I’d settled in.

I certainly made an impression, but not the one I’d hoped for.

That was last January, and ever since, my boss has insisted everyone follows my ‘good example’ by turning up super early every single day.

They say, don’t bite the hand that feeds you, which if you’re my position doesn’t leave much scope nutritionally.

After all, if I’m not permitted a nibble of a hand, it stands to reason that gorging myself on an arm, leg, or juicy liver is certainly going to be frowned upon. That’s a slippery slope that I’ve no wish to descend.

Because who ever heard of a vegan cannibal?

Just the thought of subsisting on vegetables, and plant matter products -whatever those are- makes me feel sick!

Now please, hold still, and don’t scream when I light up the barbecue!

“Never smear peanut butter on the hand that feeds you,” quipped Lennie. The scope and limit of his wit fell short in every regard. It was like the two lobs in his head were fighting for some unseen bag of French fries. Damn near everything he ever said was a mash-up of disconnected thoughts hell bent on disconnected outcomes. Once it was out of this mouth he could not care less if anyone took notices or questioned the motivation. Of course his Pop had left him a cold half a billion. So people were subject to nodding thoughtfully. I certainly was.

The remaining assortment of superheroes crowded around the federal agents harrassing them with witty quips and insults, allowing Billbert’s and Linoliamanda’s families to escape.

Billbert laughed as they drove away from the hospital. “That’s an odd group of superheroes, Mom. How do you get anything done?”

His mother scowled. “You have to understand the scope of our mission. We’re not flashy like Superman or the Avengers. We stay out of the spotlight and fight crime and inequality in a more local and individual way.”

Billbert raised an eyebrow. “Is that why Nuclear Fission came all the way to our town?”

Knave; dresser
———
I start awake to discover a playing card— the knave of swords— nailed to the dresser with a dagger. The message is clear.

I raise a steel-braced arm as I whirl to deflect the intruder’s crossbow bolt into the wall behind me. Snatching up a sword, we engage in a storm of flashing steel. I pour everything into a lunge, which he parries, but my momentum overbears him onto the bed. As we wrestle, I inexorably force my dagger to his throat. “Yield!” I demand, and he finally nods, not quite reluctantly.

My turn to be the top this time.

“Juliette didn’t want to stop driving; she was making too good time. Her bladder was uncooperative. She saw the next exit had services and found the tiniest outpost of human encroachment on the deserted wastes of — she didn’t know if she was still in Texas, or had made that imperceptible transition into New Mexico. She hated making these runs. They were too long, and she didn’t even know what they accomplished. But, she was again reminded that ‘the scope of [her] employment does not extend to the enterprise’s transactions’. But she also knew not to bit the hand that feeds.”

You would think that the Truck Stop Preacher was the Truck Stop Killer.
I mean, everywhere the Preacher showed up, a waitress wound up dead.
A waitress that had served the Preacher.
Grilled cheese sandwich, black coffee, and a five dollar tip.
Every body found had a bloody five in her mouth.
But there was no evidence. No witnesses.
No fingerprints, DNA, nothing at all.
Just a coincidence, a solid pattern.
It wasn’t enough for the police to hold him.
Truck stops won’t serve the Preacher now.
“Go use the vending machine,” the waitresses say.
And nobody’s been killed since.