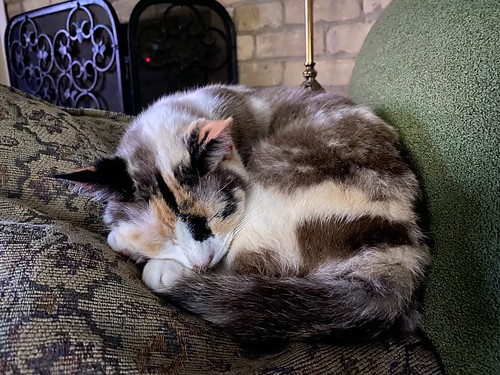 Why is mother crying?

He got caught up in a gang, hawking a new designer drug

When the cops kicked the door in, our Johnny didn’t run

And now his days are numbered, waiting on death row

The chair awaits to claim his life; justice will have its way

An eye for an eye, a life for a life, on Johnny’s final day

So, Johnny sleeps; and his mother, weeps.

Miss Appleton crouched to look at my painting.

“So, this is your house, and that’s your dog… And who’s this then?”

Tongue, stuck out in concentration, I mumbled, “That’s mother.”

“Oh, and why is mother crying?” Miss Appleton asked, pointing at the smudged red teardrops running down her face.

Miss Appleton looked at me curiously, “And why is she bleeding?”

“Because I stabbed her in the eyes with a great big knife!” I chuckled.

Maybe that’s why Miss Appleton called my parents, but it was far too late.

They were already dead.

Why is Mother Crying?

One minute it was a mixture of laughter and warm conversation. Then I saw the shadow pass her faces. The mussels set and her voice was edged with an empty breath. It got very quiet. Time slowed down, then stopped. My mother glazes was turn away from her assembled children and toward a haphazard pile of old worn books. Of the 100s of books in that house only three were my father’s. He was not much of a reader, but he love Tarzan. I catch my mom’s eye, she knew I knew. I said, “Sabor.” She smiled, then she cried.

The flames of the fire reflected in the tears of Billbert’s mother’s eyes. Billbert saw no need to ask his mother the reason for those tears.
Mr. Blanketmaker put his arm around his wife’s shoulder and hugged her. “I know it’s sad, dear. But we’re insured. We can rebuild our lives.”
Mrs. Blanketmaker shook her head. “It’s true. This is sad. More than that, I’m angry. I’ve had it with Nuclear Fission harassing us. It’s gone on for years, but this is going to end. I’m going to kill her.”
Billbert knew his mother wasn’t one to make idle threats.

Why is Mother crying?
———
The mothership was less than halfway to its destination, the star directly ahead, still light-years distant. Maintenance droids scurried about, perpetually undoing the work of entropy upon the ship.

But in the most important chamber, sirens perpetually wailed. Softly, so as to not alarm the droids, but Mother would not silence them entirely. For over the decades, the humans carried in hibernation had, one by one, all died. The machinery had been built as well as it could possibly be, but still it was not enough to preserve them through the voyage.

The ship flew on, crying in the dark.

Mama Cried
My parents are very much against Country music – they didn’t like the depictions of infidelity, and alcohol and drug use. Naturally, in this environment, when I reached my rebellious adolescence, I began listening to this ‘forbidden’ siren’s song. If you imagined these men were singing about their actual lives? I began to understand what my parents had been saying. Merle served a life sentence without parole. Johnny shot a man in Reno, just to watch him die. Hank and his son Hank lamented about the troubles booze has wrought upon them. We can only imagine why their mamas were crying.

The afflicted stumble the desert in large herds.
Their black robes like shadows on the dunes.
They stop to kneel and pray.
Then rise up together to continue.
To where, nobody knows.
Their faces show determination and direction.
But if you watch them… track them like we do, microchips sewn into their robes, no pattern exists.
Day to day, they wander this way and that.
We leave food and water out for them.
“A MIRACLE!” some shout, falling to their knees, praying.
Are they praying to us?
Their providers? We who watch over them?
Or to be saved from us?