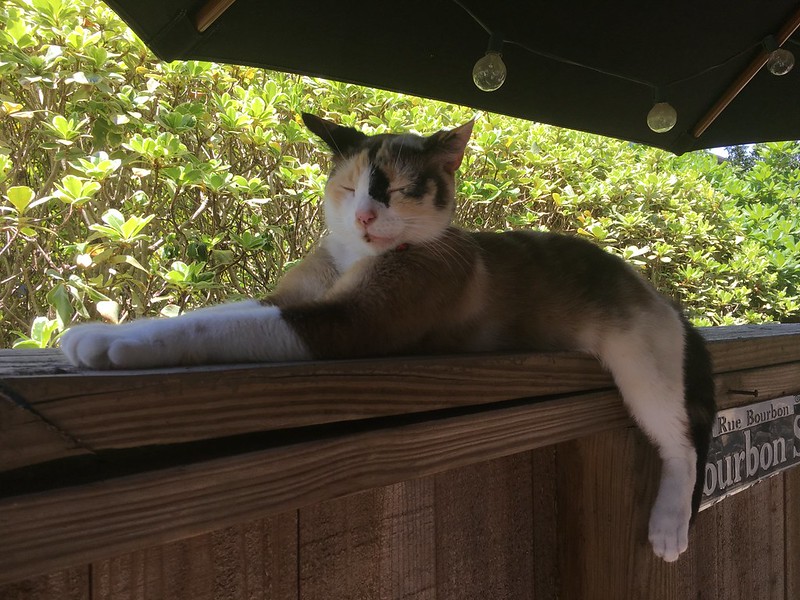 On Slacktivism
By Christopher Munroe

A public service announcement: Nobody’s mind has ever been changed about any issue based on a political meme they saw on Facebook.

Everyone, on some level, understands this, yet we keep posting and reposting the damn things as though they helped illustrate any sort of point.

And people who I DO agree with politically? This is directed at you too.

I understand that, it’s just that you’re not.

You’re not contributing to anything.

Math is Hard
by Jeffrey Fischer

Demographic change is a harsh mistress. She can be a bitch. Liberals will tell you the West has nothing to fear from a Muslim minority. Just a few generations will change the nature of the debate. In a native population that isn’t growing and an immigrant population that doubles in size every generation, a 20% minority today becomes half the population in two generations and two-thirds in only three. I’ll venture a guess that at that point gay and transgender rights won’t be at the top of the agenda.

Liberals insist that a two-degree temperature change a century from now is our greatest threat, but are blind to closer catastrophes. This what happens when one dozes through math class.

The Debate
by Jeffrey Fischer

Hillary Clinton squared off against Donald Trump in their only televised debate. The moderator implored the candidates to stay on topic and avoid personal attacks. First question: what are your strengths?

Hillary: “First, I want to thank the American people for tuning in tonight. Seeing a debate with a woman candidate is so important. Second, as a woman Secretary of State, I was a role model to women everywhere. Did I mention my gender? In conclusion, women: vote with your uterus!”

Trump responded, “Strengths? Oh, I have strengths. More strength than you can imagine. And I’ll use those strengths to make America great again! I have plans to use my strengths, and I’ll lay out those plans shortly. I tell you, it’ll be YUGE!”

The network cancelled the rest of the debate, showing a “Judge Judy” rerun instead.

Boggins was roused from a fitful sleep by the uncomfortable and chilling realisation that he was no longer alone.

He sensed a presence in the darkness of the cave with him and called out nervously:

“Is there somebody else in here?”

A sibilant whisper came from the murky depths in response.

“I think the question is rather, why is you here? And, what has it got in its pockets?”

Now terrified, the hobbit babbled, “Let’s not get into a debate about it… How about I just slope off and leave you in peace?”

“I think not!”, came the chilling reply.

People will always debate the ethics of the death penalty.

Is it morally right to take a life to appease the taking of another?

Personally, I have no views either way – I simply do my job. Others can debate whether it’s right or wrong.

Thankfully, it’s a pretty one-sided argument as far as I’m concerned, because once they strap you into that chair and attach the electrodes, you know that it’s an argument I’m going to win.

The switch is thrown.

I course around your body, burning and sparking through your mortal flesh.

Sound Reasoning
August Wagner was state debating champ four years running. I spend endless hour helping him build his card file. I was no debater, to this day I couldn’t win an argument to save my life, but August had the ability to slowly set the seeds of doubt in the most ironclad defense. The most frequent reply from his opponents was: we never saw it come. After college we drifted apart. I googled him last year. Seems he became a member of a select group of lawyers who brought case before the Supreme Court. There’s no debating the man had game.

Debate
———
As my candidate’s champion, I armed myself for the debate. Vambrace, rerebrace, pauldron. Pixane, cervelliere. Iron-framed goggles. Finally, my debating sabre.

The judges decide victory not by first blood, nor a scoring of hits, but by the duellists’ strength of character. Each must stand his ground, heedless of injury. To once lift a foot from the floor may lose the match. Even a too-quick parry is frowned on, and victory never goes to a “klugfechter”, one who evades every strike.

Of course the performance has nothing to do with who would be the best President, but what debate ever did?

The two sides presented their arguments in a very civilized manner. There were no interruptions. The audience clapped in unison after each speaker. The moderator smiled content with how everything was going. During the break, a man sitting at the back stood up and started yelling something about kiss and everyone thought he meant the band. He was rapidly removed by security much to the perplexity of those sitting on the right side of the isle. Those on the left side snickered. At the end, viewers voted. The numbers were clear. The vampires won and it was a bloody mess.

“Mickey. What are you looking at?” Mandy called from the register.
Stepping back from the front window Mickey struggled with an internal debate. Should he make up a reason to run after Polecat and see what she’s doing in the library, or stay at work and hope she’s still there after his four hour shift?
He’d probably lose his job if he ran out now.
“What was so interesting out the window?” Mandy asked when he finally came back.
Another internal debate.
“Oh. Just a girl I know,” he said.
“A pretty girl?” Mandy teased.
“Pretty Smelly,” Monkey Boy said.

Sorry honey, I can’t do any chores right now because I will be watching a live debate. Not a Presidential debate, a Nutty Debate involving things that are cool mixed with nerd rage. I’m hoping the debate topic is ‘What’s Best Superhero Musical’ I am rooting for Filker Tom Smith’s The Last Hero On Earth, Team Starkid’s Holy Musical B@man, and Pete Townsend’s Iron Giant which I believe inspired the Iron Giant cartoon movie. I suppose I should check Nimlas dot org to see what tonight’s debate is and which steaming website it’s on before I get too excited.

After television networks tired of the name-calling and lies in political campaigns, they tasked IBM with creating virtual candidates based on the speeches and policies of historical figures.

These profiles were enhanced with mountains of data that honestly reflected their actual job performance, which eliminates the usual pandering and empty promises of most candidates.

The public loved them. In fact, they protested against the real candidates, and demanded the virtual ones.

Other countries joined the movement, as President Watson expanded the digital empire’s reach.

One thought on “Weekly Challenge #520 – Debate”