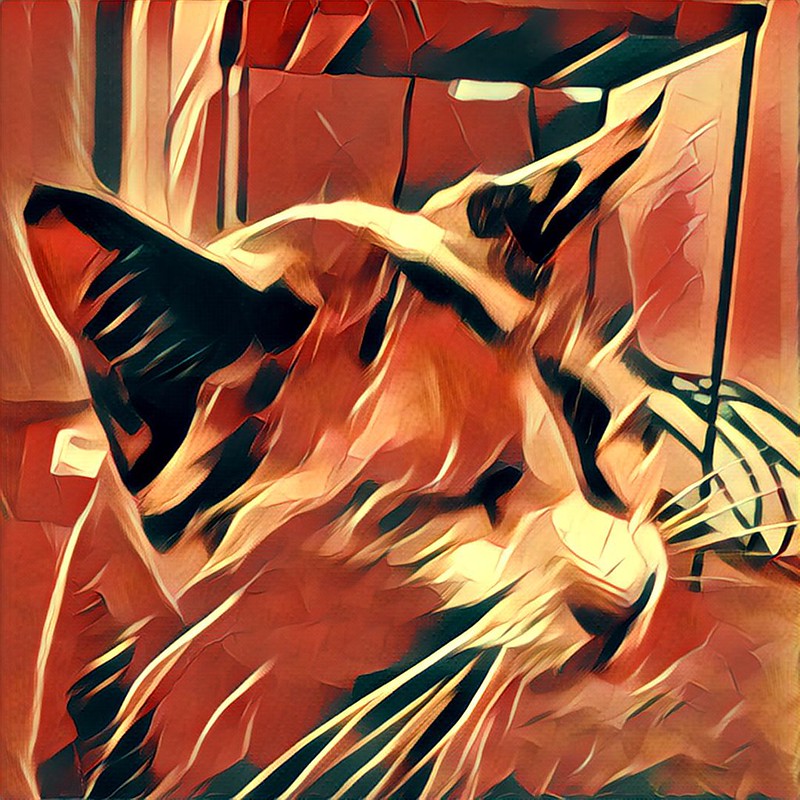 The Endless Ones
By Christopher Munroe

The Endless Ones slumber beneath the city

Unthinkably huge, eternally old and horrifying beyond all imagination, simply to view them is to go mad from revelations no mortal man was ever meant to know. Surely upon waking they could destroy us, one and all, obliterating our city and all who dwell within it without so much as a thought.

For such is their power, their horrible majesty, that we are but gnats upon their surface.

Fortunately for us, here on the surface, their sleep is, like they themselves are, endless.

So yeah, we’re good. We ought to all be fine…

When I was a new employee, meetings were exciting. I got to meet people, discuss ideas, see how the decision-making process worked. Occasionally, there was the illusion that others took my ideas seriously. The shininess wore off quickly, and an endless stream of meetings became another chore along the relentless journey toward retirement.

However, as an older, wiser bureaucrat, I know something my younger self did not: my presence is not needed at almost all of those meetings, and skipping a dull, unproductive session has no negative consequences. Outlook’s “Decline” button is my friend.

As a young child, I resented being told to take a nap. I now know this was my parents’ way of getting a little peace in the afternoon, but I convinced myself I didn’t need the extra sleep.

Now, in my 50s, I relish the opportunity to take a nap. Briefly sleeping in the afternoon recharges me physically, makes me ready for the rest of the day. A nap refreshes me mentally as well, providing a temporary halt in the endless stream of stimuli. In short, naps are good.

The trouble is, my boss never thinks so when he comes into my office, only to wake me up.

I became a Buddhist primarily for the perks.

When I say perks, I’m referring to reincarnation – who can fault a belief system that gives you as many lifetimes as you need to perfect the art of not screwing up?

However, what they don’t tell you until it’s far too late, is that they managed to get all that stuff about coming back as another animal or person completely wrong.

When you’re reincarnated – you come back as yourself, starting the same old life all over again.

An endless cycle of constantly screwing up.

She was like the universe. Endless. She went overboard with her glute exercises and she stewed all the fat off her back end. She tried desperately to put the bootie back on by eating big tubs of hummus slathered with sour cream, but nothing worked. She had an alcoholic’s ass, and it was a disaster. No outerwear would help, but she found that foam inserts in her panties would suffice. Some days she would forget to insert one or the other of the foam pads, and went out with one cheek. She had to turn the other cheek all day.

Nancy related her funny stories about her visits to the gyno, which were numerous and fascinating. She told us that she always apologized for not grooming before she went for her exam. She was embarrassed that she had such an enormous amount of vegetation down there. Her friends always laughed and whispered to each other when they saw her in the gym’s locker room. She believed that her generous grove protected her parts from soft tissue injury and made her stand out in a crowd of the younger women who insisted on tinkering with their presentation and manicuring their muffs.

Nancy’s friend was born without the buttock gene, thus endless, so at twenty she opted for buttock enhancement surgery in an out of the way clinica in Northern Mexico. She left the surgery on Monday afternoon, and awoke with an infected caboose on Tuesday morning. In addition to the infection, the implants were placed incorrectly and unevenly because the good doctor was a little cockeyed and had a bad astigmatism. After her complete, two year recovery, she had an uneven undercarriage, and looked ridiculous in her bikini. A surgeon on Rodeo Drive fixed her up and recycled the silicone implants.

A couple of concepts, infinity and eternity, are supposedly endless but nobody really knows for sure. At least with infinity, as it relates to mathematics, I can at least grasp the notion of taking the largest number I can think of and adding one to it. Eternity, on the other hand, is much harder for me to conceive. I can’t just think of the longest time I can imagine and add a day, and hour, a minute, or a second to it. Oh shit, I just wasted five minutes thinking about eternity, I’ll never get that time back, will I?

The endless road disappeared into the blue haze. The boy and the old man moved along the broken pavement steadily, but cautiously. “I’m thirst,” said the boy. “I know,” said the man. There was little else to say. A dot on a well-ware piece of paper was their goal. The map had cost them dearly, food, blankets, but more pressing water. What made this map worth the price, was its penciled additions. All along the blue lines were tiny gray crosses. Each marking the location of a shrine to Saint Oscar the patron saint of wanders. “Are we close?” “Soon.”

Contrary to what Orwell might have said, the worst thing in the world isn’t to be found in room 101; neither is it the threat of being devoured by starving rats.

The worst thing in the world is far more mundane than that, and most of us have experienced it at some time or other.

Simply put, the worst thing in the world is the simple, endless repetition of that one small thing that drives us crazy…

And, given time, it will drive you to murder.

She sat and listened to the world around her. The wind whispered softly. The tree branches murmured familiar words from the past. She tried not to listen. She tried. The branches rustled louder, threatening to undermine her determination. And she looked beyond the line dividing the horizon in two, that line so rugged, so hilly, so full of pain. She closed her eyes and whispered with the wind. And she sat, she just sat, and listened to the world around her, an endless string of promises filled her with hope. A day, only a day, and everything would be different.

I am the Bard and my pen is a mighty sword.
On joyous wings my imagination takes flight and soars among the distant hills and valleys that are captured within my mind.
With a sword in my hand, I do battle to preserve truth, justice, and my ideals against those who would do evil and harm to my friends and myself.
Across vast landscapes I travel the dusty roads, visiting the towns and villages along the way, spinning my yarns for the young and old, asking only for a smile, a hug and a thank you.
I am the Bard.

Like the endless sands of time the bard’s tales flow forth in the pursuit of providing entertainment and enjoyment to all of those who would be listening.
Carefully crafted, each tale brings the listener on a new journey with shining knights, fair damsels in distress and of course the villain.
With stories painted of gallantry, courage, evil and cowardice, across vast landscapes of the countryside, in the narrow streets of the towns, our hero travels as he continues his never ending pursuit for the rescue of the fair maiden from the clutches of the evil desperado.
I am the bard.

Mandy shrugged and went back to work.
“We saw Polecat head up the road,” Cherry Cola said. “Shouldn’t we go after her?”
“No. By now she could be anywhere,” Mickey said. “Her potential hiding places are endless without inside information. I think we should probably give up for now.”
Ferrit agreed. “Yeah. Anyway. It’s a school night. I need to head home.”
“Sure Ferrit. Take care and thanks for your help.”
Cherry looked at him like he was crazy.
Mickey watched Ferrit leave, then said, “Give her a minute, Cherry. I think one sister will lead us to the other.”

Endless
———
“…to say a hundred words. I have made reality what the ancient philosophers only dreamed as myth, that time is cyclic,” declared the scientist at the press conference. “I have invented a time machine! When I sent my first prototype into the past, the temporal paradox forced the universe to eject the machine into an endless loop of time of its own. But if we are inside the machine when it jumps— and I have built another one enclosing this whole room— we will see a time loop from the inside. It will be about a minute long, long enough to say a hundred words. I have made reality…”

Death is not endless sleep.
Because sleep is sleep, and death is death.
You can wake from sleep. You cannot wake from death.
You dream while you sleep. You do not dream while you are dead.
Molly’s Mom continued to lecture her daughter on the differences between sleep and death.
“Stop,” said Molly. “All I wanted was a bedtime story.”
The hologram of Molly’s Mom stopped lecturing, and smiled.
“Once upon a time,” it began.
The hologram generator needed an upgrade.
But Molly’s Father was still in shock.
After the accident, which killed Molly’s Mom.
“Sweet dreams,” said the hologram.