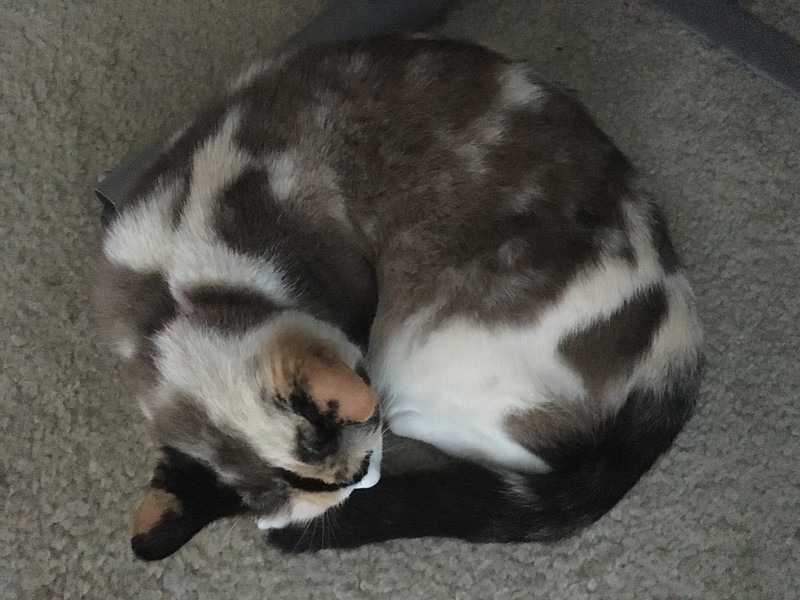 You cannot petition the Lord with prayer.

“Teacher now that we have eaten how may we best pray?” “Do you pray at all, but if you must say this:”

Our toothpaste who art in the medicine cabinet
Hollowed be Thy tube
Thy sonic run,
Thy flossing be done
On molars as it is on bicuspids
Give us this day our daily menthol
And forgive us our root cannels
As we forgive those who root cannel against us;
And lead us not into Gingivitis
Bur deliver us from drilling
For thine is the oral care, the power brush
And the bridge work for ever and ever
Amen

“What do you keep in that jar, Bernie?”
“Lard.”
Connor got closer to the shelf.
“That doesn’t look like lard.”
“Oh, right. That’s an eye.”
“Human?”
“Of course, human.”
“Whose eye is it?!” asked Connor, shocked.
“It’s Parker’s.”
Connor took a step back.
“Why?”
“My wife was having an affair with him.”
“Shouldn’t you have plucked your wife’s eye instead…?”
The second Connor uttered these words, he regretted it bitterly.
“I did, both of them, and ate them too.”
Horrified, Connor watched Bernie flip a piece of meat on the grill and realized he hadn’t seen Bernie’s wife in weeks.

Pete had a mission. He set out to grow a new johnson in a lab jar, as his was lost in a motorcycle accident. He failed three times, spending thousands of dollars, so he decided to go overseas and shop in Southeast Asia. He found some deals in Malaysia and Vietnam, but prices were beyond his budget. He finally settled for a deal in Jakarta. The broker was a un-licensed Urologist, and together they worked out the details and the price. There were three, poor students who owed a lot of money for college tuition that were willing to negotiate.

Pete completed his transaction in Jakarta, carrying the refrigerated item home in a vacuum jar and nitrogen coolant. The baggage handlers checked the item through with no problems, as the package was labeled lab specimen, insured, and sealed in a wax bolus. He caught a cab back to the lab on his way home and left the jar in the cab. In a desperate rush he called the cab company to get his package. In describing the contents to the dispatcher, she hung up on him twice. The dispatcher called the police and got them, the FBI and FDA involved.

A jarring stop woke me from an uneasy sleep. I looked out the window. The train was between stations, with nothing but wheat fields illuminated by moonlight to see. Angry voices came ever closer, the tone suggesting the speakers were used to obedience. I had a reasonably good idea that the visitors who had stopped the train were state security, and they were looking for me. I sighed. The train was fast and comfortable, but it looked as though the rest of my journey to the border would be on foot.

When we first came to Earth, we observed the culture carefully. Much of the culture was aimed at creating something the humans called “fun.” For example, we noticed that, on hot summer nights, children enjoyed chasing and catching luminescent flying insects and putting them in jars. Sometimes the jar would have holes punched in the top, sometimes not. This was considered fun.

When the humans arrived on our planet, we extended them the same courtesy. On hot nights – which, given the proximity of our planet to our sun, was all year – we let our children chase humans and put them in jars. Sometimes the jars had holes punched in the top, but most of the time we didn’t bother. Like those creatures on Earth called lightning bugs, there were always more humans to replace the ones who suffocated. The humans were right: this was fun.

After tramping wearily through the forest for hours, Boggins heard faint sounds of laughter in the distance. Cautiously he struck out towards them, until – to his utter delight – he stumbled from the trees onto a roadway, at the side of which stood the incredibly welcoming sight of an inn.

Without hesitation, he pushed open the door and strode to the bar.

“Landlord! A jar of your finest foaming ale, and as much food as you can heap upon a plate!”

The landlord looked appraisingly at Boggins.

“Food’s off”, he muttered, “And no booze without proof of age, shortarse!”

My husband was far too possessive – always demanding to know where I was, what I was up to, and with whom. If I was late home, there was hell to pay if I was unable to explain myself.

Friends were vetted, activities had to have his seal of approval, and spur of the moment nights out simply didn’t happen.

It couldn’t last, of course – you can be pushed too far… But, despite everything, I like to think he’s happy now.

That’s why I keep his head in a jar… That way, he can watch me all the time!

The Jar
By Christopher Munroe

I keep an old jar in my bedroom.

It’s the sort of thing you’d assume was antique if you found it in a rustic farmhouse, but which you realize seeing it in my downtown apartment is almost certainly a replica.

I keep it by my bed so as to grab it, first thing when I wake up.

I whisper my hopes and dreams into that jar.

And then I seal it, tight, locking them away.

And that way they won’t trouble me during my day, while I’m off working my day job…

Jar
———
Bill gets weird ideas, but that’s what he’s for. “Have you ever wondered if you’re really a brain in a jar, living in a simulation?”

I replied, “If it’s perfect, by definition you can’t tell.”

“Miracles would be a clue,” he responded. “But the simulators patch them. Enlightenment experiences, maybe. Maybe we should study meditation.”

I took off my immersion rig and let the simulation handle the conversation, as I contemplated Bill’s brain in the jar.

We were pretty sure we *were* in a simulation, and we desperately needed ideas for breaking out. How better than to simulate a simulation?
———

Mickey knew he’d been seen and that Ferret would be looking for him at every turn. He couldn’t switch back to human form. His clothes were back at the restaurant. If he changed now he would be wearing only his fuzzy monkey shorts. With the change in size, they might as well be fuzzy bikini shorts.
He needed to switch things up, maybe double back somehow.
The door to the stairwell stood ajar. He could descend a few floors and sneak out a window.
Opening the door he was greeted by the sound of many feet climbing the stairs quickly.

Once upon a time, there was a man who wasn’t there anymore.

By the time you noticed him, he was gone.

You could ask him, but he’s already gone.
He’s never anywhere long.
Just long enough to notice that he’s not there anymore.

One day, you might see him.
You might even catch him.
Will you know what to say to a man who isn’t there anymore?

I don’t know. And you probably don’t either.